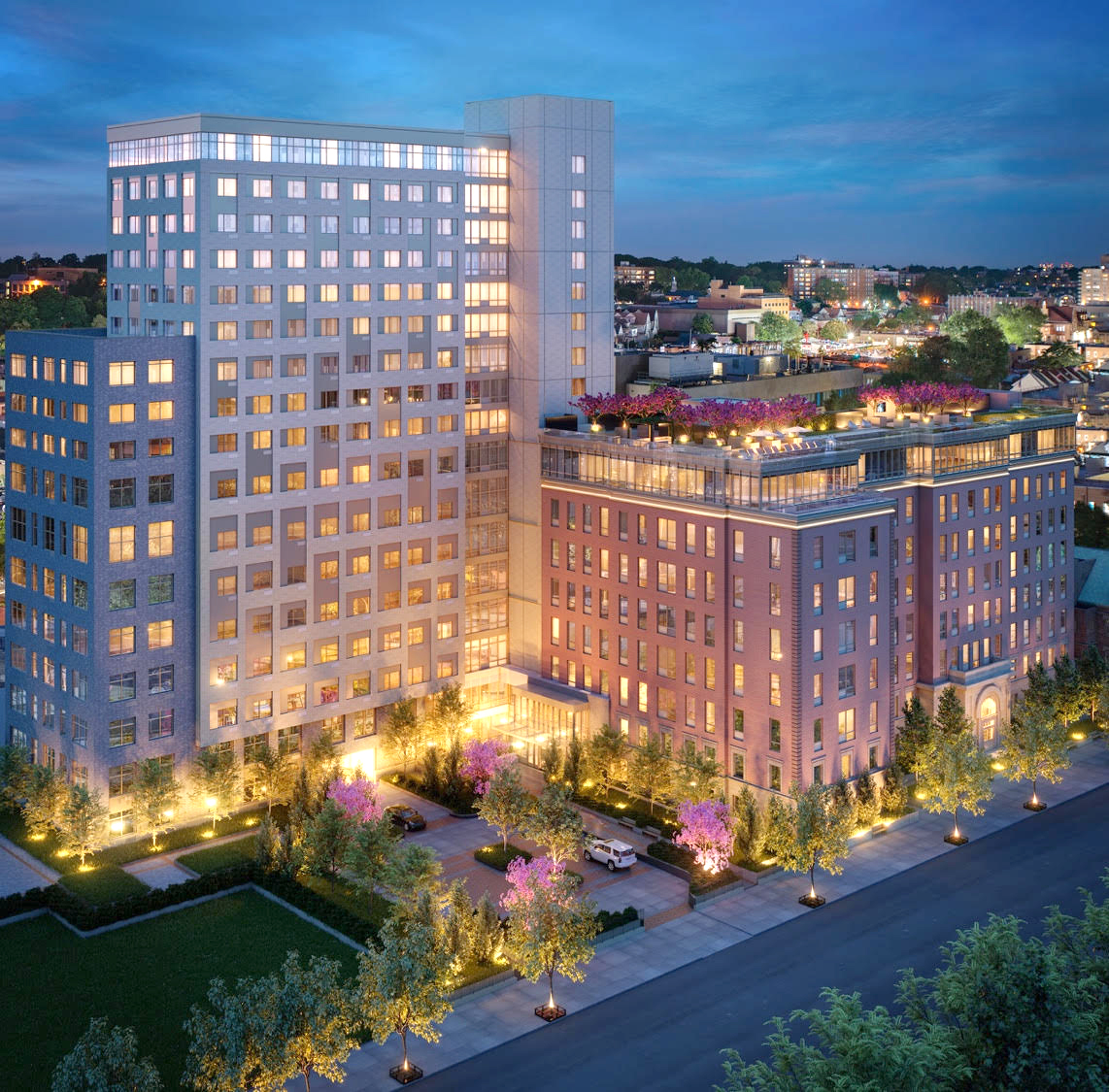 Leasing is underway at Park Hill City, a luxury rental building being developed by the Chetrit Group on the site of the former Mary Immaculate Hospital in Jamaica, Queens.

Designed by Hill West with interiors by Whitehall Interiors, the adaptive reuse project will combine original features of the former hospital and modern design elements to blendinto the surrounding neighborhood.

Composed of two main structures that were formerly part of the hospital, Hill West will enlarge one building and replace its façade with a contemporary metal and glass skin.

Hill West will restore the limestone and brick façade of the adjacent original pre-war building and add a one-story penthouse addition.

The property will feature over 20,000 s/f of indoor amenity space, including a 60-foot lap pool, fitness center, arcade, children’s playroom, café and juice bar, screening room and multiple lounges. The building will also have an 8,000 s/f roof terrace.

The project will also include an eight-story building on the northeast corner of the site which will contain 207 affordable units under the Affordable Independent Residences for Seniors program.

The building is leasing and construction is slated to wrap by the end of the year.