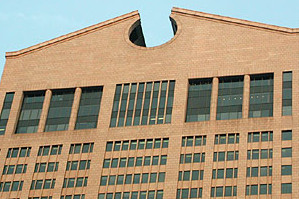 The Chetrit Group has reversed its plan to turn the Sony Building at 550 Madison into uber luxury condos and instead sold the property for $1.45 billion.

Saudi Arabian investment and manufacturing entity, the Olayan Group has partnered with European property group, Chelsfield, to buy the iconic tower and maintain it as a commercial asset.

“Olayan America and Chelsfield will offer this building for lease to high-quality commercial tenants,” said the partners in a statement.

“The 37-story property comprises 850,000 s/f of Class A office and prime retail space on Madison Avenue.”
Elliot Bernerd, founder and joint chairman of Chelsfield, said that the company is “delighted to partner once again with Olayan on a trophy property in a world-class city.”

According to residential expert Jonathan Miller, president and CEO of Miller Samuel Inc, Chetritʼs change of course is possibly due — at least in part — to the slowing of the high-end residential market.

“Since developers are in the business of being compensated for taking significant risk, the sellers accepted an offer well above their reported purchase price,” Miller said in reference to Chetrit’s acquisition of the Sony Building for $1.1 billion in 2011.

“The super luxury condo market has significantly weakened during the property’s holding period with a rapid escalation of competition. A higher value was seen by the buyer to keep the property as a class A office building. The highest and best use of these properties can change relatively quickly as market conditions change.”

David Amirian, CEO and founder of the Amirian Group had a similar take on the market. He pointed to a slower cadence beginning to develop over the past two years in regards to the sales of $5-$10 million homes.

He estimated that non-union work would clock in at $5-700 and said that “right off the bat,” developers are likely starting at a $1,000 psf price tag when developing new high-end condos.

“If you were just going to look at it at face value, the strength of the market for $10 million apartments over there is not what it was a year ago,” Amirian continued. “It just isn’t there.”

He listed 220 Central Park South, 432 Park and the Nordstrom Tower as competition in the ultra-luxury market had Chetrit stayed the residential course.

“Not to say the Sony building wasn’t going to be amazing, but they’re running into larger and larger competition and other projects have not sold out at that price point,” Amirian said.