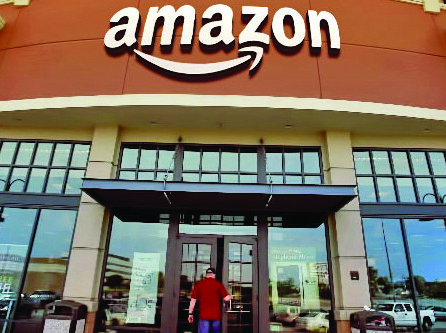 Challenges and opportunities in the retail real estate market, 2017

As we bid adieu to a fraught and tumultuous 2016, we can look forward to an even more unpredictable 2017. For the retail market, we will see the continuation of some trends, most notably the increasing dominance of e-commerce and the strengthening dollar and increasing interest rates. We will also see the full impact of the Trump presidency (for better or worse).

Here are some trends that will impact owners of retail in New York City and retailers in the year to come. First, some challenges that we’ll have to face:

AMAZON, THE 800 POUND GORILLA – From books, to consumer goods and groceries, to luxury goods, to electronics, no sector is safe from Amazon. The company has relentlessly pursued its strategy of dominance, and it finally appears to have the potential to have a real and meaningful impact on rents in Manhattan. The decline and fall of our treasured independent bookstores (Scribner’s, Rizzoli and too many others to recount) is well documented, but now consumers in almost all sectors routinely walk into a store, whose proprietor pays rent, sales tax, labor costs and all other related expenses, snaps a picture of the desired item, and goes home and buys it online. Then that same consumer laments the demise of her favorite neighborhood store. E-commerce grew from 7.4% of total retail sales in the U.S. in 2015, to 8.4% in 2016 (U.S. Dep’t of Commerce), a tremendous change for a 12 month period.

Amazon is now planning to roll out 2,000 Amazon Go stores – small stores, the size of a 7-11 but with a variety of goods that customers can simply take off the shelf and walk out of the store without interaction with a human, as payment occurs when a scanner reads your phone as the item exits the store. Amazon’s compound annual growth rate is 19%, and its razor-thin margins of just over 2% are expected to rise to 7% by 2020 (Morningstar). Be afraid. Be very afraid. Retailers that succeed in 2017 will be offering more than Amazon can offer.

TOURISM: ARE WE KILLING THE GOLDEN GOOSE? – The most consistent and dependable force in New York retail over the past decade has been tourism. Total visitors to the City rose from just under 40 million in 2004 to 60.3 million in 2016 (NYC & Company). In 2014, those visitors generated over $40 billion in spending, $22.5 billion in wages and 362,000 jobs. Of that number, 12 million were international. Those 12 million visitors were responsible a disproportionate amount of that spending. They generally stay longer and spend more per capita than domestic tourists. This year, China accounted for about 950,000 tourists. Given the new administration’s sabre-rattling at China, as well as the strength of the dollar, it would not be surprising if those numbers see marked decrease in the coming years. Let’s say there’s an overall reduction of five percent in tourism resulting from all of these factors combined. That would be over three million fewer tourists, and over 600,000 fewer foreign tourists. The resulting damage to hospitality, restaurants and luxury goods retailers will be significant. And if you’re a landlord who depends on those tenants to pay rent, you will be directly impacted.

RESTAURANTS: TROUBLE IN THE KITCHEN – Rising rents have been blamed for the demise of many beloved New York dining institutions, and owners like Danny Meyer have been vocal in decrying this trend. But less discussed is the impact that new City regulations are having on operators. The Fair Wages for New Yorkers Act of 2014, signed by Mayor DeBlasio, raises wages for many low-wage food-service workers, and expands benefits like paid sick leave. While the goal is laudable and needed, there has been widespread concern as to how restaurant owners will pay for it. Inevitably, a good portion of the increase will fall on the consumer, but how much more can be charged for a burger or a salad? And when the lowest-wage workers get a raise, other workers at a restaurant with higher level skills also demand a raise. Look for some restaurants to succumb to these pressures in 2017.

It’s not all doom and gloom. Here are some opportunities to capitalize on the events of the coming year:

RETAIL CONDOS: BUYING OPPORTUNITY? – Many retail condominiums were created, bought and sold in the last decade. The sector came into its own, as low interest rates forced those seeking a decent return on capital to explore alternative investments. Many institutional buyers flooded in, as well as family offices and professional real estate investors. The model is simple: buy a retail condo with a solid tenant, clip a coupon at 3-5% annually, then re-tenant the space at a much higher rent when the lease rolls because, hey, won’t rents always rise? But what happens when a tenant goes south unexpectedly, and market rents are far lower than those anticipated in the fancy offering book the broker sent out, and interest rates increase so those returns don’t look as attractive? Perhaps 2017 is when the rubber hits the road on some of these assets – owners decide they don’t want to continue paying the bank and the RE taxes for an empty unit, and it quietly changes hands or gets recapitalized with a new investor. This should create opportunities for those with deep pockets and realistic expectations of retail value.

THE BOROUGHS: COMING INTO THEIR OWN – One of the real success stories of the past few years has been retail in the boroughs. Whether it’s record-breaking rents on Bedford Avenue in Williamsburg spurred by tenants like Apple and Whole Foods; or new shopping centers in trading areas like Flushing that are packed with working class immigrants eager to live their American Dream; or a new mall on (wait for it) Staten Island with a London Eye style Ferris wheel, the boroughs are making up for years of being ignored by national retailers. All four of the boroughs have seen retail growth in the last couple of years, and this growth will pick up steam in 2017 as new housing comes on line in places like Long Island City and long-neglected parts of the Bronx like the West Farms development in the Crotona Park neighborhood, and areas of Upper Manhattan like Inwood will also benefit from this trend.

SOFTER RENTS AND LOCAL TENANTS – A GREAT MATCH – As with the recession of 2008-2010, when rents soften, the first to take advantage are savvy local retailers. Many of these home-grown retailers have sat on the sidelines as national and international companies leased acres of retail space at rents that local retailers with intimate knowledge of neighborhoods couldn’t make heads or tails of. But as the market softens and owners become more open to deals that wouldn’t have been contemplated just a year ago, these owner/operators are well-positioned to take advantage. According to REBNY’s latest retail report, asking rents on Madison Avenue between 57th and 72nd Streets, for example, declined by 11% year over year, as did rents on 34th Street between 5th and 7th Avenues. Look for more such deals in 2017 as some owners become more desperate for cash-flow on vacant spaces. And for owners, now is a good time to see which retail tenants in your portfolios are doing well and contemplating expansion in the event a vacancy does arise.

What will 2017 bring? No one can say for sure, but being aware of these trends can give us some ideas and help owners and retailers be prepared to make the most of it. Happy New Year!

The Real Estate Services Alliance (RESA) provides owners with New York City’s best-in-class real estate service professionals. RESA members work together to handle every aspect of a real estate transaction. From onset including brokerage services, due diligence, title and legal assistance to after a property is purchased including architectural services, construction, lease-up, management and accounting, the organization has owners covered. For more information, visit: http://resanyc.com/