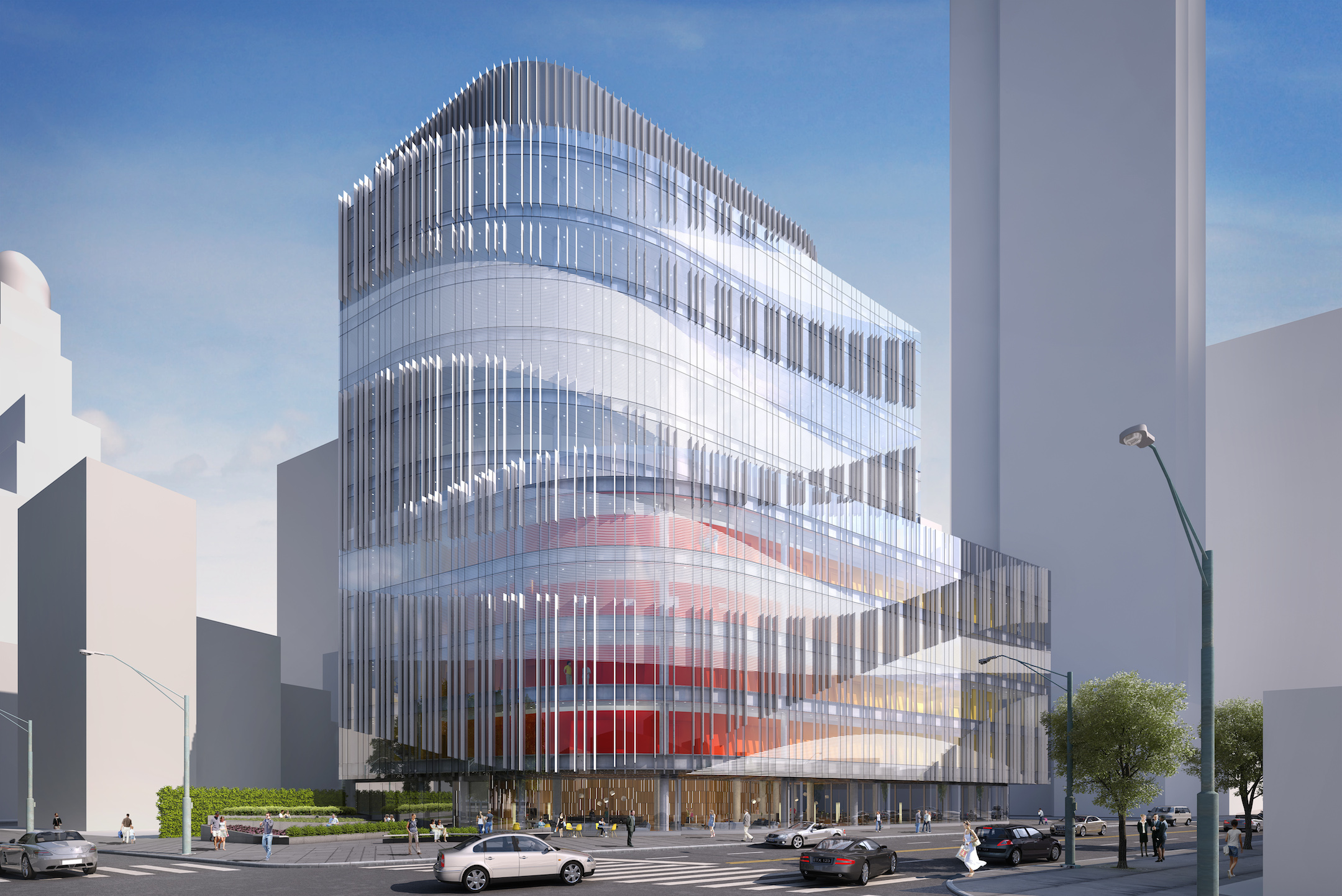 The building will create a strong presence for HCI, which is the largest New York City organization directly providing health benefits to its union membership, retirees, and dependents.

The 180,000 s/f, 12-story building is a new investment for HCI that brings a health center, office space, retail space, a restaurant, and public amenities to the Brooklyn neighborhoods. 620 Fulton Street is one block from the Brooklyn Academy of Music, on Fulton Street between St. Felix Street and Ashland Place.

It has a teardrop form and textured glass façade with frits and fins. An outdoor public space connects to the district’s existing open space network.
The HCI health center occupies five floors of the building. A major tenant will lease 40,000 s/f of the remaining 70,000 s/f of office space. The building will also have 20,000 s/f of retail space at the building’s base.

The building incorporates terraces at the 6th floor setback and on the roof, as well as ground-level retail and dining facilities.

James Crispino, AIA, NCARB, design principal of Francis Cauffman, said “We are delighted to work in partnership with HCI to achieve their vision for 620 Fulton, while transforming the Brooklyn Cultural District into a 24/7 community.”

The entire building has a unitized curtain wall system with fritted glass and 10-inch glass fins that project from the facades. The south façade will contain a mural designed by a local artist (yet to be selected). The team is targeting a LEED Silver certification.

Supermarket of the superhighway arrives in Garment District