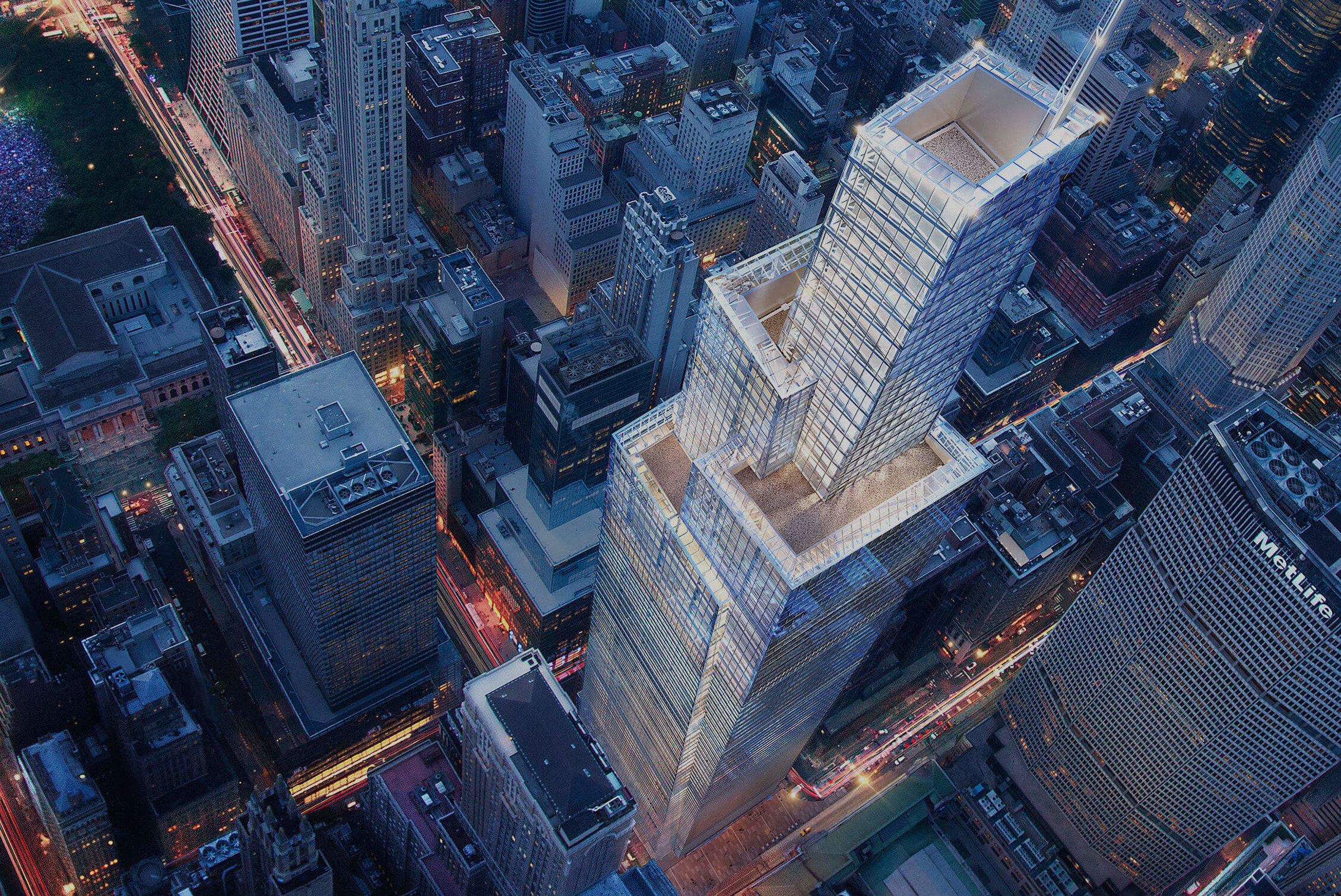 One Vanderbilt is now 37 percent leased, meeting SL Green’s end-of-year leasing goal five months early.
The Carlyle Group joins a roster of top-tier finance, banking and law firms that have committed to One Vanderbilt more than two years ahead of its planned 2020 opening.

Other tenants previously announced at the building include: TD Bank with approximately 200,000 s/f of office space; one of the nation’s largest law firms, Greenberg Traurig; international law firm McDermott Will & Emery; and global German financial firms DZ and DVB Banks.

Award-winning chef Daniel Boulud has partnered with SL Green to create a premier restaurant experience in the building.
“We’re very proud to welcome The Carlyle Group, one of the most distinguished private equity firms, to One Vanderbilt. Carlyle’s decision to locate their primary New York City offices at this world-class building reaffirms our belief in East Midtown as the city’s premier business destination,” said Marc Holliday, Chief Executive Officer of SL Green.

“With construction ahead of schedule and our annual leasing targets already met, One Vanderbilt is on track for a successful opening in 2020.”

“One Vanderbilt is a state-of-the art, amenity-driven building in the heart of Midtown that will provide a welcoming and productive environment for our employees,” said Christopher Finn, Global Head of Operations at The Carlyle Group. “We look forward to a long and fruitful partnership with SL Green and appreciate the work of our advisors in structuring this long-term lease.”

Earlier this year, the American Institute of Architects (AIA) recognized One Vanderbilt and its architecture firm, Kohn Pedersen Fox (KPF) Associates, with the AIA NY Merit Award in Urban Design.

This month, SL Green announced that One Vanderbilt construction is five weeks ahead of its projected Q3 2020 completion, with construction velocity increasing each day. Since SL Green broke ground on the building in 2016, the super structure has risen 34 stories and is expected to reach a height of 55 floors by the end of 2018.