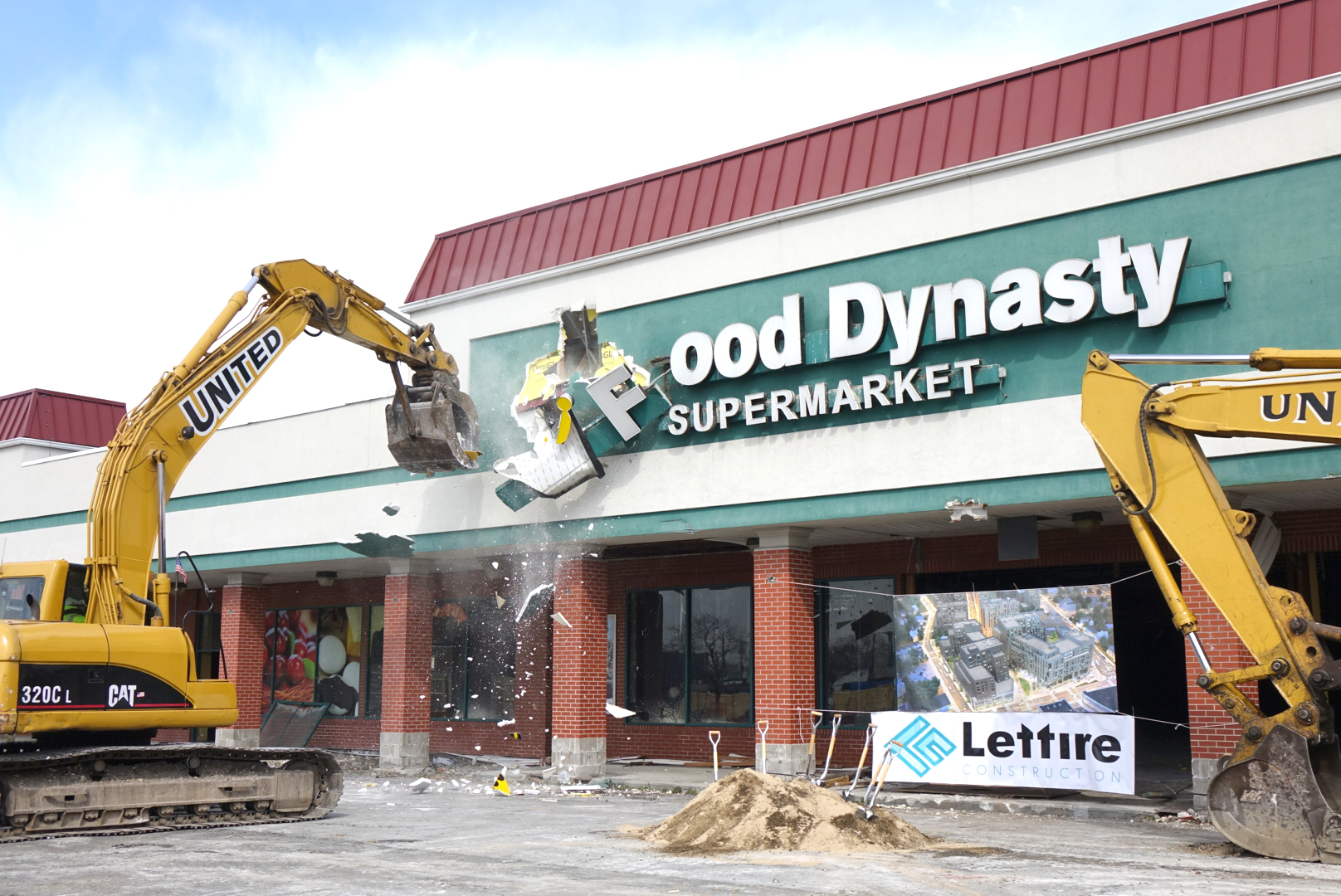 The has-been Far Rockaway strip mall in Queens has been demolished to make way for a large-scale mixed-use affordable housing development.

In its place, the 457-unit Far Rockaway Village will rise as part of HPD’s Mix and Match program.
In the first phase, 207 units will be made affordable permanently throught the city’s Mandatory Inclusionary Housing policy. The 457 newly constructed units will be affordable to extremely low, very low, and low-income households, with 46 units set aside to house formerly homeless families.

The first phase of the project is expected to be completed in Winter 2021.

The defunct shopping plaza first opened in the 1930s and eventually fell into disrepair for a number of years.
Plans to redevelop the site into affordable housing started in 2016, when Phipps Houses began working with the land owner on a development plan.

The $271 million Village project includes more than $ 130,000,000 in financing from HPD and HDC. HDC provided in total a tax-exempt financing in the amount of $72.2 million. This includes $25.8 million in tax-exempt bonds.

There are four phases in total for the project. Future phases are expected to start construction every six to 12 months.

“This project exemplifies so much of what we set out to achieve through the Mayor’s housing plan,” said Commissioner Torres-Springer. “It is not just about creating affordable housing, but investing in our communities to ensure that as the city grows, all areas of the city can thrive. The demolition of this largely-abandoned shopping center, long a blight on the community, ushers in a new era for Downtown Far Rockaway.”

“The demolition of the Thriftway Mall site is the ultimate symbol of a new day coming to Rockaway,” said Council Member Donovan Richards.

“For 40 years, the first thing people saw when they got off the A train at Mott Avenue was complete and utter blight. This site was the epicenter of the lack of investment in the Far Rockaway community, but now we are turning the page to deliver historic levels of opportunity for good jobs, affordable housing, quality retail and necessary infrastructure. ”