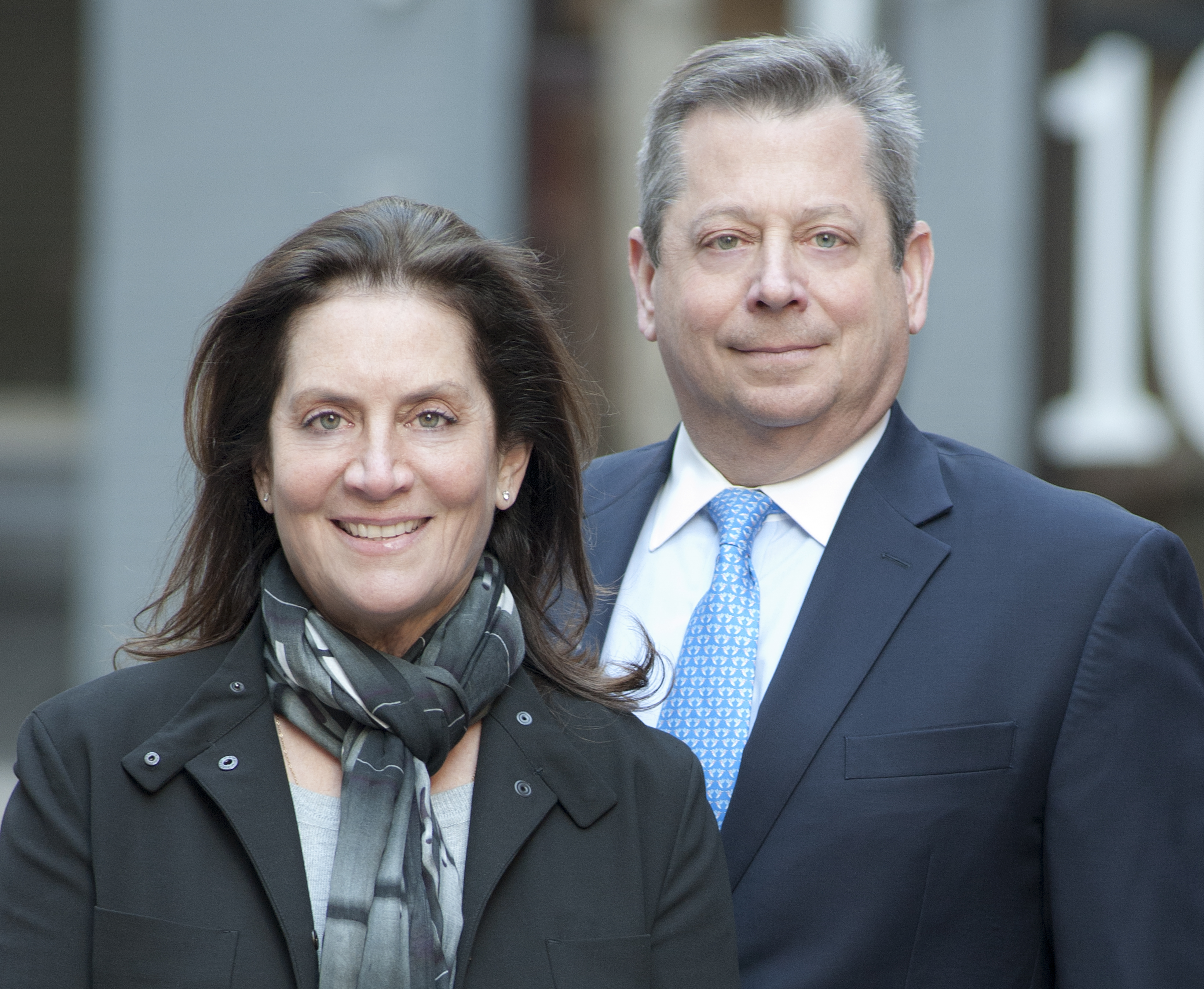 Real estate dynasties are ingrained in the fabric of real estate in New York City, from commercial to residential. Sons and fathers, mothers and daughters, even husband and wife teams can be found in every firm.

But a brother and sister team? Team O at the Level Group may be one of the first.

Geraldine Onorato and Frederick Onorato, along with two other brokers, form Team O at residential brokerage firm Level Group. Geraldine (who is eight years older) and Frederick have been working together full-time for the last four years.
The two told Broker’s Weekly that their personalities and skills work to compliment one another, and by merging their talents, they are able to give their clients everything they need and more.

“We have, as [Frederick] likes to say, a very symbiotic relationship,” said Geraldine.

“Many of the things she is excellent at, I have no interest in doing,” said Frederick. One of those things is apartment staging, in which Geraldine is an expert. Using a team of people including stagers, painters, and contractors, in two weeks, Geraldine can completely transform an apartment.

“We call it ‘listless to sold,’” said Geraldine, whose background in the creative field lends to her expertise in home design. A former advertising art director at Harper’s Bazaar and creative director at Bloomingdale’s, she has an keen eye for design and what will attract buyers and renters.

Frederick came to real estate after decades in the field of law. He had his own law practice for many years where he represented buyers, sellers, developer, contractors and banks. Frederick has a background in construction as well—he was general counsel to a New York-based construction firm.

“I like the people,” said Frederick. “I enjoy working with people, finding them what they like is always a good thing. That’s her job, she does the research. I’m good at paperwork and numbers.”

The two first began working together 8 years ago. Geraldine, who was previously at Douglas Elliman and Rutenberg before joining Level Group, would recommend her brother as a lawyer in real estate closings.

“It’s always been kind of fun, but I really wanted to be able to trust and depend on someone,” said Geraldine. The brother and sister team grew up in a tight-knit, close family with two other siblings, who they are frequently in contact with.
Real estate runs in the Onorato family—Geraldine and Frederick’s father and mother both worked in real estate when they were growing up together in Westchester. Frederick recalled driving around with his dad when he was young, looking at houses and helping to lock up homes that were on the market.

When Frederick was 17, his mother, who was a residential broker, urged him to get his real estate license. So he studied, took the exam, passed, and went to get his license. But the minimum age to get a broker’s license was 18, so he was turned down.

It wasn’t until after college and law school that Frederick finally got his license, in 1989, and he’s been involved in real estate ever since.

For Geraldine, her big push into full-time brokering came when she wanted to move back to the city from the suburbs after her kids were grown up and out of the house.

“I couldn’t find a place,” she said. Geraldine was very specific about what she wanted in an apartment, and she knew it was out there. So she got her real estate license and found it herself.

“I found that all my experiences I could put into this,” she said of real estate. “I would be looking at a bathroom like it was a photoshoot: I need to change this, that, etc. I started getting noticed for that. Whereas Fred can speak the language of insurance, the language of stockbrokers, the language of law.”

And more than just the strong backgrounds of the siblings, the process of renting or buying real estate in NYC can be an emotional rollercoaster.

“People want to feel like there’s some connection, and obviously hanging out with us you can see the connection between us,” said Geraldine. The other members of Team O also bring their own background and expertise. They include an ex-Russian basketball player, a Battery Park City expert who came from a the securities field, and a broker with a finance background who speaks French.

When they first started out as a team, many people who they met were puzzled by their relationship.

“People automatically would think we’re or a couple, or they don’t exactly know,” said Geraldine. “And at first I have to admit, it was a little odd to say ‘this is my brother.’ But now, we’re known, so it’s more like ‘Oh where’s your brother? Where’s your sister?’”

After working together for nearly a decade, Geraldine and Frederick have fine-tuned their collaborative and successful dynamic, but they admitted that they don’t always see eye to eye, but they always work it out.

“Everyday,” said Frederick about whether they have conflict. “Everyday we get worked up about something. The funniest thing is, when she gets worked up, I don’t, and when I get worked up, she doesn’t.”

The key is to not take anything personally, and come to a resolution, they said.

“Every meeting we have, every pitch we go to, at the end, we have the opportunity to walk home together or be together for a little while and we’ll say OK, what could we have done better?” said Geraldine. “We’ve done it for so many years now, there are very few things that will really be like, OK we could have done a lot better on that one.”

For now, the key initiative for the sibling is to expand their referrals and network, and that includes adding new team members. After much planning and discussion, Team O has launched a new social media presence and website, and they have already gotten positive feedback from a major designer in NYC who was impressed by their apartment staging.

“We don’t try to be experts where we’re not,” said Frederick. “We’re very, very good at what we know, and we know what we don’t know.”