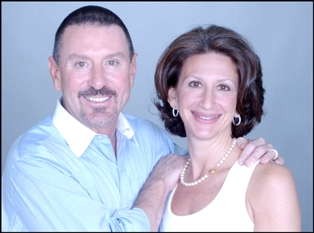 “We’ve been waiting to enter New York City for a long time,” said Bill Raveis, chairman and chief executive officer of William Raveis Real Estate, Mortgage & Insurance. “Our business model offers a stark contrast from how things are typically done in New York. We believe that our brokers are our customers, and we are constantly innovating our own business so we can empower them to innovate their own.”

William Raveis was founded in 1974 in Connecticut, but has since expanded to be the largest family-owned real estate company in the Northeast, with offices in New York, Connecticut, Massachusetts, Rhode Island, New Hampshire, New Jersey and Vermont.

The gives brokers the opportunity to form teams and brand themselves, providing the chance to build their own business within the company. William Raveis also offers a real estate concierge service, a live call center that passes leads on to individual brokers.

“New York City is undoubtedly a different market,” said Raveis. “That’s why we’re excited to bring a new business model to the brokers working here. We’re also thrilled to be working closely with Paul and Kathy as we start this new chapter. They know the New York City real estate market better than anyone.”

Paul Purcell and Kathy Braddock have more than 50 years of combined experience in residential real estate. Most recently, they were the co-founders of Rutenburg Realty, and worked to turn the firm in to the sixth-largest in New York City.

“I have known Bill for almost 30 years,” said Paul Purcell, managing director of William Raveis New York City. “We worked together when William Raveis purchased Douglas Elliman’s Greenwich and Darien branches. Kathy and I were both impressed by how prepared the company was for the hand-off. From the day we made the announcement it was a seamless transition.”

“We’ve had an overwhelmingly positive response to the prospect of bringing William Raveis to the city,” said Kathy Braddock, managing director of William Raveis New York City. “Bill truly has an entrepreneurial spirit, and his philosophy of ‘the agent is our customer’ is something that will be unique here. I think people are ready for a change, and the concept of a family-owned business is intriguing to a lot of people.”

The William Raveis New York City office is scheduled to open on June 1, 2014 and is located in Tower 56 at East 56th Street between Park and Lexington avenues.

Studley in $260M merger with Savills