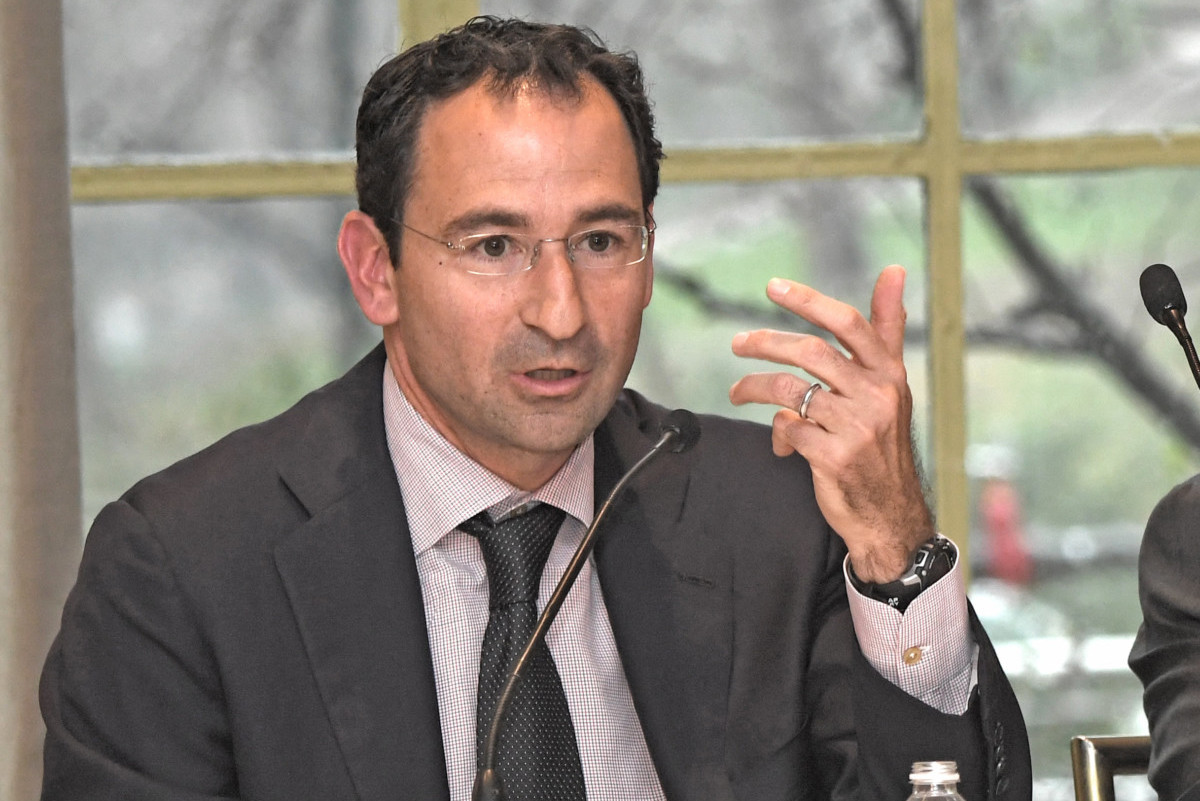 With “disruption” as the theme for the conference, Jonathan Gray, the global head of real estate for private equity giant Blackstone, talked about the changing retail market at NYU Schack’s Annual REIT Symposium last week.

Gray, the 47-year-old executive who oversees a real estate portfolio of $102 billion in equity and $200 billion in assets, said the worry over retail isn’t unfounded, but it’s also not as bad as people think. “I think retail faces some serious headwinds,” said Gray. “I think some of the breathless coverage may be a little much.”

Market data shows that online sales worldwide are up anywhere from four to 18 percent in most developed countries around the world, while overall retail sales are growing at a rate of two or three percent, said Gray.

“Virtually all the sales growth is going the way of the internet,” he said. “I think you have to recognize that retail will change as a result.”

He pointed to retail becoming more about the experience. “Amazon Prime and the idea of getting retail within an hour or two has had a really profound impact and accelerated this trend.”

Though Gray admitted that retail is a “pretty small” percentage of what Blackstone does in the U.S., what they do own is shopping centers anchored by grocery stores, a part of the market they feel is a better bet than traditional malls, which have been on the decline for years.

“I do think it’s a serious headwind, that said, I think there’s a range of outcomes,” said Gray. “I think you just have to expect that the amount of capital that needs to deploy in shopping centers will be greater than it was historically and the length of growth will be slower. I wouldn’t say doom or gloom, but I think you have to be realistic, and certain parts of the retail spectrum are probably going to get repriced.”

As the retail market has changed, so has the industrial market, as companies like Amazon seek more and more warehouse-type space. The U.S. has experienced record years in terms of absorption of industrial space.

A CBRE report released last week estimates that about 45 million s/f of industrial space was completed in the first quarter of this year, making it the highest first quarter level since 2008.

One of the fastest-growing parts of that market is the so-called “Last Mile” delivery and warehouse space. It refers to smaller industrial warehouse space within a short distance from urban centers.

“I think it’s hard not to be enthusiastic about logistics and particularly around this last mile,” said Gray. He discussed how typically the last mile services were in parts of New York and eastern Pennsylvania, but now with companies offering delivery within a couple of hours, last mile centers need to be in places like Secaucus, New Jersey, or even Manhattan and Brooklyn.