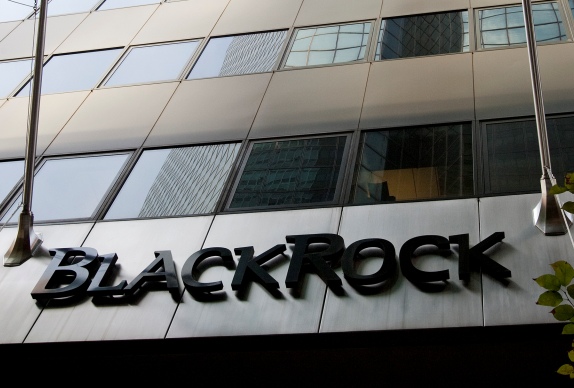 BlackRock, the world’s largest asset manager, has been put in charge of running a new credit facility set up to help large New York employers pay their workers and their bills during the coronavirus shutdown.

The Federal Reserve Bank of New York announced on Monday that BlackRock would serve as the investment manager for new primary and secondary market Corporate Credit Facilities set up on March 23 to provide credit to large employers.

By buying $50 billion of mortgage-backed securities, the central bank is attempting to head off potential mortgage defaults by commercial real estate borrowers who can’t pay their bills because their tenants can’t pay theirs.

“The PMCCF will allow companies access to credit so that they are better able to maintain business operations and capacity during the period of dislocations related to the pandemic,” said the Fed in a statement.

The Fed said BlackRock was tapped for the job because of its “expertise with purchasing large amounts of all relevant types of corporate debt issuance and corporate bonds in the secondary market, deep knowledge and substantial experience in the corporate debt markets, and robust operational and technological capabilities.”

Under the emergency program, the Fed has set up a Special Purpose Vehicle, or fund, backed by the Treasury Department to give direct loans to “investment grade companies.”

The secondary fund will buy corporate bonds to help large employers shore up their finances.

A $7 trillion behemoth, BlackRock’s main job will be to help protect the country’s central bank by figuring out who will best be able to pay the money back.

The emergency lending facilities aim to help car, airline and gas corporations, among others, as consumer spending grinds to a halt as people are quarantined from the virus. It should also protect lenders for much the same reasons.

The Fed is betting on BlackRock’s expertise as money managers to protect the bank — and the country — from excessive losses.

The new programs followed a slew of emergency steps taken by the Fed to prop up the economy and try to shield it from the worst of the pandemic.

That included cutting interest rates and expanding its balance sheet. Rather than just printing more money which would generate inflation and point the country towards recession, issuing credit and buying bonds is an effort to stabilize the economy and stop investors from panicking.

BlackRock previously stepped into a similar role following the 2008 market crash when it unraveled the portfolios of AIG and Bear Sterns.

Credit Suisse analyst Craig Siegenthaler wrote in a note this week, “Given BlackRock’s scale/diversification, the firm is a perfect fit to help central banks, similar to ‘08-’10.”

Nuveen chief investment strategist, Brian Nick said, “Buying corporate bond promises to be one of the most impactful yet for the Fed, providing more of a lift to liquidity.

“We are seeing rising inflation expectations in bond markets and falling interest rates – that’s what we want to see. It’s a sign the markets are functioning better.”

Mortgage holders catch break as Cuomo tells banks to back off