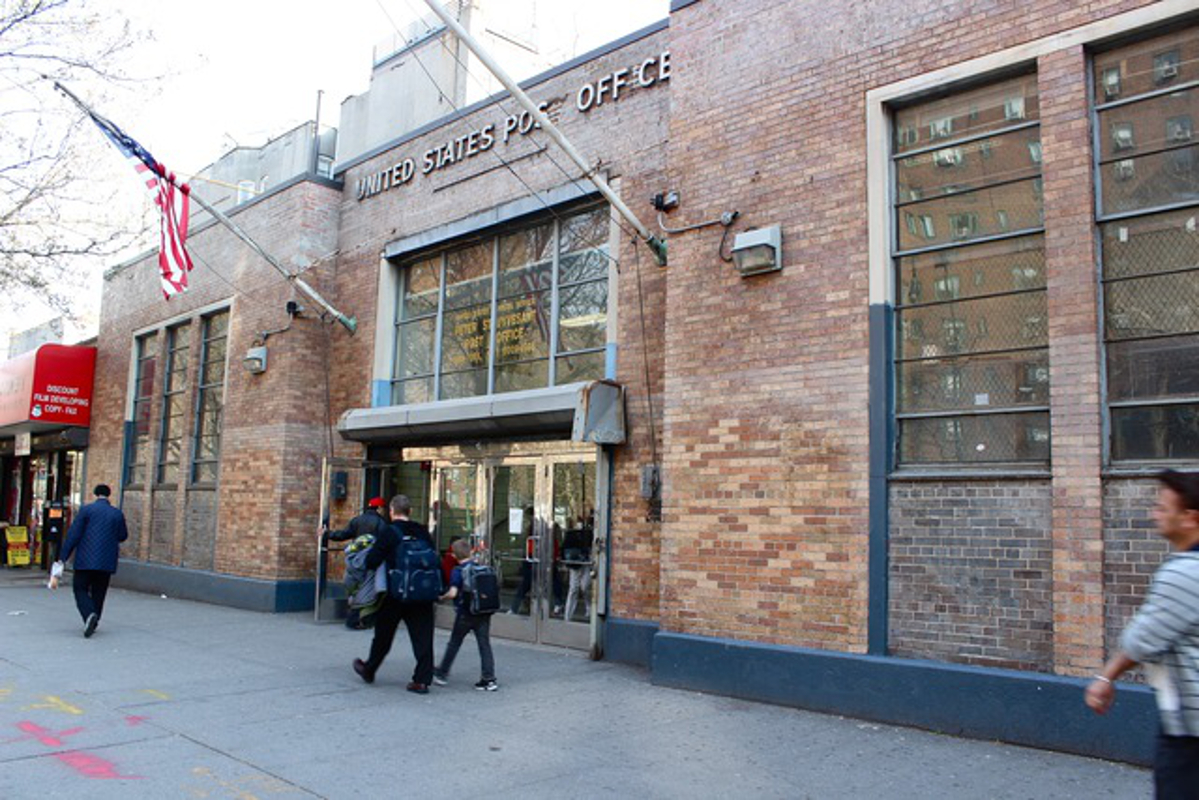 The developers of the former Peter Stuyvesant Post Office site have given up on trying to get the green light to add another story to their planned East 14th Street residential building.

Benenson Capital Partners and Mack Real Estate Group will likely move ahead with their original plan to build an eight-story, 116-unit rental at 432 East 14th Street that will have 23 affordable units.

The partners had asked the Board of Standards and Appeals for a zoning variance that would have let them build a 12-story development with 155 apartments, 31 of which would have been affordable. An outcry from local groups and residents sent them back to the board with a compromise — just one additional floor. Current zoning only allows for eight stories.

The BSA had been due to rule on that yesterday, however,  Ryan Singer, executive director of the Board of Standards and Appeals, told protesters. “Based on comments from the board yesterday, they felt they could no longer pursue the variance.”

A spokeman for the developers told Real Estate Weekly “We felt we had to withdraw the application since it appeared that a decision was not imminent, and we wanted to have affordable units on line as soon as possible. It is unfortunate that we were not able to deliver even more affordable units to the community as we had hoped to do.”

In their application to the BSA, Benenson and Mack said that more height was needed to make up for higher costs due to groundwater and soil conditions at the site. The partners had at one point requested an additional four stories on top of the originally planned eight.

In its most recent application for a zoning variance, citing an economic analysis done on the property, the owners said that without the variance, the cost of construction would end up being $6 million more than the building’s value upon completion.

But opponents of the plan, including the Greenwich Village Society for Historic Preservation, didn’t think any additional height was appropriate, arguing it would negatively impact the character of the East Village. They also said the owners hadn’t proved there was a unique hardship at the property that justified a variance.

The plan was opposed by union workers and local residents. The protesters at the site expressed concerns over issues such as overdevelopment and affordable homes for workers.

“Our members need affordable housing, so we’re involved in a number of community campaigns around that issue,” said Rachel Cohen, a spokesperson for 32BJ SEIU. “There should be good jobs in the building.”

“We’re losing our light,” added Stuyvesant Town resident Lynne Hayden-Findlay, whose apartment is sandwiched between the Post Office site and another construction site on East 14th Street, an Extell development.

In 2015, Benenson and Mack announced a plan for a 114-unit building with ground floor retail and 20 percent affordable housing. They later requested permission to build higher. The location had previously been home to a Post Office from 1953 to 2014, when the United States Postal Service opted for a smaller space nearby.