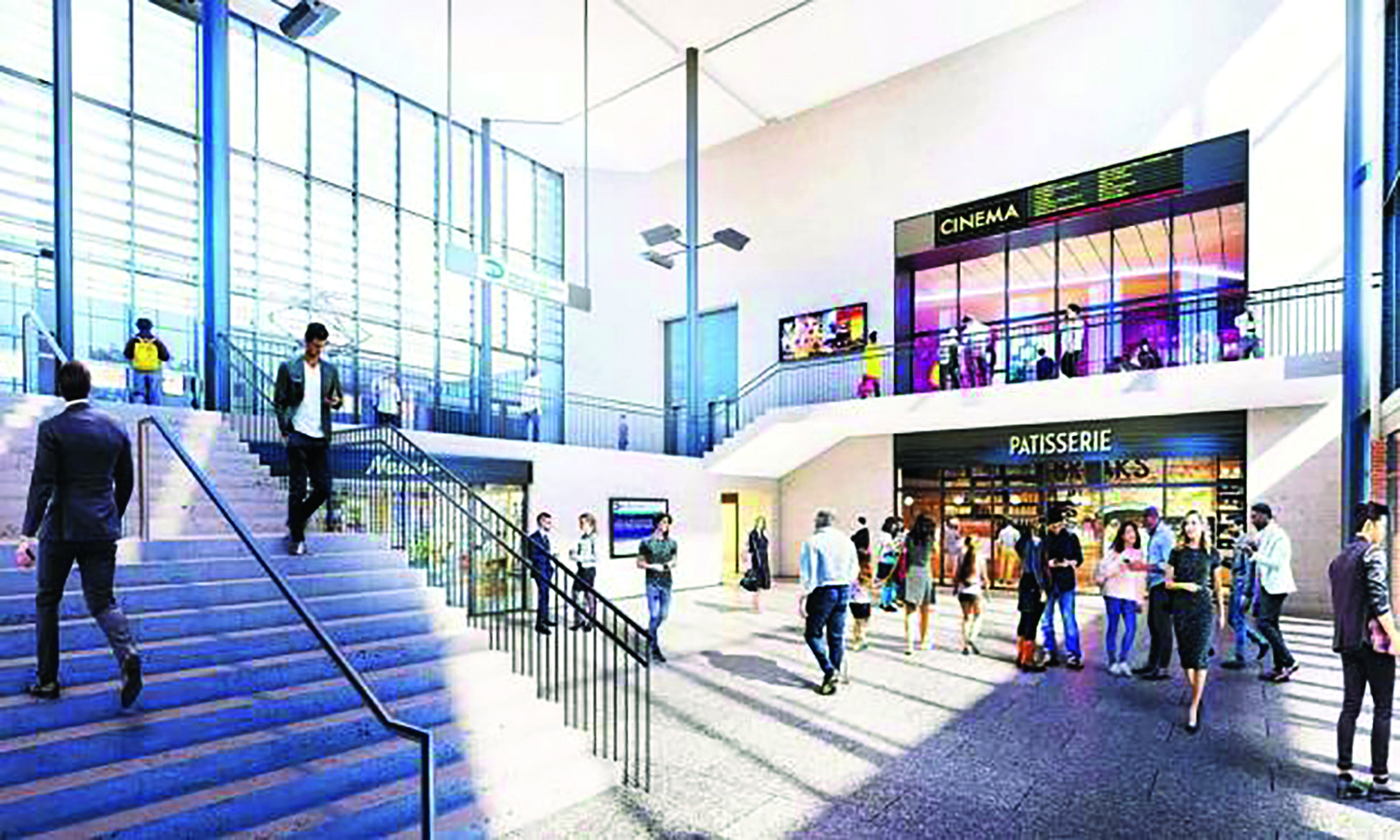 The $45 million project will include the redevelopment and construction of a new modern transportation center,.

The project will produce a new train station to replace the existing station on the north side of the tracks and a new south side station; expanded and improved drop-off and pick-up areas; new pedestrian and commuter pathways; a privately-owned public park on the corner of Greenwich Avenue and Railroad Avenue.

Architectural firm Beyer Blinder Belle is leading the design of the project.

“The Town of Greenwich and The Ashforth Company have had a successful public- private partnership for more than 50 years since the current train station, the Town commuter lot and the Greenwich Plaza office buildings were constructed. We are pleased to renew our partnership to revitalize this part of downtown and to modernize one of the major gateways to Greenwich,” said First Selectman Peter J. Tesei.

The funding for the project will be provided by The Ashforth Company.

The Town will be contributing toward the public benefit improvements portion of the redevelopment by transferring to Greenwich Plaza, upon the successful conclusion of the project, the air rights currently owned by the Town and leased to Greenwich Plaza on the south side of the tracks.

As part of this transfer the Town also will receive a perpetual easement for the use of all of the A-level commuter lot, including the portion owned by Greenwich Plaza, replacing the license currently held by the Town which expires at the end of the air rights lease.

First Selectman Tesei explained, “Our initial partnership created in 1967, when Greenwich Plaza was first developed, was a complex yet mutually beneficial arrangement. It involved the selling and sharing of land parcels, air rights and the shared ownership of a parking structure. This was one of the first public-private partnerships formed at the time.

“We are now working together to restructure the partnership, in order to create a modern transportation center.”

Darrell Harvey, Co-CEO of The Ashforth Company, said, “Our family has been committed to Greenwich for multiple generations so the continuation of this public- private partnership project is very personal for us.

“We look forward to working closely with the Town, Metro-North Railroad and the Connecticut Department of Transportation to create a redevelopment based on a shared vision that will revitalize this complex and the surrounding area, and create an exciting new experience for a new generation of Greenwich residents.”

“As a strong advocate of public-private partnerships, Ashforth believes they will become critical to the economic and social vitality of our communities. It’s when all parties are involved from the outset that the stage is then set for successful sustainability,” Harvey said.