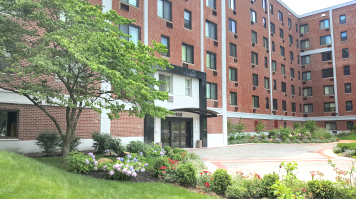 The Arker Companies has completed a $38 million rehabilitation and preservation project at Elbee Gardens, a 178-unit affordable housing development at 1950 Clove Road in the Grasmere neighborhood of Staten Island.

Situated on nearly eight-acres of land, Elbee Gardens is a six-story elevator building that was initially financed as a HUD 236 project and constructed in the early 1970s.

The project had not received any significant capital improvements since it was first rented up in 1973.

Arker’s renovation work included complete replacement of the building’s boilers, roof and elevators. The project also received extensive electrical, sewers, and façade work, along with renovations to apartment interiors, hallways and common spaces. All construction was completed within 12 months of closing on construction financing.

The financing incorporates a permanent day one structure with credit enhancement from Freddie Mac. Wells Fargo is the seller/servicer for Freddie Mac. Additionally, Wells Fargo is the tax credit investor and limited partner for the project.
Officials from the New York City Housing Development Corporation (HDC), HPD and the US Department of Housing and Urban Development joined The Arker Companies and project partners to celebrate the completiton of the project.

“The extensive renovations at Elbee Gardens will keep this housing viable and keep the Grasmere community thriving for the next generation of New Yorkers.”

“Preservation projects like this showcase the role of private-public partnerships in securing the affordable housing that anchors communities and serves some of our most vulnerable residents,” said HDC President Eric Enderlin.