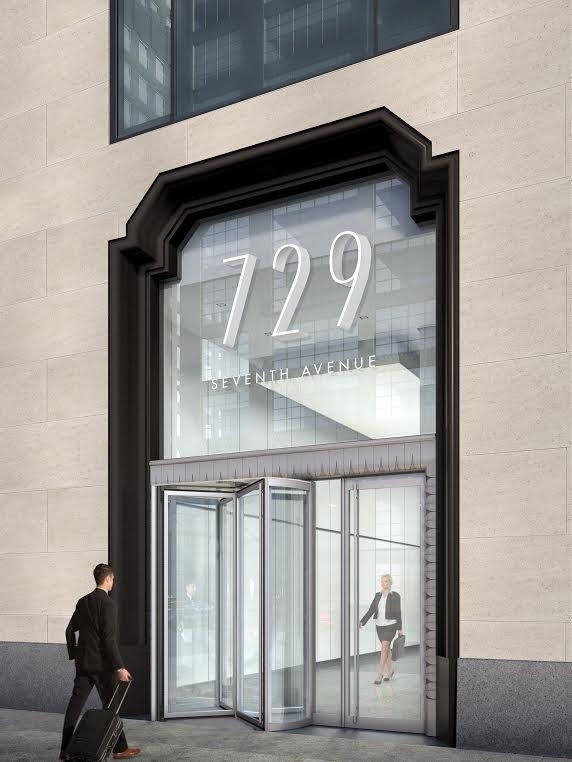 Himmel + Meringoff announced that The Actor’s Fund of America has expanded at 729 Seventh Avenue, increasing its office space by 50 percent from 22,400 s/f to 33,600 s/f.

The organization will remain at the building into 2030.

Founded in 1882, The Actor’s Fund is a national human services organization serving thousands of professionals in film, theater, music, opera, radio and dance.

Its programs and services include housing, senior care, education and career counseling, health care assistance and emergency financial aid, providing a safety net to those in need.

The lease solidifies the boutique office building’s position as the location of choice for tenants in New York City’s creative and entertainment industries.

Playbill, Inc. recently inked a 10-year full-floor lease at the property, while tenants also include Key Brand Entertainment (Broadway.com) and the Broadway League as well as others in the media and entertainment industries.

Two contiguous full floors totaling nearly 45,000 will be available in the fall.

A new lobby renovation and entrance to the property, designed by Dan Shannon of MdeAs Architects, will be completed in the fall of 2016. It will feature a double-height entrance, 20-foot ceilings and walls dressed in Italian Carrara marble and glass finishes.

At the same time, commissioned lobby artwork will pay homage to the building’s 100+ year history as the home of high-profile tenants, most notably in the cinema and theatrical industries. Among them was the former headquarters of United Artists, led by Douglas Fairbanks, Mary Pickford, Charles Chaplin and D.W. Griffith.

“We are very pleased to be able to accommodate The Actor’s Fund’s expansion needs,” said Leslie Himmel, principal of Himmel + Meringoff. “We look forward to having them continue as one of the building’s primary tenants.

“729 Seventh Avenue is strategically positioned in Midtown West in one of New York City’s most vibrant office locations, near Avenue of the Americas and Rockefeller Center while also steps from the new Edition hotel/entertainment complex and the planned redevelopment of the DoubleTree/Palace Theatre site.

“We and our tenants will certainly benefit from this dynamic neighborhood.”