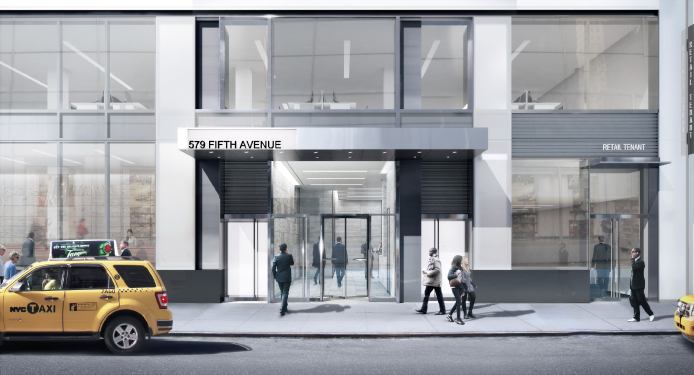 “HUBB NYC Properties was looking for modern office space with a large-enough floor plate to accommodate its entire staff on one floor but had a tight timeframe to complete the transaction and relocate,” said Glickman.

“The tenant was particularly attracted by 579 Fifth Avenue’s proximity to Grand Central and the wide range of amenities in the surrounding neighborhood. We worked closely with Stawski Partners to meet the tenant’s real estate needs as well as its timeline for relocation.”

HUBB NYC Properties inked a 10-year lease and will occupy the entire fourth floor at 579 Fifth Avenue, which is located at the intersection of Fifth Avenue and East 47th Street.

The real estate investment firm is relocating to the building from its previous offices at 130 East 59th Street.

HUBB NYC Properties will join Hollis Park Partners, which recently relocated to the 15th floor of 579 Fifth Avenue after signing a lease earlier this year.