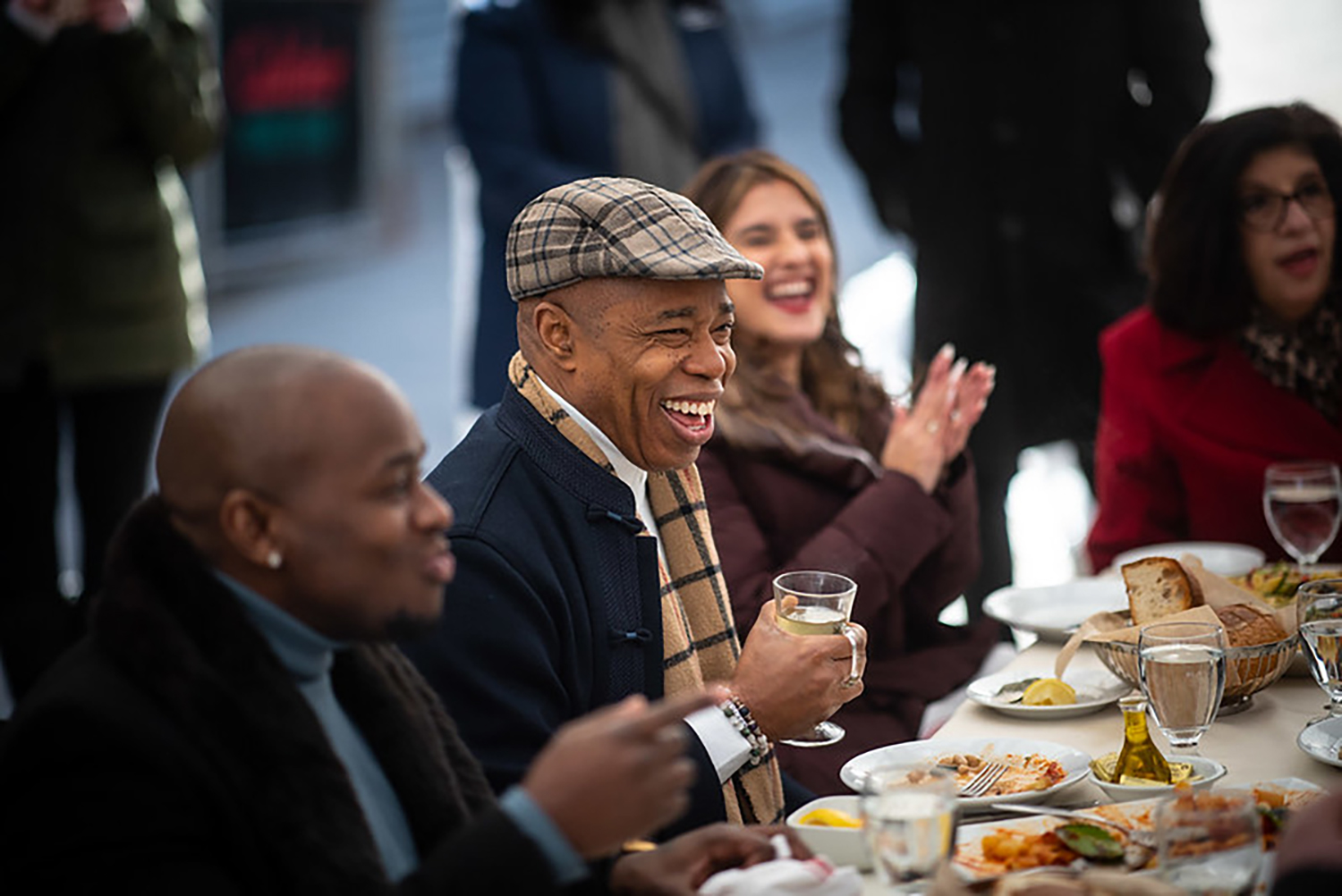 As the city’s financially devastated restaurants and bars struggle to recoup two years’ of losses caused by the pandemic, forced shutdowns, occupancy restrictions, office towers empty of workers, next to no tourism, and inadequate government relief, a survey conducted by the NYC Hospitality Alliance found that 9 in 10 restaurants say outdoor dining was vital to their survival and will be key for their long-term success, in advance of a City Council hearing slated for Tuesday.

And as outdoor dining is widely recognized for saving an estimated 100,000 industry jobs, with the majority of these jobs held by immigrant and minority New Yorkers, 8 in 10 restaurant owners are concerned they’ll have to lay off workers should the program not be made permanent, while 92% of respondents believe that a permanent program would allow their business to hire more restaurant staff in the future. The Alliance’s survey also reaffirms the program’s broad support, finding that 89% of restaurants say outdoor dining is very popular among customers.

Mayor Adams and the new City Council inherited the outdoor dining program still in its temporary emergency status, and the Mayor expressed his support for developing a permanent program, alongside City Council Members during a weekend lunch at Mario’s Restaurant on Arthur Avenue in the Bronx.

“Outdoor dining was an absolute lifeline for restaurants and bars that were financially devastated by the COVID-19 pandemic,” said Andrew Rigie, executive director of the NYC Hospitality Alliance. “Since its inception, the Open Restaurants Program has saved 100,000 industry jobs and thousands of small businesses from financial collapse, and an overwhelming majority of hospitality customers love it.”

Rigie continued, “based on the success and popularity of this emergency program, the City Council must now develop and enact a standardized and sustainable permanent outdoor dining program that works for restaurants and the communities they serve, so New York City can enjoy dining alfresco for many years to come.”

“This administration is focused on an equitable recovery for New York City, and helping our local restaurants stay open for our communities, our neighborhoods, and our economy is critical to that mission,” said Deputy Mayor for Economic and Workforce Development Maria Torres-Springer.  “The Open Restaurants program has been an invaluable tool for local restaurants through the pandemic, and we are committed to working with the City Council to make the program permanent in a way that works for everyone.”

Following nearly unanimous approval from The City Planning Commission, a public hearing on the proposal will be held by the Committee on Consumer and Worker Protection, jointly with the Subcommittee on Zoning and Franchises on Tuesday at 10:00 a.m.

A link to the full survey can be found here.

What To Buy In An Ever-changing Market? A Contrarian’s Guide To Investing