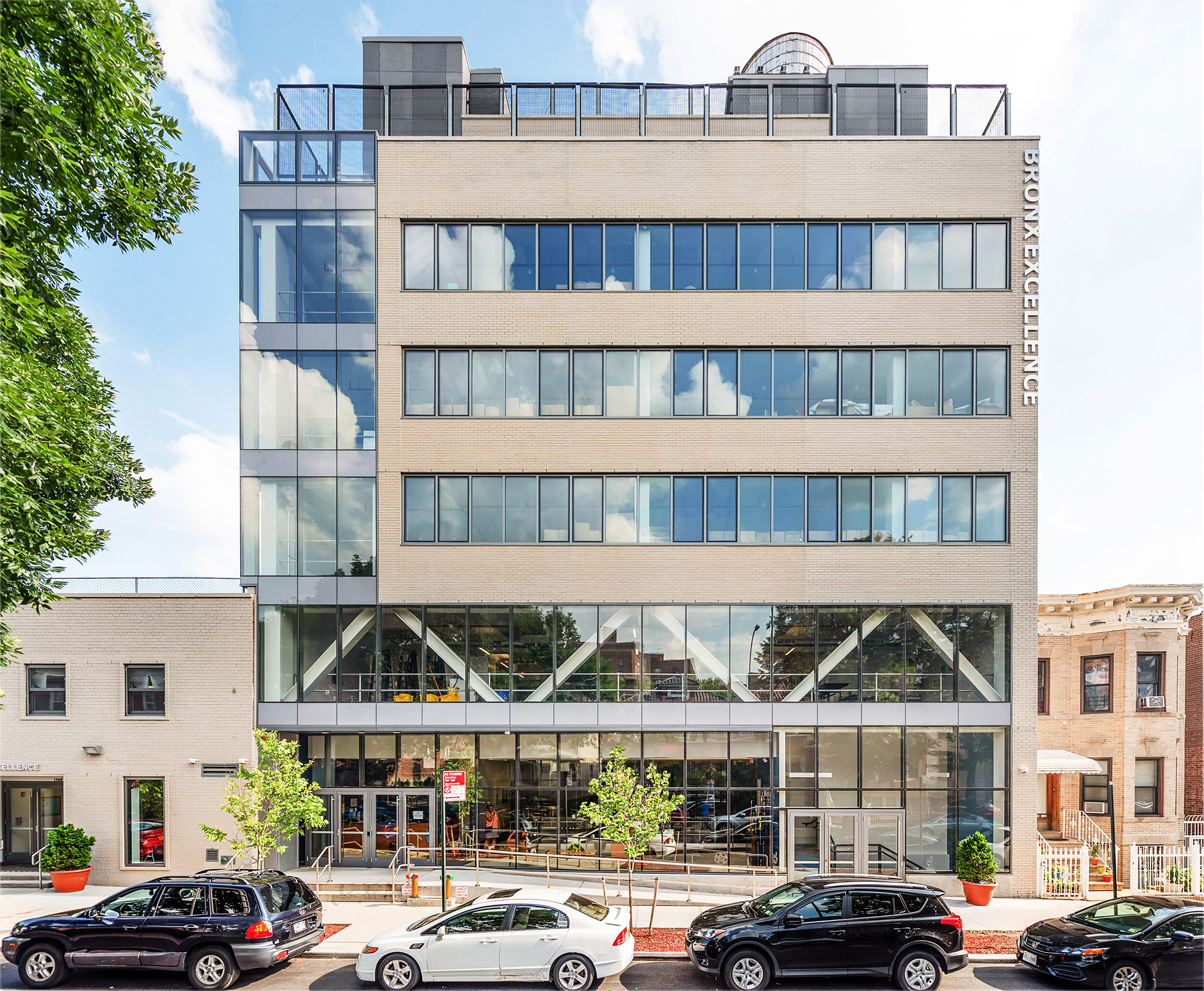 The school, also known as Bronx 1, is located at 1952-1960 Benedict Avenue in Parkchester.

CTA served as ECS’ architect for the phased school project, which now serves over 800 students in kindergarten through eighth grade.

The project consisted of a new, seven-story, 35,000 s/f tower, the renovation of an existing 10,000 s/f two-story building, and the creation of a 4,500 s/f two-story addition to the existing structure. The final phase of the project – which was the build-out of a 4,780 s/f double-height gymnasium in the basement and ground floor of the new tower – has just been completed.

The design and construction team is anticipating a LEED Silver certification for the project.

“The newly expanded and renovated school perfectly serves our award-winning program and accommodates the needs of both students and faculty. Following the expansion, we were able to increase our enrollment to more than 800 young scholars from both the Bronx,” said Dr. Charlene Reid, CEO, Excellence Community Schools.