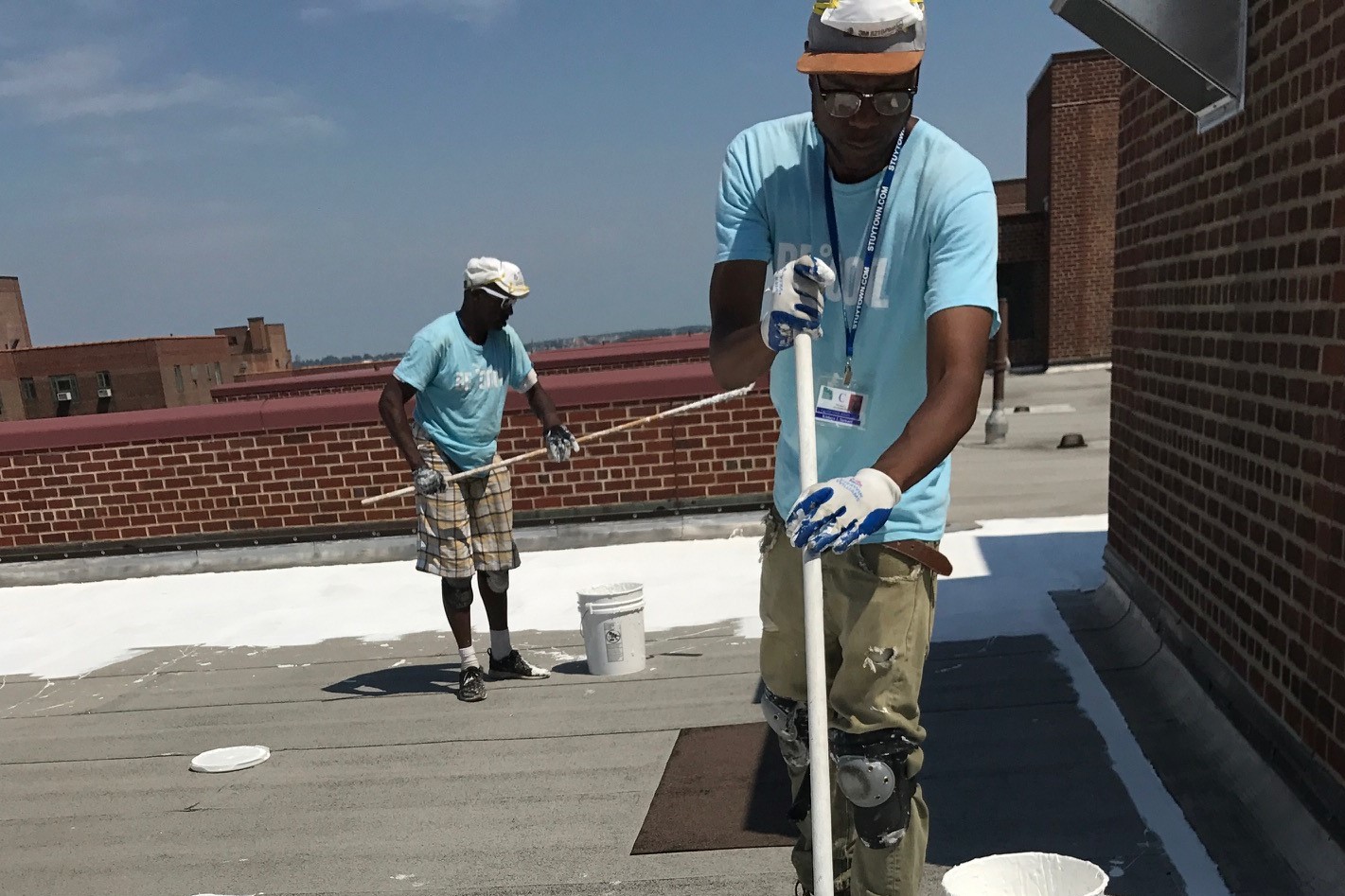 110 roofs painted white as Stuy Town looks to cool down

By Sabina Mollot
Stuyvesant Town Property Services (SPS) begun this summer with a project aimed at cooling the complex’s buildings down — by painting the roofs.

Dubbed “Cool Roofs,” the initiative is part of a city program that debuted in 2009.

For Stuy Town’s  buildings, the city is footing the bill for the painting of  110 building roofs in white, reflective paint.

An email from property management noted, “during a typical summer day, flat, black asphalt rooftops can reach temperatures of 190°F. A roof treated with a specialized white coating can reduce internal building temperatures by up to 30 percent due to the sun’s rays reflecting off the roof instead of being absorbed. As an added benefit, this lessens the power needed to run a/c units resulting in less greenhouse gas emissions. 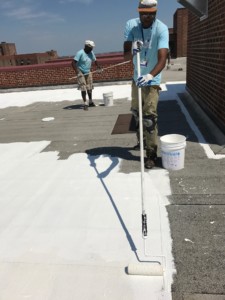 At this point, over 750 buildings in the city have benefited from the program, though the cost isn’t always waived for landlords.

According to a spokesperson for the Department of Small Business Services, installations are free for nonprofits, affordable housing, select co-ops and certain organizations that provide public, cultural or community services. Privately-owned buildings can get installations with a cost SBS described as minimal.

As for whether or not the 30 percent reduction is typical, according to the Department of Small Business Services, results vary depending on the size and location of a building as well as weather conditions.

According to the mayor’s office, extreme heat kills more New Yorkers than any other extreme weather event, and leads to an average of 450 heat-related emergency department visits, 150 hospital admissions, 13 heat-stroke deaths, as well as 115 deaths from natural causes exacerbated by extreme heat.

On June 15, the city announced an initiative to prevent heat related deaths and injuries that expands on the Cool Roofs program called “Cool Neighborhoods NYC.”

This project includes tree plantings on streets and in parks, educating home health aides on heat-related illnesses and working with community organizations.

The initiative comes ahead of predictions of increasingly hotter summer seasons.

In a  press release announcing the program, the mayor’s office noteed that the New York City Panel on Climate Change (NPPC) projects up to a 5.7°F increase in average city temperatures and a doubling of the number of days above 90°F by the 2050s. The NPCC also projects that heat waves in the city will increase in intensity and duration.
StuyTown Property Services, meanwhile, has committed to participating in environmentally friendly programs.

Previous projects in ST/PCV have included the introduction of composting bins in buildings and the installation of a device aimed at keeping the grounds from getting over-watered.

Riverdale co-op creates its own Highline on the roof