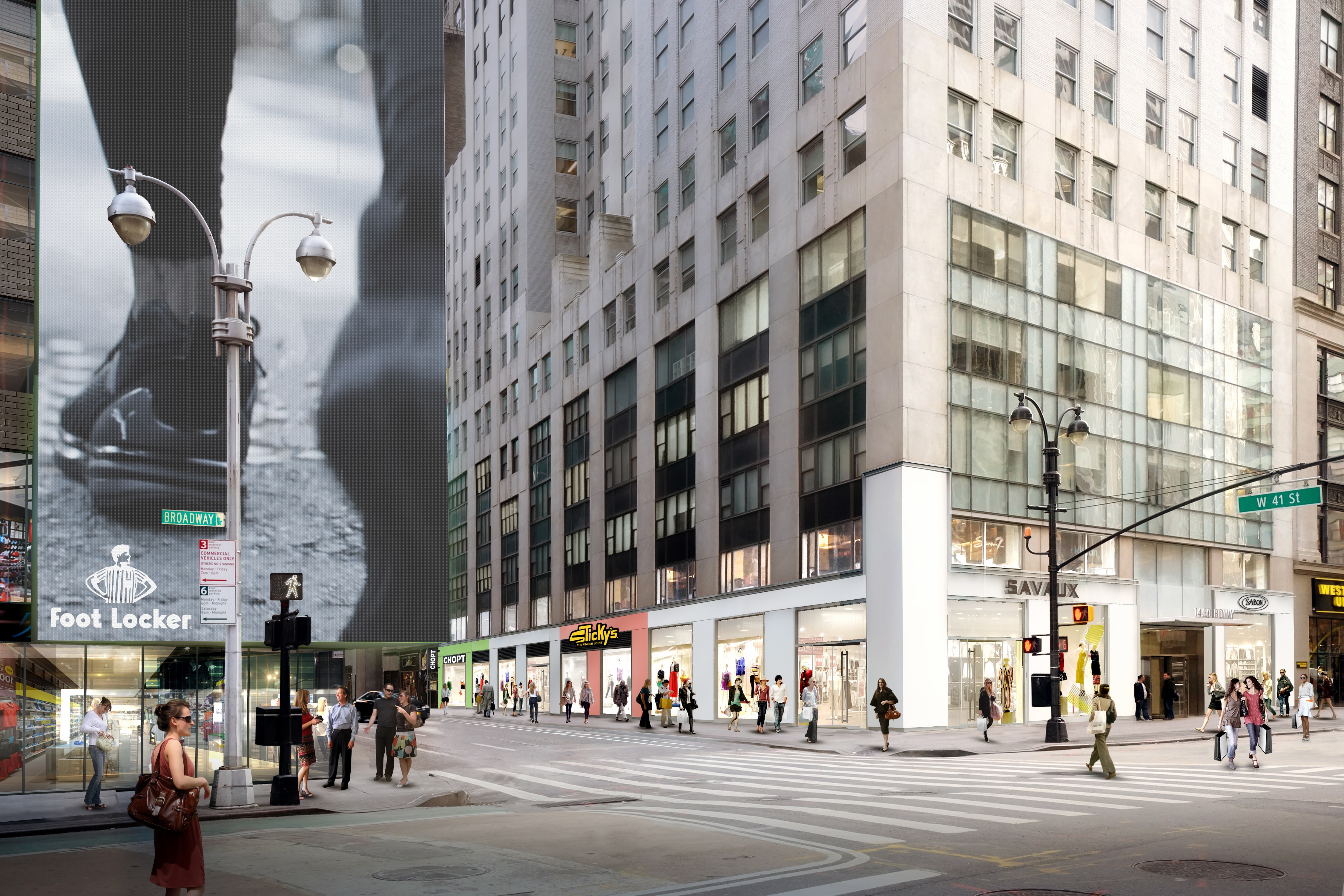 “This strip of West 41st Street has developed into a terrific block with some of the strongest co-tenancy in New York — including Chop’t, WeWork, Equinox, Soul Cycle and Whole Foods — turning it into one of the most heavily-trafficked walkways to Bryant Park,” said Winick Realty Group’s Jason Berkley.
“Sticky’s Finger Joint is a true up-and-coming retail concept with a great product and smart operators who understand the market and their business.”

“1450 Broadway sits at the heart of what has now become Times Square South, particularly with Footlocker and Champs leasing flagship stores on the block.

“We are confident that Sticky’s Finger Joint can take advantage of the unique location that 1450 Broadway has to offer, as well as the tremendous foot traffic coming from the area’s many office workers and tourists, and continue to build on their success,” said Zar, CEO of The Zar Group.

Winick is working with Zar to market two remaining retail spaces at 1450 Broadway, which sits directly across the street from the Times Square subway station.

Vacancies include a 1,923 s/f corner space, which can be divided, and 1,273 s/f of inline space on West 41st Street between Sticky’s Finger Joint and Chop’t.