REBNY’s 18th Annual Retail Deal of the Year Cocktail Party will be on Tuesday, June 7 at Club 101.

These honors will be given to those brokers who have shown incredible drive, creativity, and determination in their transaction, and place them among the ranks of the prestigious men and women who have won these awards before them.

Last year, the Most Ingenious Retail of the Year award was given to Cushman & Wakefield’s James Downey, Eric Le Goff, Frank Liantonio, and Michael Rotchford for their deal at 740 Madison Avenue, “The ‘Art’ of a Deal: From Art to Fashion.”

To pull off this deal, these brokers placed Bottega Veneta, a luxury handbag purveyor, on five floors across three different buildings owned by different partnerships.

The tenants, which included Citibank, Academia Barilla, Coffee Mania, and others, represented a variety which will have a significant impact on the retail landscape around Bryant Park for years to come.

We have seen strong increases in asking rents on Broadway in Lower Manhattan as the completion of the Fulton Center and the World Trade Center Transportation and the continuing growth in residential population make the area a desirable retail corridor.

Likewise, Bleecker Street in the West Village has seen new availabilities in the more desirable, and higher asking price, locations on this corridor.

These biannual reports provide an overview of the retail market at a particular point in time based on the available listings of our Advisory Group and our Retail Committee members.

Our Retail Reports have proven to be highly anticipated by our members, and a valuable source of information on the state of New York City’s retail market for the media, tenants and store owners.

According to our Retail Advisory Group, who reviewed the asking rent data for available space that comprises the report, there are still a large number of retailers looking at potential stores to lease. However, these tenants are proceeding cautiously, taking longer to commit to new leases.

Another important variable over the past six months is the emergence of new brands, many of which are not willing to make major branding pushes to increase their visibility while they are still testing the waters.

Going forward, our Advisory Group anticipates that the coming 12 months will be a decisive period for the retail leasing market, with the amount of available space increasing if sluggish retail sales and retail jobs decline.

However, this is also dependent on other factors such as demand, the speed with which lease renewals are being completed, and emerging brands continuing to be careful with their available capital.

For the full text of our Spring 2016 Retail Report, information on past Retail Deal of the Year events, and new and exciting ways to be a part of REBNY’s retail activities, visit rebny.com.

In other REBNY news:
REBNY’s next Secrets of Top Brokers and Industry Leaders seminar will be tomorrow (Thursday) from 5:30 p.m. to 7 p.m.
This free seminar for REBNY members only will have a panel of notable real estate experts examine and present current trends in real estate to enhance the professional knowledge of each attending agent.
Registration is required, and more information can be found on rebny.com or by contacting Yesenia Dhanraj at YDhanraj@rebny.com. 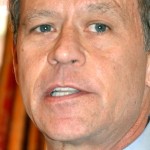 We will be honoring outstanding leaders in the field of Commercial Property Management at our 13th Annual Commercial Management Leadership Breakfast on Thursday, June 2, 2016 from 7:30 a.m. to 10:00 a.m. at the New York Hilton.
Ric Clark, senior managing partner and chairman of Brookfield Property Group and Brookfield Property Partners, will give the keynote address at the breakfast, where we will be presenting awards to Henry M. Celestino, executive vice president at L&L Holding Company, who will receive the Edward A. Riguardi Commercial Management Executive of the Year Award, among other award recipients.
To register, visit www.rebny.com or contact Cindy Ramotar at CRamotar@rebny.com.

REBNY’s Annual Golf & Tennis Outing will be on June 6 from 8 a.m. to 8 p.m. at the North Shore Country Club. Sponsorships are available, and registration can be completed online at rebny.com or by contacting Kathleen Gibbs at KGibbs@rebny.com.