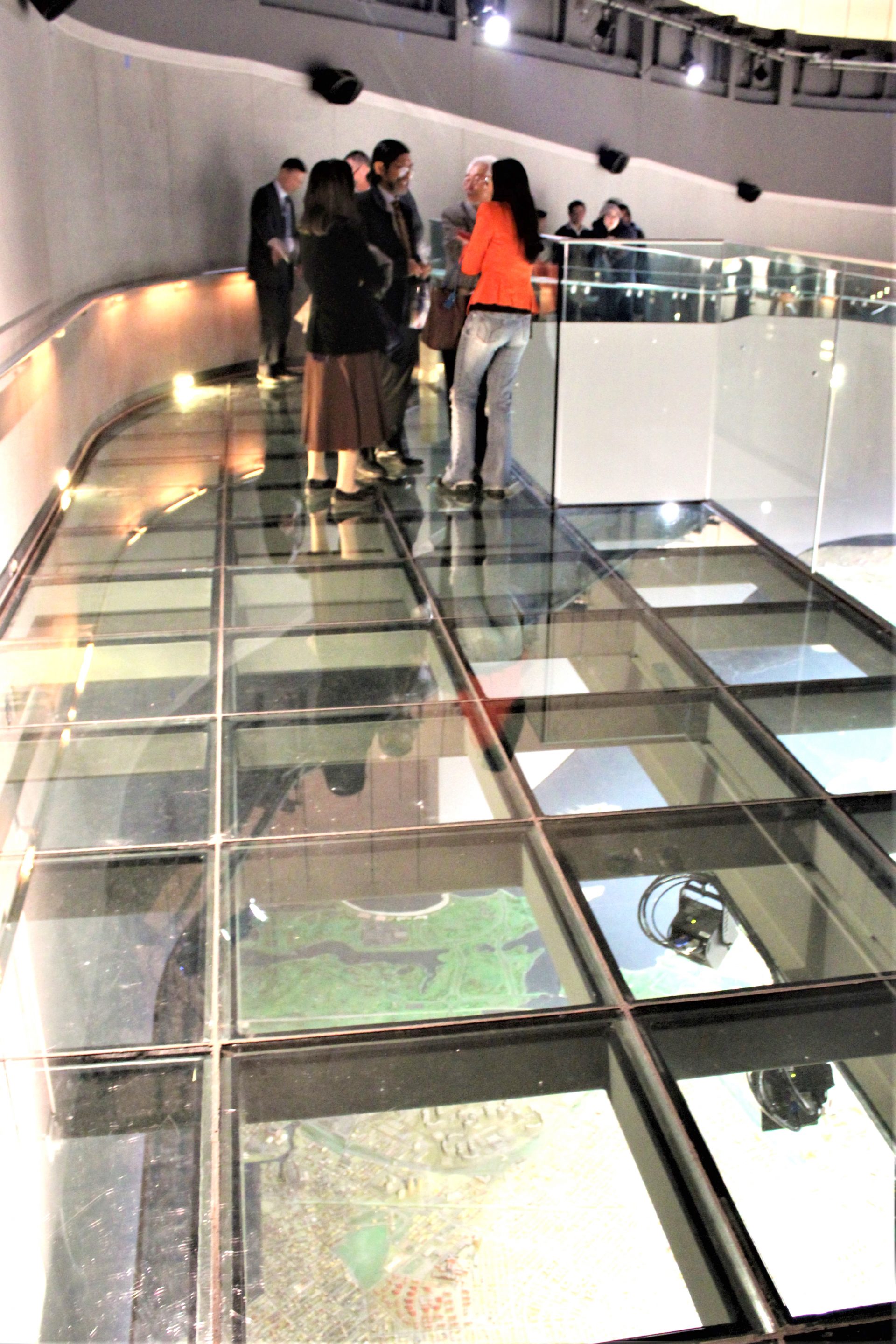 Crystal Window & Door Systems donated glass materials and coordinated the renovation of the historic Panorama of the City of New York glass walkway at the Queens Museum in Flushing Meadow Park.

The Museum’s glass walkway, renamed “Crystal Walkway”, was officially opened by the institution’s Board of Trustees and other officials with a ribbon cutting ceremony on February 25, 2020.

The Panorama is an architectural scale model of New York City, originally created for the 1964 World’s Fair.

At almost 10,000 s/f, it is the largest architectural scale model in the world and is surrounded by an elevated visitor viewing walkway.

Four sections of the perimeter walkway use glass floor panels to permit viewing of the model below.

Thomas Chen, founder and Chairman of Crystal Windows, has been a member of the Queens Museum’s Board of Trustees for the past 10 years.

When the replacement of the existing obscured, scratched, and discolored glass walkway panels became a priority, Chen stepped up to donate resources for the project, saving the Museum tens of thousands of dollars in capital expense.

“It was a pleasure to be able to assist in preserving this treasured replica of New York City,” said Chen.