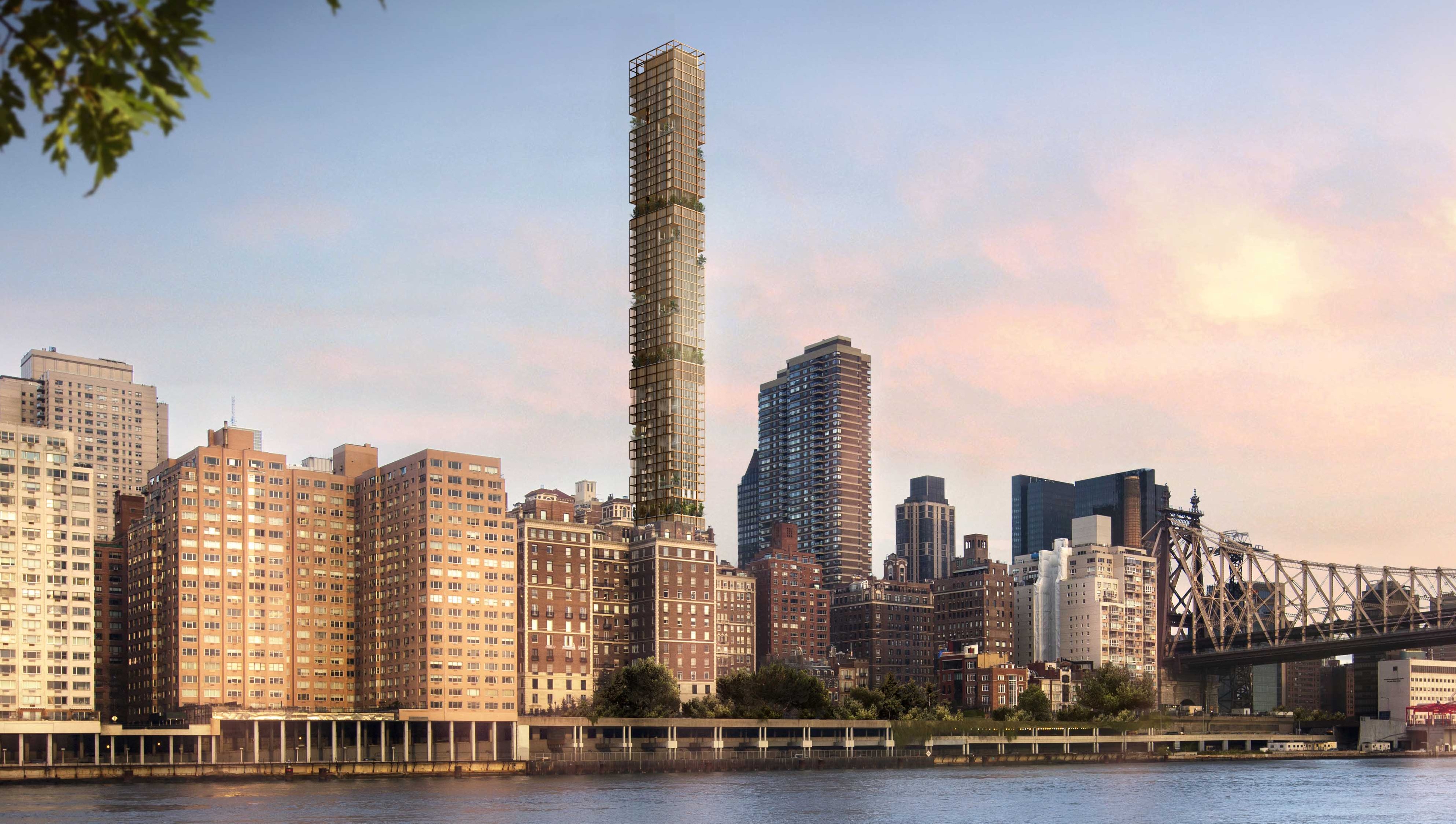 Work is set to begin on New York City’s newest next-generation skyscraper – a 900 foot building with 115 units to be developed on Sutton Place by The Bauhouse Group.

The New York City-based real estate development and investment firm has obtained demolition permits for the newly-assembled site at 426-432 East 58th Street which has been designed by Foster + Partners led by Norman Foster who, for nine consecutive years, has been voted the world’s ‘Most Admired Architect.’

“Once the existing buildings on our site have been demolished, we will begin constructing one of the most highly-anticipated residential buildings in New York City,” said Joseph Beninati, managing member of The Bauhouse Group.

“These permits signal exciting progress for the project, and we believe that our world class team and union contractors will develop a building that mirrors the elegance and storied past of the Sutton Place neighborhood.”

The Bauhouse Group completed their assemblage at 426-432 East 58th Street in June of 2015. Additionally, the developer completed the purchase of air rights, enabling the construction of approximately 270,000 s/f residential building on the site.

Howard Michael’s Carlton Group is exclusively advising Bauhouse on financing the project.  Michaels commented, “Joe’s site has a great land basis due to his deploying $150 million over the last two years before the run up in Manhattan land prices on all the pieces needed to complete this assemblage.  As a result, and together with extraordinary views and historic location, we are attracting robust global and domestic capital demand to finance the project’s completion.”

In addition to the Sutton Place assemblage, The Bauhouse Group is developing 515 Highline, a luxury condominium at 515 West 29th Street – the only location in Manhattan framed on two sides by the famed High Line park. The $125 million development has been designed by  architect Soo K. Chan, and will feature residences ranging in price from $5 million to $9.5 million. 515 Highline is slated to begin sales in late spring 2016.

Bauhouse’s Sutton Place development is expected to be completed in spring of 2019.