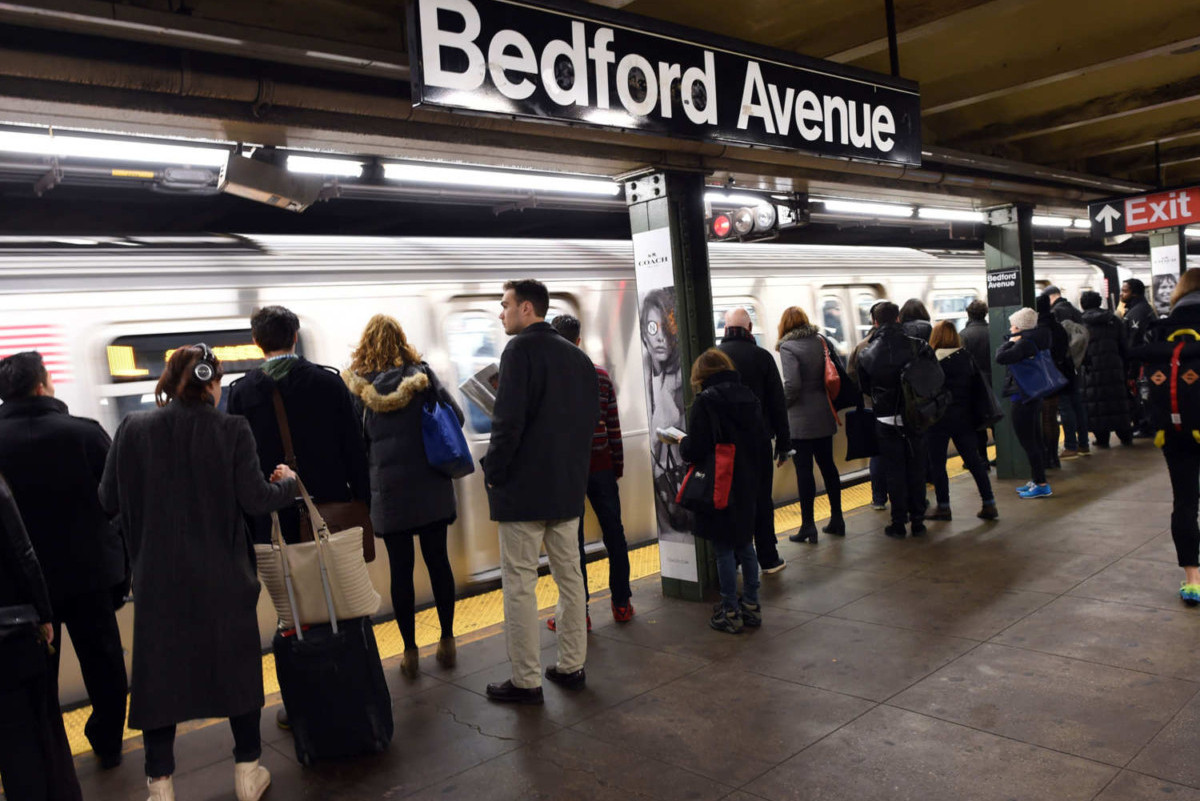 Why the L train closure could be good for Williamsburg

The story surrounding the L Train’s Super Storm Sandy damage is a foreboding narrative based on misconceptions.

As the chairman of REBNY’s Brooklyn Committee, I am alarmed that this common story of despair has been grounded in superficial theories and speculation. It’s critical for public perception to be molded by facts that are more relevant to the actual impact on the market.

A closer look at underlying factors tells a very different and optimistic story compared to the doom-and-gloom picture painted by the media.

Each neighborhood serviced by the L-line’s 24 stations will be affected in different ways; however, the facts are more convincing for the neighborhood that has experienced the most significant growth and attention in recent years: Williamsburg’s Northside serviced by the L Train’s Bedford Avenue station.

Unlike the Second Avenue Subway project, the L train’s interruption is likely to be short term because the Canarsie tube involves repairing an existing tunnel.

The MTA’s excellent track record for repairing Super Storm Sandy damage is most likely a by-product of the exorbitant penalties that the MTA imparts on their contractors for missing deadlines.

Likely for this reason, the Montague Station project was finished in just 13 months, ahead of schedule, and under budget.

The L Train is not Williamsburg’s only artery to Manhattan. Roughly 90 percent of the Northside is less than half a mile walk to the J, M, or G train. This distance is comparable to the walk from The Meatpacking District’s Whitney Museum and High Line entrance to the A, C, and E trains according to Google Maps.

Furthermore, transportation habits in Brooklyn are already shifting away from subways. From 2013 to 2015, the number of taxi cab pickups in Brooklyn more than quadrupled from 300,000 per month to 1.3 Million. In Williamsburg specifically, from 2009 to 2015 cab pickups grew by 5,000 percent.

The staggering growth seen in green taxi and Uber use in addition to subway accessibility are likely to preserve if not increase visitation during construction.

One can assume tourism will be unaffected, since tourists have predetermined itineraries and are 19 times more likely to take a cab than New Yorkers.

Visitations from within Brooklyn will most likely increase since the MTA’s plan will only cut off service from Manhattan, while preserving service within Brooklyn.

Therefore, Brooklynites who would have otherwise taken the L train to shop or eat in Manhattan might now be more inclined to visit Williamsburg instead.

So ironically the 48 percent of Williamsburg’s footfall that comes from within Brooklyn will probably increase during the closure. The only category of visitors that could be vulnerable is New Yorkers that live outside of Brooklyn.

Between alternative subway lines, taxi, ferry, Uber, Citi Bike or personal vehicle there should be minimal reduction in visits to Williamsburg from this group. But even more notable is the fact that this category accounts for only 18 percent of Williamsburg’s foot traffic, which is insignificant compared to the increase in foot traffic expected from other populations.

Considering the Northside’s population accounts for 24 percent of the neighborhood’s foot traffic and is expected to double over the next few years, this increase would be in excess of the Bedford station’s entire current daily ridership, which would be more than enough to counteract any loss of visitation.

So even if no one living outside of Brooklyn visits Williamsburg, population growth alone would still cause foot traffic to increase.

Considering visitation from within Brooklyn will also grow, there’s good reason to believe that overall foot traffic will increase even during construction. And as more and more attractions open in Williamsburg, this trend is likely to continue. The vast majority of notable retailers have either opened recently or will be opening between 2016 and 2018. The openings of Apple, Whole Foods, Equinox, Le Labo, WeWork Trader Joes, Rituals, Equinox, Space NK, WeWork, By:Chloe, Aesop, and Flywheel will only continue to drive visitation.

As popular as Williamsburg has been for many years, the “Soho effect” will not fully come to fruition until these new tenants open for business. Leasing activity in the years leading up to 2019, when the construction starts, will produce the most impactful transformation of Williamsburg since the rezoning of its waterfront, which in turn will dramatically accelerate the draw of the neighborhood.

In addition to promoting visitation, this draw will facilitate the demand needed to preserve the existing population and nurture absorption of new buildings.

In addition, the L train closure will offer a welcome opportunity to negotiate leases. Landlords will have no choice but to offer reduced rents or concessions.

FiveThirtyEight projects that Williamsburg’s average one bedroom rent will be reduced by 6.5 to 15 percent. But occupancy rates will only remain stable if the perceived value of a discount outweighs the closure’s inconvenience.

Considering the construction will be short term, Williamsburg will be easily accessible during construction, future subway service will ultimately improve, and an abundance of new retail openings are imminent, the neighborhood will become an increasingly desirable place to live and work.

This allure will make discounted leases more appealing, overshadowing the closure’s limited inconvenience. This increase in demand will preserve occupancy rates, which will set the stage for the population to double.

Population growth and increased foot traffic is likely the reason why successful and respected businesses continue to sign leases, even after the MTA announced their strategy.

Retail sales will likely grow stronger despite the construction, so it’s not surprising that Space NK recently paid the highest rent psf in Brooklyn’s history.

Of course, this theory can’t be proven until time unfolds. But a guess should at the very least be educated. And in the case of the L train, an abundance of facts signal towards light at the end of the tunnel.