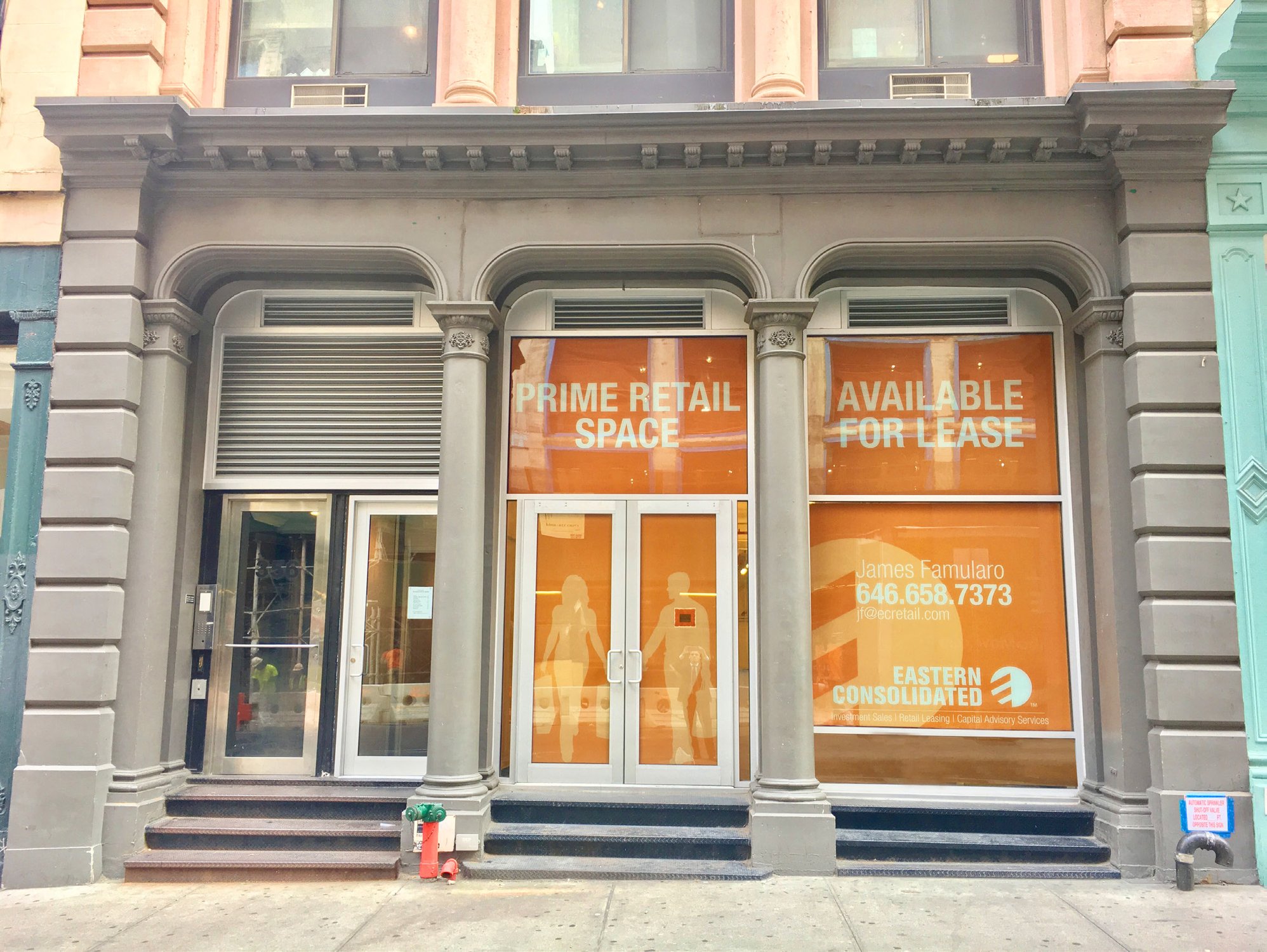 While parts of the South Bronx and Queens have been frequently touted as the “next big thing” in residential and commercial real estate, some brokers are convinced it’s actually in one of the city’s most expensive neighborhoods.

“All of these developers and investors are running around looking for the next frontier, and what’s going to pop, and they’re going out to Brooklyn, the South Bronx, East Harlem, and yet there is this enclave in literally the most expensive zip code in Manhattan that is trading at such a steep discount that has kind of been overlooked,” said Ryan Kaplan.

It was in 2011 that Kaplan, a partner at Imperial Development Group, first saw potential in a small pocket of Tribeca — what he calls “East Tribeca” — where prices were staggeringly cheaper on the residential and commercial side. The area encompasses a small five-block stretch along Broadway, between Lispenard and Worth streets.

Kaplan believes the area was overlooked during the time when Tribeca was attracting celebrity residents and fashionable restaurants. He credited famed actor Robert De Niro, who founded the Tribeca Film Festival, for helping revive the neighborhood after September 11, 2001.

“He founded the festival, he brought Nobu in, he made it the Hollywood of New York City,” said Kaplan. Then the recession hit. Construction came to a halt on many projects in the neighborhood, and when they started back up again, all of the construction was happening on the western side of Tribeca.ˮ

In 2012, Kaplan and his firm purchased 372 Broadway (also known as 6 Cortlandt Alley) which they developed into a condo. The next year, construction resumed at 56 Leonard, the Jenga-type luxury condo which had stalled during the recession. This, said Kaplan, was the catalyst that led to a dozen new apartment buildings and a hotel in the area over the next three years.

According to Corcoran’s third quarter 2017 market report, in the downtown submarket, average price per square foot for new development buildings was $2,571.

On the retail side, prices can be five times as much in the more established part of Tribeca.

Last year, Kaplan and his firm purchased the retail condo at 356 Broadway. They are currently marketing the space through Eastern Consolidated and are asking $140 a foot — what they say is a steal, and one of the only retail spaces fronting a major avenue to ask so little.

So far, they have drawn interest from healthy fast casual restaurants — Kaplan said the area has a dearth of food options — as well as health services and boutique gyms.

“In both the retail and residential sectors, there is so much room to grow, it’s just such a steep discount,” said Kaplan.

James Famularo, a principal and senior director in the retail leasing division at Eastern Consolidated, is part of the team marketing the retail at 356 Broadway.

“I’ve seen this change happen all over the city,” he said of the area of East Tribeca. “I saw it in Meatpacking early on, in Soho early on — this is the calm right before the storm.”

Famularo expects rents will start to rise once the condo building being developed by Toll Brothers at 91 Leonard Street, which is located directly across from 356 Broadway, is completed in the next several months.

Already, he is seeing tenants moving into the area from areas like City Hall and Soho looking for cheaper rent. Pearl River Mart, the beloved Asian goods emporium that opened in 1971, moved from Soho to 395 Broadway in East Tribeca after being forced to shutter last year due to rising rents.

“It’s kind of a race to get here before the rents go skyrocketing,” Famularo said