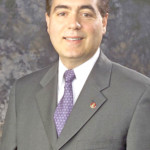 The 111-year-old RAIC is Canada’s leading professional organization for promoting excellence in the built environment.

Sorrenti’s designation is the latest tribute in a 40-year record of outstanding achievement and service. He was named an AIA Fellow in 1996 and has served on several AIA College of Fellows committees, including serving as chancellor of the College of Fellows Executive Committee in 2016.

Sorrenti founded JRS Architect, P.C. in 1986 with a staff of six. The firm now employs more than 20 people, including seven architects.

Sorrenti has served as president of the Long Island and New York State chapters of AIA. In 1989, he helped to create the guidelines for the national Americans with Disabilities Act (ADA), and in 1993 he helped write the New York City ADA code.

Sorrenti is an extended board member on the New York State Education Board of Architecture, having served on the board for 10 years, which included a term as chair. 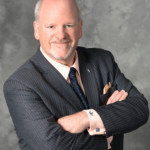 The LiRo Group has hired John B. McCaffrey as Chief Information Officer.

McCaffrey will spearhead the co-ordination, product development and marketing, and of LiRo’s digital technology services.

JRM Construction Management announced the addition of Joseph Schimenti as Project Director.
Schimenti brings over 20 years of experience in the construction industry.

He began his career with Schimenti Construction Company as a third-generation construction professional. He advanced from Estimating Co-ordinator to Project Manager and eventually to Managing Director.

Schimenti earned a Bachelor of Science in Mechanical Engineering from Fairfield University and has completed further project management training at the FMI Project Manager Academy and Leadership Institute.

He has also pursued OSHA Safety Training and is a LEED Green Associate. 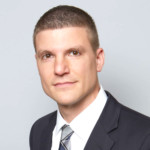 Each spring, the organization selects a new or recently promoted principal who fosters innovation and has made significant contributions to the consulting engineering profession as well as to the community.

In his role with JB&B, acting as Partner-in-Charge, Project Manager and Electrical Lead on a wide variety of building types and market sectors, Towers works with clients to deliver state-of-the-art designs.

He has played a lead role in recruiting full-time employees, interns and co-operative education students from colleges and universities throughout the area. 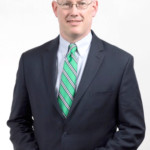 Joshua Zinder Architecture + Design (JZA+D) has announced that Mark A. Sullivan, AIA, NCARB, LEED AP BD+C has been named a Partner with the firm.

The move represents a concerted effort to continue the firm’s growth into several market sectors, in particular the planning and design of academic facilities, where Sullivan is a noted expert.

Sullivan’s experience spans more than 25 years as an architect leading an array of design and project management assignments.

Prior to joining JZA+D, he worked for 11 years as a Senior Associate with Michael Graves & Associates — including several years when he and Zinder worked there concurrently — and for eight years as an Associate with Hillier Architecture.

Prior to being named partner, Sullivan had been serving as studio director for JZA+D. 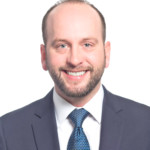 AKF announced that Michael Gillespie and Jason Sylvain have joined the partnership.

The two engineers have assumed leadership positions at AKF and delivered results for the firm’s Healthcare and Higher Education clients, respectively.

Both are well respected in the industry and strong additions to the leadership of the firm. 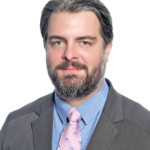 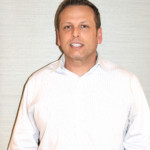 Thompson comes to NRDC from The Howard Hughes Corporation’s New York office where he held the position of Director of Tenant Coordination.

He was responsible for the management of East Coast development and operating assets. He directly managed the tenant coordination of the South Street Seaport project in NYC.

Thompson was also formerly employed at Westfield World Trade Center where he served as their Senior Project Manager, Tenant Coordination.

In his new position, Thompson is responsible for all tenant improvements, building alterations and new pad building development for the company’s portfolio of 78 projects across 14 states.

He will act as the company’s liaison between architects, subcontractors and municipalities. He also serves as the key ambassador for its tenant relations as NRDC continues to enhance and grow its portfolio.

Thompson attended Biscayne Southern College in Charlotte, North Carolina where he earned a Bachelor of Science degree in Construction Management with a minor in Business Management.

He holds an LEED AP Certification and has completed the OSHA 10, 30 training programs. 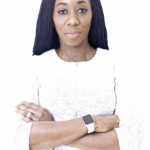 Joining Mancini in April 2017 as Controller, Williams-Olley quickly aligned the firm’s financial strategy with its aspirations. Her combination of skills and experience shaped the current financial direction of the organization and cemented her position as a leader within the company.

Williams-Olley’s promotion comes on the heels of her successful year as Controller at Mancini and ten years of experience. 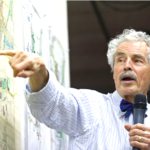 Cooper Robertson announced the elevation of partner Brian Shea to the College of Fellows of the American Institute of Architects (AIA).

He has served as a design leader on some of the firm’s most significant works, including New York City’s Hudson Yards, Battery Park City, and redevelopment of 42nd Street.

Shea’s election to the AIA College of Fellows acknowledges his extensive mentorship and teaching efforts. he has served as instructor for the Urban Land Institute’s (ULI) Real Estate Degree Program, the Smithsonian Museum’s Neighborhood Design Workshop, the Seaside Institute, and the University of Maryland’s School of Architecture, Planning and Preservation.

Shea has also served as a jury member and a visiting professor at Yale University, Harvard University, Columbia University and the University of Notre Dame, as well as for the Boston Society of Architects.

Both are graduates of The City College of New York and were students of RKTB president and City College professor emeritus Carmi Bee, FAIA. 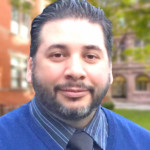 Nelson Vega, Assoc. AIA, joined RKTB in 1998. A graduate of The City College of New York School of Architecture and Environmental Studies, he first became an Associate in 2003.

He was involved with the award-winning 455 Central Park West, a SHPO-approved, high-end, residential landmark building, from 2000 until its completion in August of 2005. Vega’s recent focus has been on managing affordable housing projects throughout New York City. 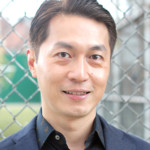 While at RKTB, he went on to obtain a Master of Science in Real Estate Development from New York University’s Real Estate Institute with a Dean’s Merit Fellowship and Scholarship.

Kurniawan is experienced in all phases of design and detailing. Project types include historic preservation, multi-family residential buildings, and educational and institutional facilities.

The International WELL Building Institute (IWBI) announced the appointment of Rachel Gutter to the role of president.

She succeeds Kamyar Vaghar, who is leaving IWBI after two years in this role.

Gutter joined IWBI as chief product officer in 2016. She came to IWBI after nearly a decade at the U.S. Green Building Council, where she served as senior vice president of knowledge and was founding director of the Center for Green Schools.

The recipient of the 2012 World Green Building Council’s Chairman’s Award, Gutter is co-chair of the Garrison Institute’s Board of Directors and serves on the Advisory Board of Paul Hawken’s Drawdown Project to reverse global warming.

She is a guest lecturer and instructor at the Harvard School of Public Health’s Center for Health and the Global Environment, where she has taught various courses to graduate students and executives and presented as part of lecture series. She is a graduate of Tufts University. 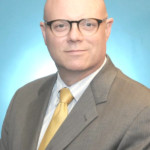 Morel brings over 30 years of experience in the construction industry to Cauldwell Wingate.

Prior to joining Cauldwell Wingate, Morel held positions as an estimator, senior estimator, director of estimating, director of purchasing and director of cost control. His depth of experience encompasses projects from initial concept to completion as seen through his high-profile projects including SONY Music, The Pierre, A Taj Hotel, Columbia University, NBC Universal, Ernst & Young, BRC Homeless Center and hundreds more.

Morel holds a Bachelor of Arts in Architecture from the New York Institute of Technology (NYIT) and has completed several NYIT certificate programs including the Principles of Project Management certification. 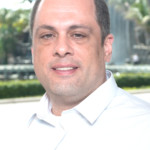 Skanska announced the promotion of Joseph Mannino to Vice President of Environmental, Health and Safety (EHS) for the company’s civil operations in the northeast.

Mannino, who oversees EHS for projects in the region, has spent his entire 28-year career with Skanska, most recently serving as the Director of Safety for the company’s civil operations in the northeast.

In that role, he was responsible for overseeing the safety of all Skanska projects in New York and Boston. Mannino also leads Skanska’s Corporate Safety Committee, which proactively identifies opportunities to improve Skanska’s environmental and safety practices.

Mannino joined Skanska in 1990 as a craftsman and then served as a foreman at the Ravenswood Power Plant, the East River Repowering Project and Paerdegat Basin.

He moved on to work as a Safety Manager, Area Director, and Assistant Director before becoming the Director of Safety in 2014.