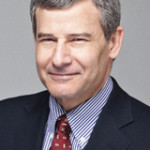 Gottsegen will work with senior staff to source new acquisitions and manage existing assets throughout Canada and the U.S. within the brand’s growing portfolio.
TEI owns 25.4 million square feet of residential, retail, commercial, office and industrial assets in the U.S. and Canada.
Gottsegen — who has been with Halstead for the past 16 years — began his real estate career at TEI.
From 1972 to 1982, he worked closely with Greenburger before stints at Douglas Elliman, Insignia and Soren Management Inc..

Mdrn. Residential has hired Chris Kay as its new Director of Leasing.
Kay will be responsible for handling all sales and rentals transactions, training and mentoring agents and starting a new development division.
Kay joins the firm with 11 years of real estate experience, including a recent stint at AKAM Inc. as director of sales and leasing of managed co-ops and condos.
Before that, he was an agent at City Connections. He was the director of leasing for Citysites Real Estate Group from 2009-2014.
Kay has a Bachelor’s degree in Business Management from St. John’s University.
•••
Douglas Elliman Real Estate announced that Jerry Huang has joined the firm.
In 2016, Huang was ranked in the top one percent of agents and was also recognized multiple times as a top salesperson of the month.
Huang began selling real estate at Corcoran in 2012 following nearly a decade in finance. With positions both at Goldman Sachs and Tudor Investment Corporation, he concentrated on quantifying valuations and managing relations for high-yield, emerging markets and discretionary macro teams.
Huang focuses primarily on condos and new developments. Among his most high profile transactions is the $45 million sale of the Walker Tower PH.
•••
Mirador Real Estate announced the hire of new agents Edward “Ted” Henwood, Kunal Khemlani, Sofiia Marmuta, and Nicole Neuman.
Ted Henwood comes to Mirador from Citi Habitats. Before real estate, Henwood worked with Reebok Sports Club and Equinox Sports Club as a sales leader exceeding $1 million in yearly membership transactions.
Kunal Khemlani and Nicole Neuman join Mirador from Exit Realty Landmark. Neuman has consistently been among the top 10 producing agents in her office, and in the first quarter of 2017, she was in the top five.
Prior to joining Mirador, Sofiia Marmuta was an agent at Metropolitan Property Group. Marmuta is multilingual, fluent in English, Polish, Russian, and Ukrainian.
•••
Ideal Properties Group has re-hired Maria Vitagliano as a Licensed Real Estate Salesperson.
Vitagliano was a top producer at Ideal from 2010 to 2016. After a brief stint at Corcoran, she returns to Ideal to lead a team that will extend the company’s footprint in the Manhattan market. 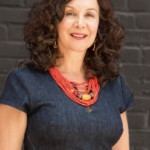 Ideal specializes in premier Brownstone Brooklyn neighborhoods including Park Slope, Prospect Heights, Carroll Gardens, Brooklyn Heights and Williamsburg, as well as Fort Greene, Clinton Hill, Bed-Stuy, Crown Heights, Gowanus and other locations throughout the borough.
The company will soon announce the grand opening of its new Manhattan location.
•••
Stribling Marketing Associates, the new development arm of Stribling & Associates, announced that Benjamin Watson has joined as Senior Project Manager.
With a background in investment marketing and real estate sales, Watson will oversee pre-sale, day-to-day, and long-term strategies for several new developments in Stribling’s portfolio.
Before joining Stribling, Watson was a vice president at DMG Investments LLC. He held a senior marketing role at HAP Investments and, before that, was a sales operations manager for a new development marketing firm in New York.
Watson is currently working on Naftali Group’s 210 West 77th Street, 221 West 77th Street, and 275 West 10th Street (The Shephard); and Adellco’s 211 West 14th Street (D’Orsay).
He holds a Bachelor’s Degree in Commerce from the University of Virginia with a concentration in Marketing and Management.
•••
Halstead announced that Elsie Barrick of the firm’s Montclair office has been selected as West Essex Board of Realtors’ (WEBOR) 2017 Realtor of the Year. 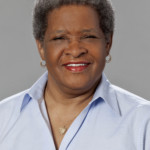 Each year a WEBOR member is honored by their peers for exceptional service to the community and the real estate industry.
The Realtor of the Year recipient will be submitted to New Jersey Association of Realtors (NJAR) for state recognition.
A second generation Montclair native, Barrick is a dedicated member of her community.
Currently, she serves as the Board President of Senior Apartments for First Montclair House; Director of Montclair Senior Housing; Director of Aging in Montclair; Executive Committee Member and Recording Secretary for the Montclair Democratic County Committee; Planning Sub Committee Member of Montclair Seniorama; and also with the Montclair Section of National Council of Negro Women.
Additionally, Barrick is a current member of WEBOR’s Board of Directors as well as a NJ licensed real estate instructor.
•••
Level Group announced that Lorie Torpey, formerly of Douglas Elliman, is joining the firm.
Torpey, who has four years of experience as a residential real estate sales agent in New York and ten years as a landlord and investor in Hong Kong, brings an international perspective to bear for her clients.
During a decade living abroad, Torpey developed a professional network of foreign contacts and experience and has a deep appreciation for cultural subtleties.
Torpey, who has a Bachelor of Arts in Journalism/Marketing from New York University, is a long-time resident of Manhattan’s Upper East Side and Quogue, Long Island.
•••
SDF Capital LLC announced the hire of its first office manager/real estate salesperson, to help keep the firm on track with its expansion.
Michael Izzo will be handling both incoming leads for potential home acquisitions as the firm’s office manager, as well as working as a licensed real estate salesperson with SDF’s in-house brokerage Madison Realty, which is dedicated to sales of SDF exclusive listings.
Previously, Izzo worked as a sales associate at both Keller Williams NY Realty and Coldwell Banker. Before his career in real estate, he was operations manager with Respiratory Specialists and COO of Media Playground, a company that designs and develops recording studios.
Izzo is a graduate of Five Towns College where he earned a Bachelor’s Degree in Business, Management, Marketing, and Related Support Services.
•••
Rutenberg NYC welcomed 14 new Licensed Real Estate Salespeople to its New York City team.
The agents who joined the brokerage are:
Jennifer Bruno; Suzanne Belmont, formerly with Metropolitan Property Group; Vernard Kennedy; Andarz Abedini and Pamela Kreeger, formerly of BOND NY; Brandon Bonfils; Moses Chung, formerly of Signature Partners; Kate Joynt, formerly of Douglas Elliman; Neslihan Feradov, formerly of Corcoran; Alexandra Infill; Carla Madrid; Gigi Van Deckter formerly of Halstead; David Edwards, formerly with Hecht Group/Titan Real Estate; and Ephraim Setton, formerly of JTRE LLC.
•••
Douglas Elliman Real Estate announced that Anthony (Tony) Piscopio will now oversee Long Island’s Great Neck office in addition to the Roslyn branch. 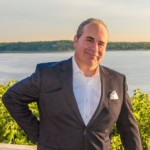 Piscopio, an experienced Long Island Realtor, was selected for this expanded role based on his successful history managing the Douglas Elliman Roslyn office.
He will continue to oversee the Roslyn office as his role expands to include Great Neck.
In addition, Piscopio has selected Lisa Strobing to join the Great Neck office as sales manager. Strobing will also continue her role as the sales manager of the Williston Park office of Douglas Elliman Real Estate.
Piscopio has 18 years of experience in Long Island real estate. He is a member of the National Association of Realtors, New York State Association of Realtors, Long Island Board of Realtors, REBNY and the Miami Board of Realtors