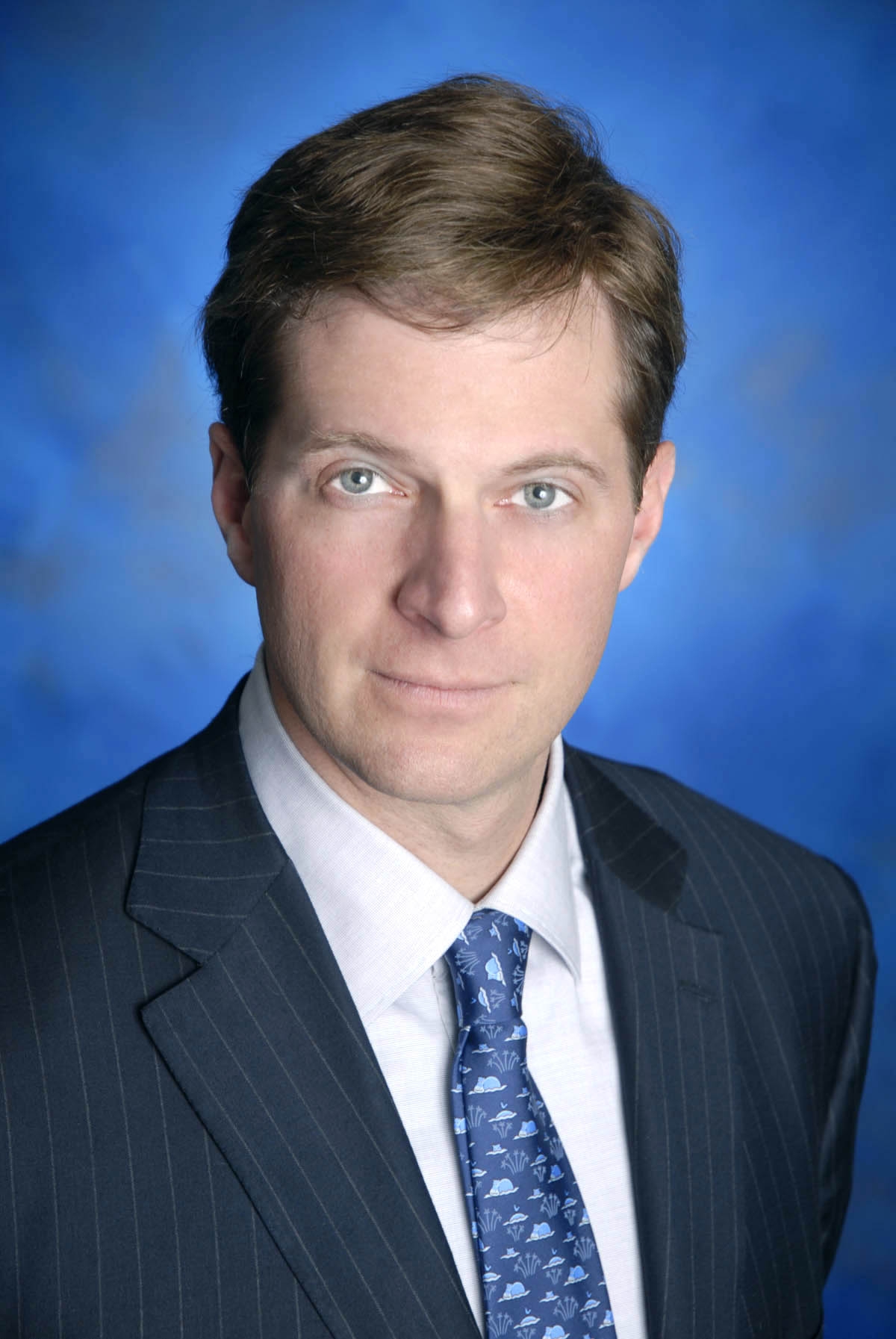 Anton has more than 22 years of investment sales/capital markets real estate experience and has completed more than $7 billion in transactions during the course of his career.
He joins HFF from Brookfield Financial where he spent the last three years as a managing partner in the New York office.
In addition to investment sales, Anton has a track record of recruiting and developing new and young transactional talent.
He is a board member of The Real Estate Board of New York, Commercial Real Estate Division; a director of the Seven Park Avenue Co-operative Corporation; a member of the National New Leadership Board of Israel Bonds; and he serves on the Leadership Board of the Ronald McDonald House of New York.
Anton graduated from Brown University with a dual degree in European History and Political Science, and holds a Master’s Degree in Real Estate Finance from Columbia University.
•••
Colliers International has expanded its retail brokerage division with the addition of 28-year industry veteran Patrick Breslin, who has rejoined the organization as an executive managing director.

He will focus on retail transaction both in New York City and globally.
Previously the global head of Studley’s retail practice, Breslin advises and represents metropolitan, national, and global retail tenants with all of their retail needs.
Throughout his career he has consummated more than 8.5 million square feet of retail real estate transactions with an aggregate value of more than $7 billion.
Breslin has represented many notable global retailers including Harman International, Derek Lam, Donna Karan, Home Depot, The Bank of New York, JPMorgan Chase, Gap, Versace, Sunglass Hut, and Verizon, among others.
He has also completed transactions in the Caribbean, South America, Central America, Asian, and Europe.
Prior to joining Studley, Breslin served as president of retail at Grubb & Ellis. He has also served as Retail Group President of GVA Williams.
Breslin was also previously a senior executive in the CB Richard Ellis Retail Group.
•••
LCOR announced that its chief operating officer Thomas O’Brien, a 30-year veteran of the company, will succeed Peter DiLullo as president of LCOR.
Peter DiLullo will continue in his role as chief executive officer until December 31, 2014 when he will become chairman of the company.
Working together for over 25 years, DiLullo and O’Brien have played key roles in directing LCOR’s evolution into a fully integrated real estate company building on its reputation as a leading developer.
LCOR is widely known for successfully executing complex development opportunities along the East Coast such as the $1.4 billion JFK Terminal 4 project in New York and the $900 Million U.S. Patent and Trademark Office campus in Alexandria, VA.
•••
Cushman & Wakefield announced that Anne Jablonski has joined the firm as executive managing director of Global Business Development Strategies for its Valuation & Advisory group.
Jablonski will be responsible for creating new global business strategies and expanding relationships with the firm’s traditional appraisal clients.

She will also play an integral role working with the V&A Leadership Team in broadening the execution platform to help align the firm’s premier asset class expertise with the firm’s global relationships. Jablonski comes to Cushman & Wakefield following a leadership role within the New York office of Situs, where she was actively involved in building and supervising the firm’s due diligence, underwriting and consulting services platform for major investment banking clients.
•••
Alexander L. Constantin has joined Heritage Realty Services LLC as an investment analyst.
His primary responsibilities will include financial analysis on potential new business and current assets under management.
Constantin graduated from Babson College with a B.S. in Real Estate. At college, he founded the Babson Real Estate Association as well as civic and community programs.
He spent two summers interning in Greece for one of the largest maritime shipping companies on an international scale.  Prior to graduating this year, Constantin worked as a summer analyst at Eastdil Secured in New York City.
•••
Daniel A. Castellano, CPA of Castellano, Korenberg & Co. was named Cooley’s Anemia Foundation – Suffolk Chapter’s Man of the Year 2014.
Castellano is committed to supporting this charitable organization.
One of his many endeavors for the Foundation was organizing the chapter’s annual golf outing at the Baiting Hollow Golf Club in Baiting Hollow, New York. The event generated significant funds to benefit continuing research in hope of finding a cure for this disease which affects children.
•••
United Realty has hired six new national account and sales professionals to support the firm’s growing real estate investment product platform.
The new hires include:
Peter Ratcliffe, National Accounts Manager, United Realty Advisors.
Ratcliffe is responsible for managing and expanding United Realty’s broker dealer key contact relationships to support fundraising and platform growth goals. He previously served as Director of Business Development for Lincoln Financial Distributors. He also held positions at Wachovia Securities and Morgan Stanley.
John Cunningham, National Account Manager, United Realty Advisors. Cunningham previously served as Assistant Vice President of Broker/Dealer Relations at Inland Securities Corporation, and received his J.D. from the University of Virginia School of Law.
Bill Dodson, Regional Vice President of Sales, Northeast Region, United Realty.

Dodson previously served as a Vice President at Gemini Real Estate Advisors and worked for BNY Mellon and CIBC World Markets.
Arthur Gonsalves, Regional Vice President, United Realty Advisors.
He brings 27 years of financial services experience to the firm and has a diverse background in operations, management and sales and marketing.
Roger Goncalves, Assistant Vice President of Product Distribution, United Realty Advisors.
Previously, Goncalves served as Vice President – Client Advisor for J.P. Morgan Asset Management. He also worked in various business development roles at Permal Group, a leading global alternative asset manager, and AllianceBernstein.
Chris Greene, Assistant Vice President of National Sales, United Realty Advisors.
Prior to joining United Realty, Greene spent eleven years as Vice President of Escrow Administration for J.P. Morgan and also served as a Vice President of Corporate Finance at BNY Mellon.
•••
HAP Investments has promoted Nathan Franco to vice president.
Franco will be responsible for acquisitions and development, along with financial modeling and deal structuring.
Prior to joining HAP Investments in 2012, Franco worked at Sol Goldman Investments.
He studied at Touro College, with a concentration on finance, in addition to studies and a focus on management and finance at Yeshiva University.
•••
Michelle A. Adams and Stephen Berger have been elected to the United Hospital Fund’s board of directors.
The managing director of public affairs at Tishman Speyer, Michelle Adams oversees the real estate investment firm’s communications, philanthropy, and government and community relations.
From 2002 to 2010 she was executive director of the Association for a Better New York, where she focused on building relationships with city, state, and federal leaders and increasing the organization’s membership base.
Previously, Adams was vice president of corporate affairs for the Grand Central Partnership — where she currently serves on the board of directors — and deputy director of the 14th Street-Union Square BID/LDC.
Stephen Berger is chairman and a founder of Odyssey Investment Partners, LLC, and was general partner of its predecessor firm Odyssey Partners.
Previously, he was executive vice president of GE Capital Corporation, and, earlier, chairman and CEO of Financial Guaranty Insurance Company. From 1985 to 1990, he was executive director of the Port Authority of New York and New Jersey.
Berger chaired the New York State Commission on Health Care Facilities in the 21st Century, which was formed in 2005; was New York State’s social services commissioner in 1975-1976; served as executive director of the New York State Emergency Control Board for the City of New York during the city’s 1970s fiscal crisis; and was chairman of the United States Railway Association, responsible for Conrail’s emergence from bankruptcy. He currently serves on the Fund’s Health Policy Forum.
•••
Massey Knakal Realty Services announced that Kim Kretowicz has joined the New Jersey office as a director of sales. She will be focusing on South Middlesex.
Kretowicz is a 25-year veteran of the corporate real estate industry where she has specialized in investment sales and landlord representation.
Prior to joining Massey Knakal, she was the principal of KCRE, a New Jersey based commercial brokerage firm offering landlord representation and asset-acquisition and disposition services. Kretowicz also spent time as a senior vice president at
Grubb & Ellis Company and senior vice president/Central Jersey manager for Weichert Commercial.
Kretowicz also was a leasing agent for LCOR Development Company and a vice president at Cushman & Wakefield.
•••
Common Ground, New York City’s largest supportive housing developer and manager, announced that David Neil has joined its Board of Directors.
Neil is the chief administrative officer of The Durst Organization’s Leasing and Marketing Division.
“David shares Common Ground’s strong commitment to creating a more compassionate, vibrant New York, from his work at Durst, a leader in sustainable development, to co-founding his own publishing company focused on connecting children with nature and the environment. We are very excited to welcome someone of such caring to our Board,” said Brenda Rosen, executive director of Common Ground.

Since joining Durst in 2009, Neil has also served as chief operating officer of New York Water Taxi / Circle Line Downtown.
Prior to joining The Durst Organization, he worked as U.S. Representative for the European-based real estate company Evohaus, director of special projects at ShoreBank, and co-founder and CEO of the publishing company Little Green Dreams LLC.
He also previously worked at the Nathan Cummings Foundation and founded a nonprofit volunteer organization to eliminate prejudice and discrimination in local communities.
Neil received a J.D. from the University of Chicago Law School and a B.A. in Sociology from Vassar College.