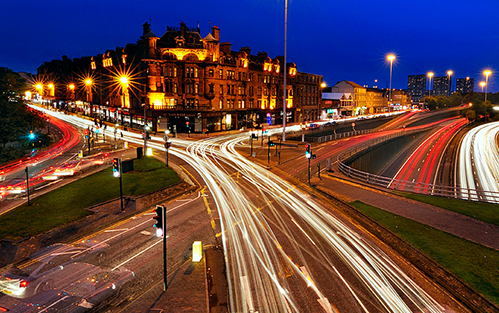 A powerful group of Westchester businessmen is leading a drive to bring gigabit broadband, new business and innovation to the county’s four largest cities.

“This is nothing short of revolutionary for our county,” said William M. Mooney, Jr., president and CEO of the Westchester County Association.

“Smart growth is what we’re about, and gigabit broadband will be the game-changer. Nothing will have transformed Westchester as much since the opening of the Tappan Zee Bridge 61 years ago.”

The Westchester Business Association has created Blueprint for Westchester that it calls “a vision for economic vitality.”

At a press conference this morning, the Association announced it is launching a public-private partnership to spearhead Smart Growth initiatives in Mt. Vernon, New Rochelle, White Plains and Yonkers.

Leaders of the four cities will sign a Smart City ComPACT to work with the WCA to bring gigabit broadband to every household, business, healthcare, and educational organization in the next three to five years.

Mooney said it is the first such compact between cities in the nation.

Under the terms of the pact, the cities will seek joint funding, share best practices, develop joint federal and state legislative agendas, and collaborate on creating innovation districts, among other things.

“Across the country, cities have been taking the lead in bringing gigabit broadband to their communities,” said Mooney.

“Likewise, by joining together with the WCA in this monumental community effort, Westchester takes a critical step in modernizing its digital infrastructure, closing the digital divide, sparking innovation, making our county competitive again, creating jobs, and realizing municipal efficiencies. We are creating a vision for the next 30 years.”

The WCA is in the process of putting together a Steering Committee for Smart Growth, comprised of members of Westchester’s cities, healthcare, biotech, and education sectors, and business and nonprofit communities, who will help to determine sources of funding and the county’s needs and opportunities.

The WCA also has hired Joan McDonald, former New York State Commissioner of the Department of Transportation and a nationally recognized expert in economic competitiveness, sustainable development and transportation solutions, as a strategic advisor for The Blueprint for Smart Growth, a concept McDonald described as  “new urbanism, where cities are livable, affordable, innovative, and sustainable.”

William V. Cuddy,  a senior executive with CBRE in Stamford and chairman of the WCA’s Blueprint for Smart Growth, told the press conference, “Westchester is unique; all the elements are here.

“We have a burgeoning biotech and healthcare sector, 14 colleges and universities, parks, lifestyle, space, diversity, and are more affordable than Manhattan or Brooklyn. But most of all, our cities are 30 minutes from the heart of a world capital.

“People want to live in desirable locations with an urban feel. They want proximity to work, diversity, fine dining and entertainment, and to be in close proximity to others who share their interests.  And with New York City running out of affordable space, that presents a huge opportunity for Westchester.”

Cuddy emphasized that Westchester was not looking to become New York City’s ‘sixth borough’ but to complement it.

He noted that the four Westchester cities signing the Smart City ComPACT, are in various stages of downtown development, and that billions of dollars are being invested across the board.

“New Rochelle and Yonkers are in the process of upgrading their downtowns; Mt. Vernon has begun to rezone; and White Plains is broadening transit-oriented development. There are as many people commuting to White Plains as are commuting from White Plains. That’s a sea change,” he said.

Cuddy pointed out that throughout the United States, where there is smart growth, other patterns emerge.

“Entrepreneurship and innovation are critical to our future growth in all aspects of our economy – retail, healthcare, financial services, education, transportation, manufacturing, IT, entertainment, you name it,” said Mooney.

“High-speed connectivity will be mandatory, therefore, for economic success and social mobility in the 21st century. All of us will need to be connected at home, in offices, and in public spaces. And, as more and more people work from home, gigabit broadband is a must. So, with smart growth and gigabit broadband, the future is here.”