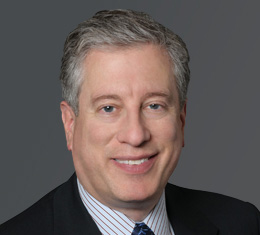 Global capital may see U.S. real estate as a safe investment, but some finance leaders are seeing risks on the horizon.

Marc Shapiro, a partner at Mayer Brown LLP, said he has noticed lenders becoming aware of a growing risk of default. “More so than in the past, we are seeing capital saying: What happens if we end up owning the site?” he said.

While none of the panelists expect a serious downturn in the commercial real estate market anytime soon, they all cautioned that could change.

Robert White, president of research firm Real Capital Analytics, considers the market to be in a strong state. “I don’t see any red flags out there at the moment, or even yellow flags,” he said. “Equity capital is still getting some fantastic risk premiums on its investments.”

Still, he said that he expects things to look differently a year from now.

Much of the strength of the market stems from a lack of new construction over the past six years which has kept supply down and prices up, according to White. But as new development picks up, he sees the risk of overbuilding.

“I think a year from now we will be sitting here and probably be a little bit scared about how quickly the development cycle has kicked in,” he argued.

Mark Decker, vice chair of BMO Capital Markets, lamented that the growth of the public REIT industry and a surge in institutional investments are making it harder for smaller investors to compete. “There’s a lot of institutionalization in the market that’s taking place,” he said. “It’s all about access to capital.”

Christopher Curry, vice president of development at the Howard Hughes Corporation, sees the risk that reckless lending could make its return.
“Even though capital is available, given that you can have quick swings in the market over-leveraging is the biggest problem going forward,” he said

On the side a healthy option for new eateries