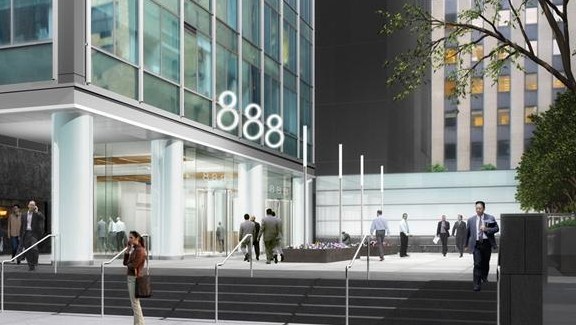 The five-year loan is interest-only at LIBOR + 1.60 percent, which was swapped for the term of the loan to a fixed rate of 3.15%. The company said realized net proceeds of approximately $49 million.

The property was previously encumbered by a 5.71 percent $319 million mortgage maturing in January 2016.

Earlier in December, the REIT announced that the joint venture which owns the property completed a $450 million financing of the retail condominium of the St. Regis Hotel and the adjacent retail town house located on Fifth Avenue at 55th Street.

The loan matures in December 2020, with two one-year extension options. The loan is interest only at LIBOR + 1.80 percent for the first three years, LIBOR + 1.90 percent for years four and five and LIBOR + 2.00% during the extension periods.

Noting a Nov 2, 2015 unsecured delayed-draw term loan facility of up to $750 million, analysts Vornado’s financial capacity to be boosted in the near future.

Vornado reported funds from operations (FFO) per share of $1.25 for third-quarter 2015.