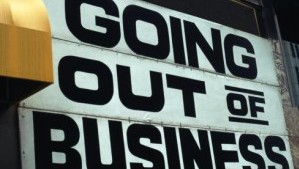 In less than one month, Haggen Grocery Stores, American Apparel, and Quiksilver joined a not‑so-exclusive list of companies that filed for bankruptcy in 2015.

Despite a decrease in Chapter 11 bankruptcies filed in recent years, the onslaught of retailer filings is troubling, especially for landlords.

The departure of a bankrupt commercial tenant may prompt other tenants to follow suit. And a debtor’s abandoned property costs time and money to remove and may create liability for landlords.

When a tenant files a bankruptcy petition, the tenant (either the bankruptcy trustee or the tenant as debtor-in-possession) has the option to accept or reject any unexpired lease within 120 days of the filing. A court may extend such period for up to another 90 days. Thus, a landlord may be left in limbo for up to seven months. Though a landowner may collect post-petition rent from a debtor who remains in possession of the premises, portions of past-due rent may not be claimed until the tenant elects to accept or reject the lease. If the tenant rejects the lease, the landlord may be delighted to recover the space, depending on the market and other factors.

In many instances, however, the rejection of the space can negatively impact the landlord’s property in a variety of ways.

Landlords frequently obtain dispensation from municipalities with respect to zoning compliance based on a tenant’s particular use. For example, a conditional use permit may allow for a nonconforming use or for reduction in parking requirements based on combined use of multiple parcels.

The departure of a bankrupt tenant from all or a portion of a project receiving such dispensation may nullify special permits, leaving the landlord with a non-conforming property. The landlord will likely incur significant expense and delay to reconfigure the property for a conforming use.

A major tenant’s departure may confer on other tenants rights to vacate or abate rent. Many shopping center lease agreements contain co‑tenancy clauses conditioning one tenancy, or the payment of rent, on the continuance of another, often a larger retailer, to guarantee foot traffic.

If a named co-tenant, or one within a required category specified in the benefitted tenant’s lease, files for bankruptcy, a landlord lacking the right or the ability to replace the tenant may suffer significant consequences: the “double whammy” from the bankrupt tenant’s departure plus remedial action by the benefitted tenant.

A single tenant’s departure may trigger a domino effect in the shopping center with one tenant leaving after the other, whether based on a co-tenancy provision or defaults by tenants whose businesses suffer from the vacancies in the center.

A bankrupt tenant that rejects a lease after making substantial alterations subjects the landlord to further financial burdens.
The landlord may not recover the unamortized cost of tenant improvements paid for by the landlord. Further, the tenant improvements may not be suitable for other tenants. This is particularly true in the case of special-use real estate, such as theme parks, entertainment centers and other uses becoming more prevalent in popular “lifestyle centers.”

Re-letting the premises may require substantial alteration or reconfiguration. While some related costs may be recoverable from the tenant through a claim in bankruptcy, the amount recoverable likely depends on the nature of the construction or improvements made, the terms of the lease and the applicable law in the jurisdiction of filing.

The risk is exacerbated if, by the nature of the debtor’s use, the property constitutes an “attractive nuisance” (as in the theme park example). Even if a landlord elects not to redevelop the property, the landlord may have to expend funds to avoid liability.

Following emergence from bankruptcy, many, if not all, of a tenant’s debts not resolved in the bankruptcy, including those owed to a landlord, may be discharged depending on the chapter under which the tenant filed. Thus, it is imperative that the landlord make a timely claim for damages arising from a tenant’s rejection of the lease. 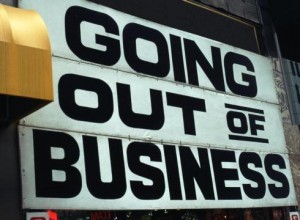 However, before a landlord spends any significant time or effort calculating the myriad of extensive damages in the scenarios described herein, the landlord should consider whether it will already exhaust its potential recovery due to Bankruptcy Code Section 502(b)(6).

This statute limits a landlord’s recovery to an amount equal to the “rent reserved” in the lease for the greater of one year or 15% of the rent for the remaining term of the lease (not to exceed three years).

Even if the cap is not met through lost rents, states differ in whether certain costs in connection with reletting are recoverable. Recoverable costs may include capital expended to obtain successor tenants but not costs that represent long-term capital improvements.

Given the limitations on landlord recovery in bankruptcy, landlords should take caution in offering co-tenancy provisions, “tailor-made” premises with unique entitlements, and special configurations or uses unlikely to be functional for new tenants. Further, landlords should consider obtaining a guarantee of the obligations under the lease from a creditworthy affiliate of the tenant.

With a properly drafted guaranty, the landlord can then pursue the guarantor, notwithstanding the bankruptcy, for recovery of the potentially extensive rent and non-rent damages incurred in the situations described above.

Report: Global investors prepare to settle in for the long haul