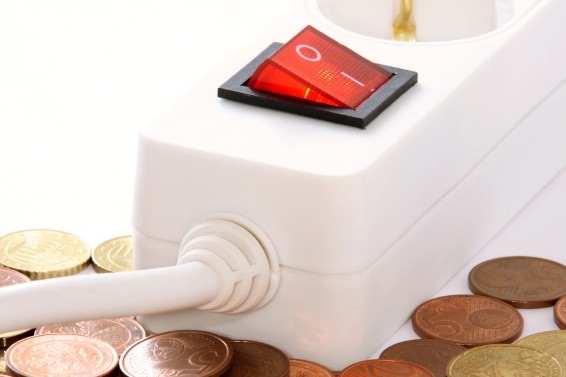 The company’s software allows independent energy producers to maximize their profits while residential and business customers minimize both their energy costs and their impact on the environment.

“Drift wants to change the world by reinventing the way we buy and sell energy,” said Drift CEO Greg Robinson. “Our groundbreaking technology allows you to lower your energy bill, decrease your impact on the environment and put more money back in your pocket.” Technology has transformed almost every aspect of our economy but has left the aging and inefficient power markets in the United States almost untouched.

The result is that America spends close to $1.3 trillion a year (eight percent of GDP) on energy, with close to 60 percent of those dollars paying for energy that is produced but never used.

Due to these inefficiencies, America pays more annually for wasted energy than it does to maintain the U.S. Military.

According to the Energy Information Agency, national residential electricity prices have increased over 50 percent since 2003. Despite innovations in energy efficiency and the growth of alternative energy solutions, the U.S power markets have seen little change in the past century.

Utility companies estimate how much electricity they will need to power the market 24-hours beforehand based, in many cases, on a rough combination of average monthly energy use in- the previous year and citywide weather forecasts for the next day. The utility then purchases energy on the large scale wholesale market, adds 10 – 20 percent in administrative fees in addition to fees for maintaining the energy grid infrastructure — things like power lines and transformers — and then sells it to consumers and businesses.

Several times a year, utility companies underestimate how much power they’ll need for the next day and demand outstrips supply resulting in prices up to 40 times higher than normal, which is good for profit margins butbad for customers.

Drift uses artificial intelligence and machine learning to determine how much energy will be needed the next day by factoring in things like the daily energy usage of individual customers over time and by zipcode microclimate weather data estimates.

It then turns to its network of peer-to-peer energy producers — ranging from iconic skyscrapers to hydroelectric dams and wind and solar farms — to procure power for consumers.

ESCOs and demand response companies are quite prevalent in the market but none seem to offer the same tech, data, and services yet.

Drift’s technology allows it to cut out the 10-20 percent in administrative fees that traditional utility companies pass on to customers.

As Drift expands its network of peer-to-peer energy producers over the next two years, it expects to lower prices an additional 20 percent.

With a traditional utility company, the more energy you use the more money it makes. Drift charges a flat service feeand doesn’t make a dime off of how much energy is used. The company’s entire value proposition is saving consumers money by lowering their energy costs.