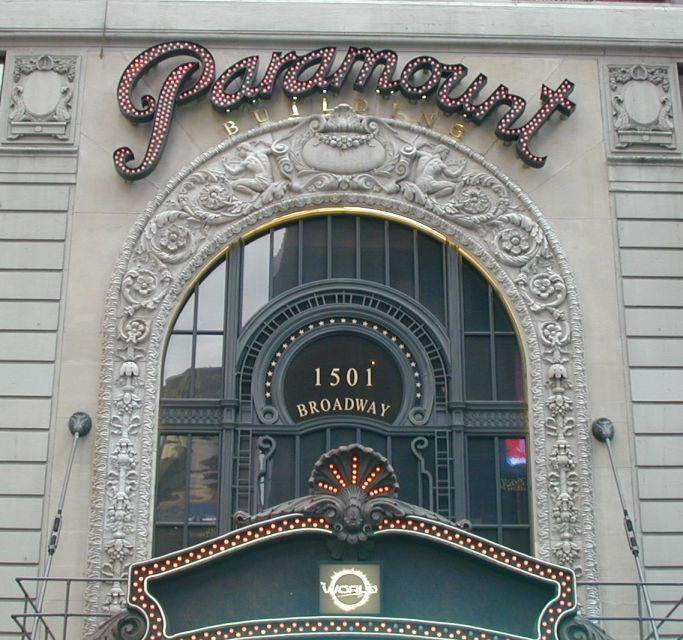 Avison Young serves as the exclusive office leasing agent for The Paramount Building, a destination for theatre and entertainment industry tenants that is currently being repositioned to also attract tenants in the technology and creative sectors.

Tremor Video will be relocating from 16,000 s/f at 53 West 23rd Street and expanding to the entire eighth floor at The Paramount Building, where the company will initially occupy 33,490 s/f and then occupy the balance of its space at the building in 2015 as it becomes available. The company was represented in its lease by the CBRE team of Sacha Zarba, Christopher Corrinet, Jared Isaacson and Cara Chayet.

“Signing tenants of the quality of Tremor Video is an affirmation of our success in repositioning The Paramount Building to attract a wide variety of companies seeking unique modern spaces in a premier Times Square location,” said Mirante.

“We are pleased to be a part of transforming a building that is world-renowned in the arts and entertainment industry into one that also appeals to New York’s burgeoning technology and creative sectors.”

“The eighth floor of The Paramount Building represents a unique opportunity for Tremor Video to create exciting new office space, enabling the company to take advantage of a rare, 50,000-plus-square-feet floor plate in the heart of Times Square that includes 33,500 s/f of double-height, column-free space,” said Gottlieb.

“This transaction is validation of our overall leasing strategy to attract new and innovative companies to several floors of architecturally spectacular space in The Paramount Building. The level of interest and activity we are seeing is very strong, and we look forward to building on the momentum we have established.”

The 33-story Paramount Building was built in 1926 as the East Coast headquarters for Paramount Pictures, one of the largest film studios in the world. Today, the building is home to a diverse mix of companies.

Enhancements currently underway at the tower include floor-by-floor renovations to update the corridors, common areas and bathrooms throughout the building. The tower’s elevator cabs are being renovated and a building-wide window replacement program will be completed soon.

Additionally, ownership has received approval from the Landmarks Preservation Commission to provide opportunities for two new marquees on 43rd Street, as well as exterior signage on 43rd and 44th Streets.

Ownership is also planning to create a new entrance to the building on 43rd Street, which will include a third-floor sky lobby that reconnects the tower’s elevator banks.