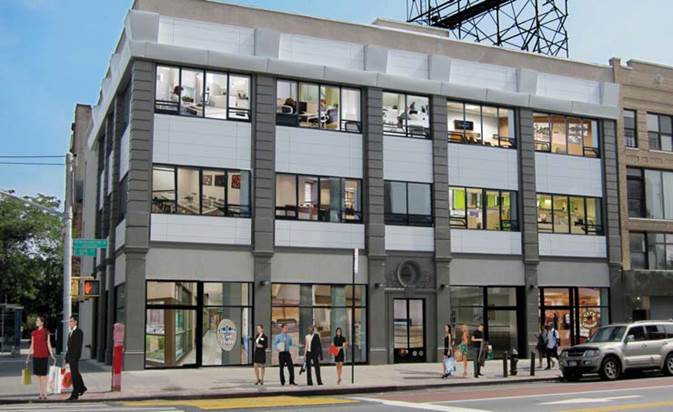 In addition, Tergesen and ABS’s Robert Kempner have been tapped as the exclusive agents to lease the retail and office spaces at 51-55 East 125th St., a 16,860 s/f building in East Harlem.

In the first transaction, Say Yes to Education, a non-profit affiliated with Teachers College of Columbia, signed a 5,095 s/f lease for the ground floor and basement at 340 St. Nicholas Ave.

Tergesen and Robert Kempner of ABS represented the landlord, The Richman Group, in the transaction. The tenant was represented by Arthur Draznin and Gary Linder of Newmark Grubb Knight Frank. Asking rent for the space was approximately $32 per square foot.

The team was also retained as the exclusive leasing agent for the retail and office spaces at 51-55 East 125th St. in East Harlem.  The building’s landlord, 125th Street Holding Company, LLC, recently completed a gut renovation of the 16,860 s/f property. Available spaces include a 4,300 s/f corner retail space with 16-foot ceiling heights and 100 feet of frontage on 125th Street, as well as two full-floor offices totaling 9,060 s/f on the second and third floors.  There is also 3,500 s/f of basement storage available for tenants to rent, plus a billboard that is available for tenant advertising.

The ground-floor retail space at 55 East 125th St. can be divided into several configurations to allow tenants flexibility. The full-floor office spaces can also be divided.

“Demand for office and retail space in the Harlem market has increased significantly over the past 18 months,” said Tergesen. “The central location of 55 East 125th Street offers a major branding opportunity as the intersection enjoys a tremendous amount of pedestrian and auto traffic.

“The building also represents a rare chance for retail, medical, and office tenants to lease mid-size space configurations that can be combined to meet their needs, all within a well-conceived newly renovated building on a major corner of 125th Street.”