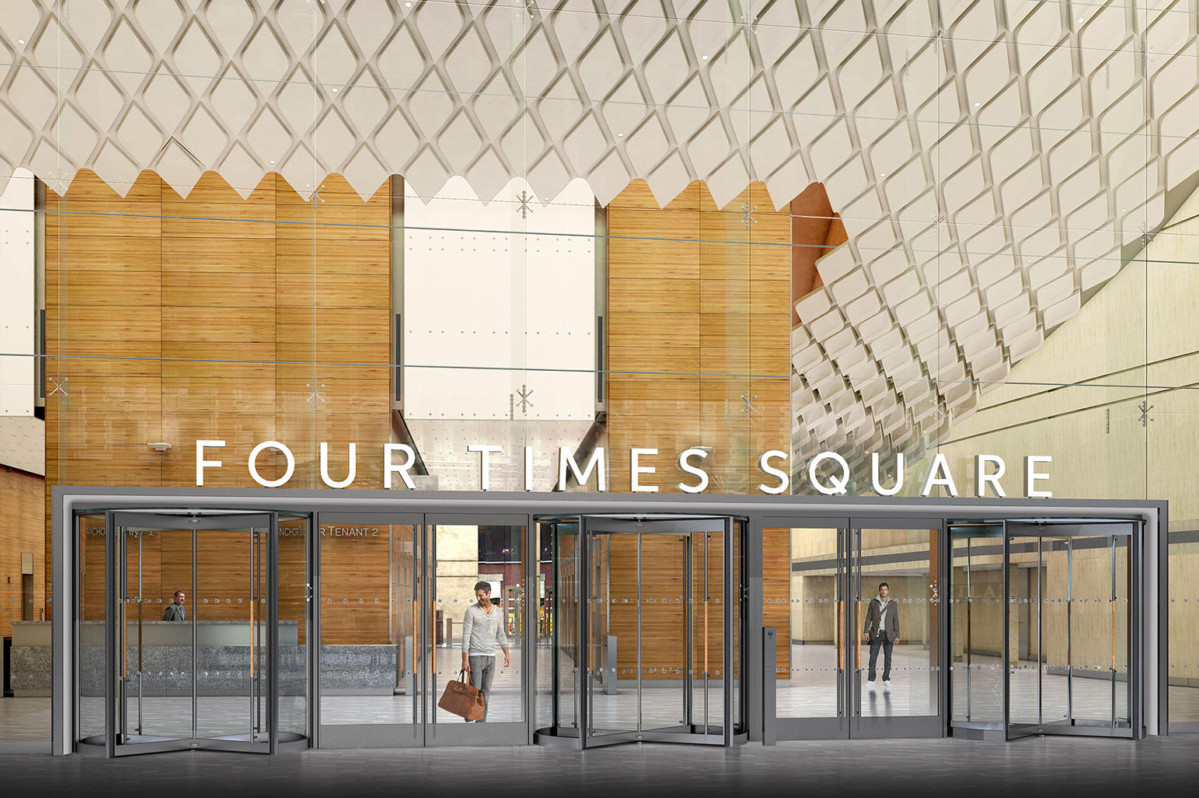 SS&C Technologies Holdings, Inc. , a global provider of financial services software and software-enabled services, today announced it  has signed a 15-year lease for 135,571 s/f on the entire fifth and sixth floors and partial seventh floor at 4 Times Square.

The company expects to move to 4 Times Square in mid-2017.

“We are pleased to expand our footprint in New York by leasing space in such a beautiful building in the heart of Times Square,” said Bill Stone, Chairman and Chief Executive Officer, SS&C Technologies. “I appreciate JLL’s Executive Chairman – Americas, Roger Staubach, for his personal involvement and the great team he put on our account to support in securing this exciting location. 4 Times Square will assist in attracting and retaining top talent, which is our most valuable asset.”

“We are excited SS&C has chosen to remain in the Durst portfolio and welcome them to 4 Times Square,” said Jonathan (Jody) Durst, President of The Durst Organization. “The newly designed Times Square space is attracting great companies like SS&C. As the global leader of financial technology and software-enabled services, and being publicly traded on NASDAQ, I could not think of a better place for their corporate home.”

SS&C continues to expand throughout the United States. It has opened new offices in Los Angeles and Evansville, Indiana, and acquired offices in California, Florida, Massachusetts, Minnesota, New Jersey, New York, and Texas.