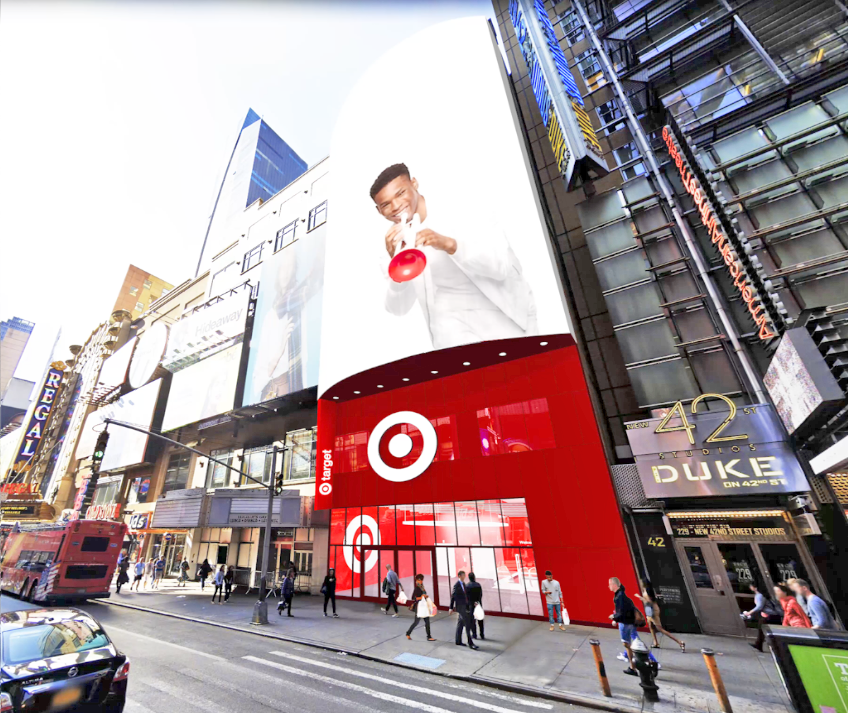 Tishman Realty’s E*Walk entertainment and experiential retail complex in Times Square has executed a lease with Target Corporation for a new 33,000 s/f store.

The planned store will be the next component of Tishman’s recently launched $60 million capital improvement plan for E*Walk.

“E*Walk is a prime location for retailers located along 42nd Street between Seventh and Eighth avenues,” said Patrick A. Smith of JLL.

“The Times Square area boasts over 94,000 passers-by daily and 65 million commuters a year from the nearby subway stations and Port Authority Bus terminal. The next evolution of E*Walk will showcase the best in retail, entertainment, food and experience”.

The first phase of Tishman’s renovation of E*Walk was completed with the execution of a long-term extension and the opening of Regal E-Walk Stadium, the new flagship cinema developed by Regal Entertainment Group featuring luxury recliners with reserved seating in all auditoriums, an expanded food menu and a 4DX auditorium.

E*Walk’s improvements also include a complete redesign and upgrade of all of the signage on the building, which runs 400 feet along 42nd Street and is 102 feet high.

The work will include new retail tenant signage, the renovation and expansion of the high-definition “signage cube” at the corner of 42nd Street and Eighth Avenue and state-of-the art third-party signage on the remainder of the building.

To help with the redevelopment effort, Tishman has engaged a team of experts that includes Patrick A. Smith, Erin Grace, Corey Zolcinski and Matt Ogle of JLL as leasing representatives, and Zyscovich Architects, MG Engineering D.P.C. and Sensory Interactive Inc. to help design and execute the redevelopment.

Tishman opened E*Walk in 1999 as part of the revitalization of New York’s famed 42nd Street, one of the largest urban renewal programs in the United States.

The five-level retail complex has one anchor space remaining of 15,000 s/f to 20,000 sf, with multiple small tenant configurations also available.

The proposed spaces will be able to accommodate both large- and small-format retail, apparel and entertainment uses, with an additional 20,000 s/f of billboard and multimedia signage available to maximize retailer branding.