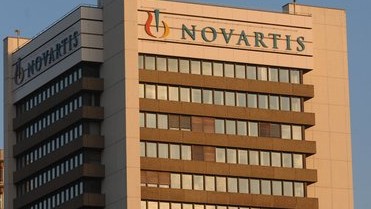 By Matthew Dolly, Director of Research at Transwestern

During most market cycles, the availability of sublease space often offers opportunity for prospective tenants.

Small businesses that can’t afford risks often look to sublease space in order to avoid long-term commitments. In addition, sublessees can often enjoy “turnkey” space, with furniture already in place, helping them to avoid the cost of furnishing their own unit. Furthermore, subleases can include much simpler lease terms and, often, the tenant will have the option to engage in a standard lease at the end of the term.

However, the availability of office sublease space is currently scarce in New Jersey, and these short-term options are almost nonexistent. In fact, for the past two years, sublease space has consistently represented less than 5 percent of vacant space, a drastic change when considering where things stood earlier this century.

In 1995, the ratio of sublet opportunities to overall vacant space hovered around 9 percent. By the close of 1998, that figure rose to 13.8 percent. Heading into the 21st century, the combination of the dot-com collapse and the tragic events of 9-11-2001 resulted in a glut of unused inventory.

The initial bump in sublease availabilities resulted from many collapsed tech companies that vacated their business residences. Then, following 9-11, many New Jersey companies that weren’t utilizing all of their space decided to offer some of it on the market, anticipating that displaced World Trade Center tenants would relocate across the Hudson River. At that point, sublease space represented more than 30 percent of the market’s vacancy.

On the Hudson Waterfront, the ratio of sublease to overall available space was an astounding 73 percent early in 2002, as the submarket was viewed as an ideal relocation destination for the displaced New York companies. While some businesses took advantage of short-term subleases, resulting in a spike in sublease occupancy during the first half of 2002, companies didn’t flock to New Jersey as expected. As for the few tenants that did move across the river, many eventually returned to Manhattan.

So what has caused the drastic change in New Jersey’s availability of sublease space? There are several factors at play.

The economy improved between early 2003 and late 2007, leading to an increase in subleasing activity. During that period of just over four years, there was an increase in activity that resulted in the state’s sublease ratio declining from 22 to 11 percent. In seven of 19 quarters during that period, total sublease space leased exceeded 500,000 square feet, with the largest sublease signed by Mellon Financial (now BNY Mellon) in Jersey City.

As the market has improved steadily since late 2012, there has been minimal subleasing activity. Sublease vacancy has even vanished in submarkets where it once constituted a high ratio of availability, and what is left is aging in infrastructure.

For tenants who are seeking sublease space in today’s market, attention should perhaps be paid to the pharmaceutical industry. For example, Novartis recently put 150,000 square feet of sublease on the market in Parsippany. Also, Linde Americas recently agreed to move its headquarters for North and South America to +/- 115,000 square feet of space formerly occupied by Allergan in Bridgewater. Allergan’s impending merger with Pfizer could also lead to further consolidation and, eventually, sublease vacancy.

Still, the undisputable fact is that most businesses today want their own space, and prefer new construction vs. leasing property formerly built-out to fit the needs of another company. There just are not as many “ready-to-move-in” sublease space vacancies as we’ve seen in the past. Additionally, with the advent of other options for short-term tenants who seek flexibility — WeWork, Regus, etc. — the idea of a sublease becomes less attractive by the day.

Good guy guaranties and how they can sink you