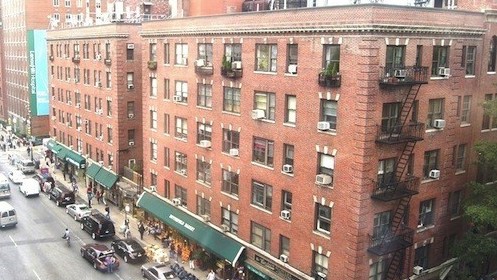 By Adam Frisch,
Managing Principal, Sierra Residential
As a long-time leasing agent for many New York landlords, I am deeply familiar with the seismic changes that have occurred in the market during the past few years.

Residents are not deterred by the prospect of a long commute, and the local landscape makes living in the outer boroughs increasingly appealing.  Not only are major retail chains opening in outer borough neighborhoods for the first time, but an unparalleled portion of Millennials residents are preferring the zeitgeist of Brooklyn and the economy of Queens. Residential landlords in Manhattan have never in recent history faced such fierce competition from the outer boroughs.

In addition to factors close to home, forces beyond the greater tri-state area have had a profound effect on the New York real estate market.

At this moment, a relatively stagnant GDP coupled with a contentious election year has caused a large number of banks and investment service firms to hold their capital more tightly than in recent years.

This result of this has been significantly less competition for Manhattan apartments than the city has seen since the end of the last recession.

Indeed, the vacancy rate as reported by Miller Samuel reached approximately 2.2% in the second quarter of 2016, the highest it has been since 2011. Concession rates are more than double what they were during the summer of 2015.

For many landlords, this has been all strangely reminiscent of the recession of 2008-2010. Stranger still is that for the first time since the early 1980s, rents in prime Manhattan neighborhoods have experienced a significant drop during an otherwise stable economy.

These market fluctuations can appear daunting. However, by taking certain steps, there is nothing to be afraid of in a challenging market.

After more than 12 years of leasing brokerage, I have a unique perspective on “staying afloat” during difficult markets. This firsthand experience has inspired several unique strategies to raise residential NOI, while it remains stagnant or even decreases in other buildings.

In such buildings as 1125 Lexington Avenue, 971 First Avenue and 151 East 19th Street, I have increased or maintained rent rolls, which still continue to be between 20% and 30% higher than they were before I was given the job of leasing them.
My everyday duties are those of a leasing agent, but I regard my role as that of a portfolio manager, a philosophy that puts me in contact with every aspect of the leasing process with every agency.

I advise on renovations, help landlords to calculate cash-on-cash paybacks for capital improvements on individual units, and stay on top of contractors to complete the renovations in a timely manner so as to minimize down time on rentals.

Once the apartments are in prime condition, I screen all tenants individually and examine their tenant histories as closely as their financials; after all, the goal is to build a strong community of tenants as opposed to simply filling vacant apartments with whoever has the highest credit score. (Remember, jerks are not a protected class under the Fair Housing Act.)

In addition, I negotiate renewals and handle each facet of the move-in process. Every aspect is performed with the aim of a well-occupied building with little turnover.

The same approach cannot be applied to all buildings and properties; nevertheless, all types of landlords are capable of taking steps to improve both their income and quality of tenants for success in smooth and challenging markets alike.