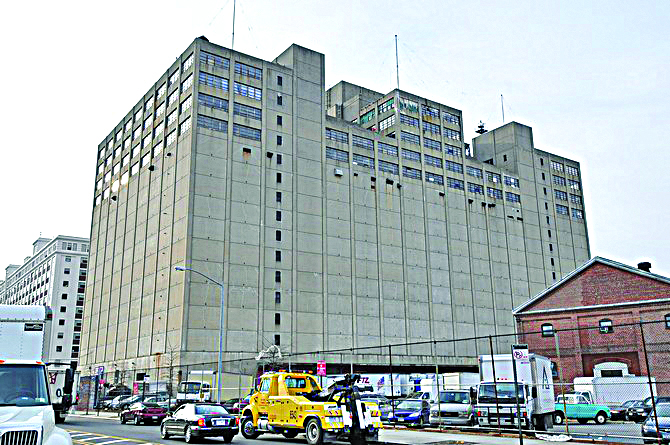 A corporation that scouts and funds high-growth startups around the world will set up shop at the Brooklyn Navy Yard’s new Building 77.

Working in partnership with BNY, 1776 aims to fuel transformative innovation in New York City and answer Mayor Bill de Blasio’s charge to create and preserve quality jobs in line with his administration’s $100 million investment in Building 77.

“Once again, New York City is showing the world what inclusive, meaningful entrepreneurship and economic development looks like. Partnering with 1776 at the Navy Yard is a big step toward achieving our goal of making our city the global capital of the new innovation economy.” said Bill de Blasio, Mayor of New York City.

1776 will build its first New York City campus on the top floor of Building 77, becoming the anchor tenant of the one million square foot building currently undergoing a $185 million renovation.

Set to open in 2017, Building 77 will serve as the Brooklyn Navy Yard’s new public gateway with a food manufacturing hub on the ground floor, and it will support 3,000 new jobs.

Together, 1776 and the Brooklyn Navy Yard Development Corporation will bring new entrepreneurs to the Yard and support existing businesses by expanding membership in the 1776 startup program to more New Yorkers.

“Attracting 1776 to Building 77 will lead to many cutting-edge startups locating at the Yard and make a great addition to our existing culture of cross-sector innovation and collaboration. We look forward to partnering with 1776 as their small businesses grow, expand into additional space and become significant employers at the Yard,” said David Ehrenberg, President and CEO of Brooklyn Navy Yard.

“1776 is eager to work with New York City’s innovators to transform industries and empower startups. We are thrilled to join forces with the Brooklyn Navy Yard to drive this mission in the greatest city on Earth,” said Rachel Haot, Managing Director of 1776.

1776 is a public benefit corporation headquartered in Washington, D.C., with additional campuses in Dubai, New York City and San Francisco. It hosts more than 500 international events per year that attract heads of state, Fortune 500 CEOs and influential investors.