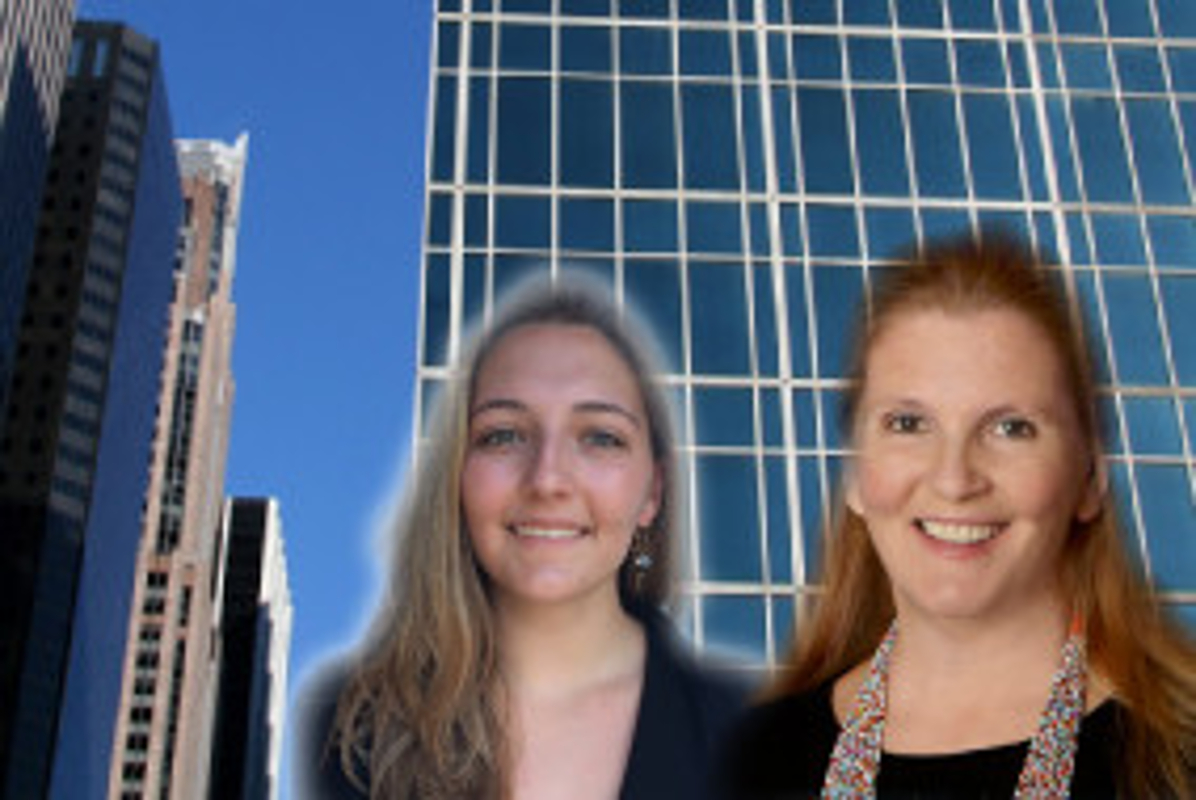 Succession is a tricky proposition. In the case of the Stacom family, the handover is of the sideways variety.

Amber Kraus, the daughter of CBRE NYC Capital Markets Head Darcy Stacom, has embraced her lineage. However, instead of working dollars and deals, she’s taken a different path in the real estate industry.

Kraus, who works as a sustainability analyst, is more concerned about carbon emissions and water usage than multi-million dollar sales contracts. Nonetheless, she tangentially occupies the same industry as her mother, a woman who was once dubbed as “Queen of the Skyscrapers.”

Kraus attributed her career choice to two places: New York City and Ohio.  “In college, I studied studio arts and did a concentration in environmental studies. Having studied the environment in a more rural setting, in Ohio, where I went to college, and then with my experience growing up in New York City, I realized I wanted to find a way to combine the rural with the urban,” she said.

“Having grown up in Midtown Manhattan, I was never surrounded by nature in any way. Going to college in a more rural setting, I really got to be immersed in a relatively untouched landscape. I think it’s really important for us to try to bring the environment back into urban settings so we can reduce pollution.”

Darcy Stacom, whose career achievements include  the $2.9 billion sale of the GM Building, said that her daughter’s entry into the family business took her by surprise.

“When she said this was the field she was attracted to, I thought, ‘Wow,’” she said. “The first time she told us that she was going to work at Brooklyn Grange at the rooftop farm in Long Island City, I was pretty stunned. I knew she helped in the garden when she was growing up, but I didn’t know that was the area she was going to go to. Then later, she got the internship at Tishman Speyer, which she only wanted if she could work in the sustainability group. That’s her area. Thatʼs her passion.”

Nonetheless, occupying the same industry has added an extra layer of complications to mother-daughter conversations. “Sheʼd still roll her eyes when I told her I sold another building,” Stacom said.

Kraus was quick to deny the charge, saying that she’s always proud when her mother closes a deal. She also pointed out that there’s no moratorium on shop talk.

So far, Kraus is ruling out a migration to the money side of the real estate business. She attributed this to things she observed in her family.

“I really am just into the sustainability arm of real estate. I see that, you know, my mom has a passion for the industry. I don’t have the same drive as she does. Seeing how much passion she has for it that makes me realize I should do the thing that inspires me, like working as a broker does for her.ˮ

The mother and daughter pair will take part in an inter-generational panel titled “Commercial Real Estate: The Rise of a New Generation, next Wednesday (March 29) at 180 Maiden Lane in Lower Manhattan.

The event is presented by The Stacom Family Speaker Series of Integrated Real Estate at Lehigh (ire@l) under the leadership of Tara Stacom, executive vice chairman at Cushman & Wakefield.

“The dynamics of commercial real estate have changed dramatically from one generation to the next,” said Tara Stacom, who is a trustee at Lehigh University and had earned her undergraduate degree in finance there.
“By bringing together multiple generations within the same real estate families, we’ll gain insights into where the industry is heading.”