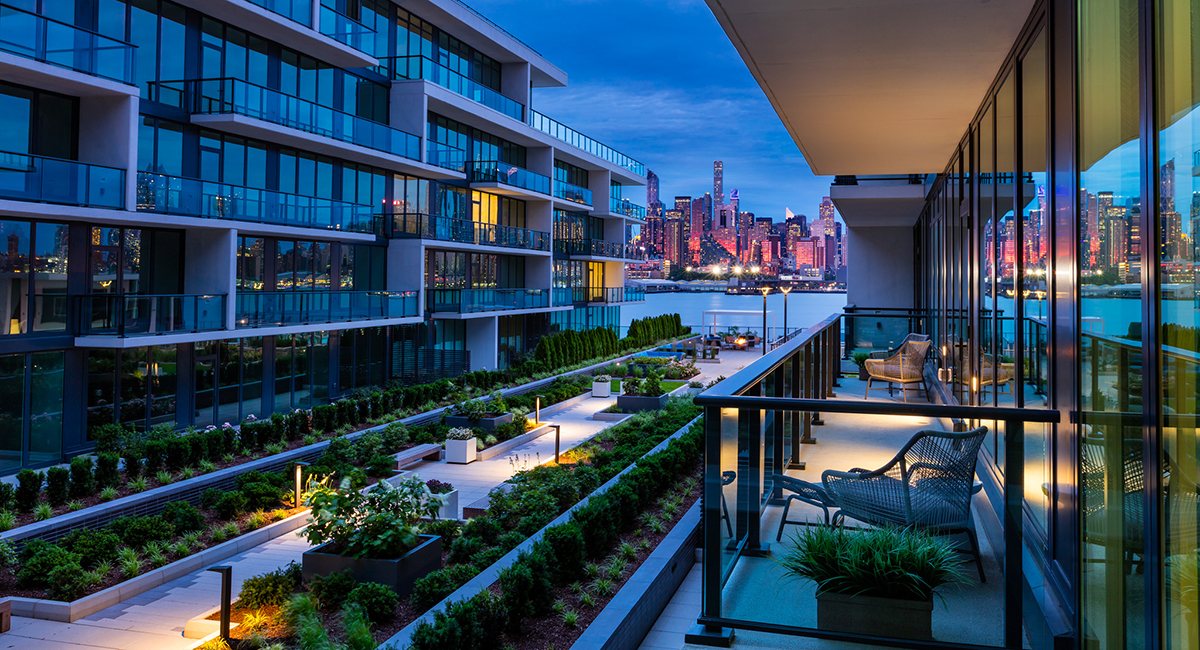 Small-town Weehawken’s secret may be out

Weehawken, the Hudson County township that sits on the western shore of the New Jersey Palisades, provides an escape hatch to the detached and cramped life that New York City offers.

The area is just a skip and a hop away from New York City but may as well be in a Midwestern state.

Residents, who have the option of taking a 15-minute bus ride that zips through the Lincoln Tunnel into Midtown Manhattan, tell tales of a small town environment, with the added plot twist of a good public school system.

This combo is unusual considering the area’s proximity to one of the world’s busiest metropolitan areas.

Weehawken is no longer being quickly dismissed by apartment hunters. According to the United States Census Bureau, Weehawken is housing a rapidly swelling population.

The number of residents in the area grew from 12,554 to 14,040 between 2010 and 2015. Weehawken’s pace of growth (11.8 percent) is much higher than the state and national average. Over the same period of time, New Jersey’s population grew by just 1.89 percent, ranking 35th in the nation. Meanwhile, the national average was at 4.1 percent, which is just about one-third of Weehawken’s growth rate.

Ann Gobel, a vice president and group account director at publisher Time, Inc., is one of the defectors to the area.

Gobel, who relocated from Jacobs Ferry in West New York, has lived in a townhouse at luxury development The Brownstones for the past 12 years. She and husband Paul were drawn to Weehawken because of its small town feel and attractive return on investment proposition.

“We liked the development (in Jacobs Ferry) but we prefer the community and town services much more in Weehawken,” Gobel said.

“We were mainly driven to purchase in Weehawken as we viewed The Brownstone as a chance to get more space and hopefully make a smart financial investment in waterfront real estate.”

During their search, Gobel had a set of requirements. She wanted a brownstone or a single family home with four bedrooms and a minimum of 4,000 s/f. They also had a price range of $1 million to $1.5 million.

They came to Weehawken with an exit plan. That has since been shelved indefinitely. “While we heard great things about the town of Weehawken, we hadn’t intended to stay for more than five years. We quickly fell in love with the town, our neighborhood, neighbors, and especially the Weehawken school system for our three children, and so ultimately decided to stay long term,” Gobel said.

“The reason we have stayed is mainly because of our three children. The Weehawken schools are very competitive and the township also puts a lot of effort into providing a good recreation program for kids and families. All of our children are very involved in the recreation and school events. As parents, we have also been extremely involved in the schools and sports programs. Also, while in close proximity to New York City, we do enjoy the special feel of a small town.”

Gobel’s case is not unusual in Weehawken.  The town, as some residents say, has a hold on people, with many lifelong inhabitants in the area.

One resident who is working on lifelong status is Mary Ann Fernandez, who owns Gypsy Yogis, a yoga studio on Palisades Avenue, on Weehawken’s border with the neighboring town Union City.

Fernandez, who grew up in Union City, has lived in Barcelona and Florida. Yet circumstances have pulled her back to the area. She’s been back in Weehawken for seven years, and she’s cheering on the changes that she’s seen in town.  “It’s a great place to live. It’s a great place to raise kids. It’s a really diverse neighborhood. It’s growing,ˮ said Fernandez.

“This neighborhood’s getting really, really strong. I mean, I have a lot of people who come to the yoga studio that are traveling here from Brooklyn, Manhattan or Hoboken. They come from other parts of New Jersey and New York,” she said.

“Lately, there are a lot of changes. The area is slowly starting to gentrify. I’m okay with gentrification, especially since I grew up here. I mean, it’s hard on a lot of the residents here. But being a business owner, I’m open to it, of course.”

Gentrification may take hold faster than most residents in the area expect. Weehawken is becoming a very attractive target to luxury developers, and many firms are competing for space at the waterfront that faces Midtown Manhattan.

One of the most active condo developers in the area is Lennar, which recently completed a 103-unit boutique residential project called 1200 Avenue at Port Imperial. The property, which is the second building in Lennar’s Avenue Collection, had more than half of its units sold by the time when it was finished last October. The first building in the Avenue Collection, the 74-unit Avenue at Port Imperial, is already sold out.

“In my opinion, it is ideal for professionals who work in Manhattan, or retired couples whose children are grown. That way, they are close enough to attend events in Manhattan, as well as meet their children who work in New York City,” said Yim Kwan Cheng, a sales associate in Prominent Properties, the Edgewater office of Sotheby’s International Real Estate.

Gabe Pasquale, whose firm, Landsea, is constructing an 11-story condo building on the Hudson River waterfront, identified the same target for his company’s project, saying that they are mostly pitching to “buyers who range from young professionals looking for a new modern residence in a full-service building, to empty-nesters looking to scale down from a single-family home and live a vibrant, convenient lifestyle closer to Manhattan.”

The development, called Avora, is expected to be occupied by the first quarter of 2018.

The residents in Lennar and Landsea’s projects will soon be sharing Weehawken with people like Fernandez, who said that she can see herself staying in the area for the rest of her life.

“For right now, yeah,” she said when asked whether she expects to live in Weehawken for the rest of her life. “We’re happy here. We’re definitely going to keep some roots here because I have a business here. It all depends on how my business is. If I was going to keep any place in the United States, it would be here, for sure. Otherwise, honestly I’d probably go to the Caribbean or something. That’s where my family is from.”