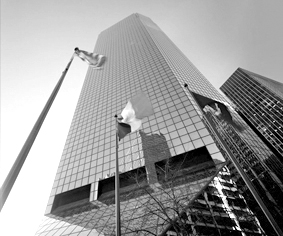 “We are very pleased with the outcome of our investment in 180 Maiden Lane,” said Isaac Zion, co-chief investment officer at SL Green, noting that the building made its investors an internal rate of return of approximately 16 percent.

“The monetization of our equity in this transaction will allow us to redeploy capital into other value-creating opportunities,” he added.

SL Green and The Moinian Group originally partnered up to recapitalize and refinance the building in November 2011. SL Green took 49.9 percent ownership and assumed management and leasing responsibilities. Insurance giant AIG was one of the anchor tenants at the building, but the firm left in April, leaving two-thirds of the office space vacant.

Along with the 180 Maiden Lane sale, SL Green also announced yesterday an off-market acquisition of commercial condo units in a Midtown class-A office building at 55 West 46th Street for $275 million.

SL Green purchased 319,000 s/f of vacant office space in the building on floors 22 to 34, a retail store on 46th Street, and the building’s parking garage and fitness center for $275 million, according to a press release from the company.

Included in the agreement is the option to include the second floor of the building in the deal, which would be 28,000 s/f for an additional $20 million.

The Extell-owned building, known as the International Gem Tower, was designed by Skidmore Owings & Merrill, was completed in 2013. The 34-story glass and steel skyscraper has on-site parking, a fitness center, and bike storage. The building was conceived and designed specifically for the diamond, gem and jewelry trade.