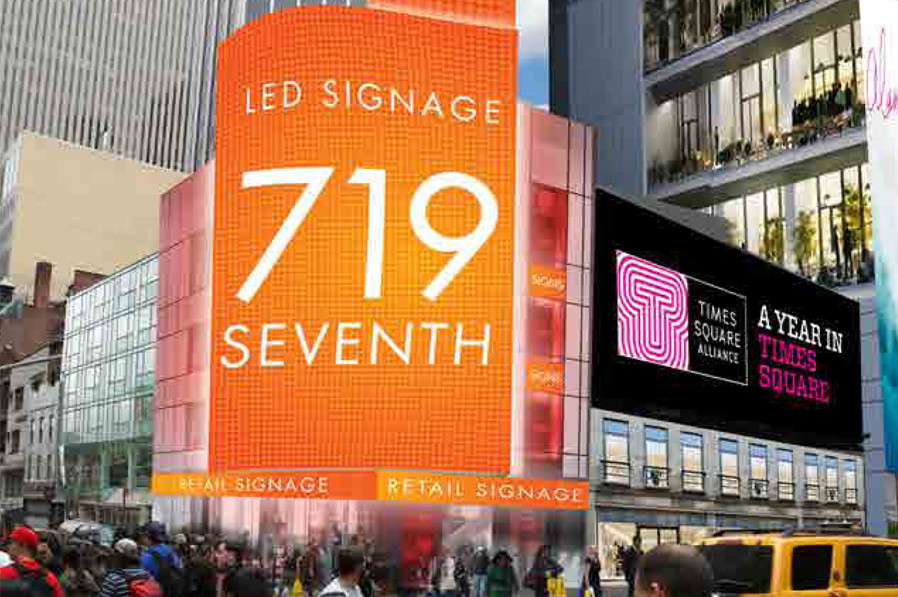 SL Green Realty Corp has closed on the refinancings of 800 Third Avenue and Jericho Plaza and the construction financing for 719 Seventh Avenue.

Along with its joint venture partners, the company closed on the refinancing of 800 Third Avenue.

The new 10-year, $177 million mortgage loan features a fixed interest rate of 3.17 percent, subject to up to a 20 basis point increase under certain conditions, and replaces the previous $20.9 million mortgage that was set to mature in August, 2017.

SL Green, which owns a 60.5 percent interest in the asset, received approximately $89 million in net proceeds from the transaction.

SL Green, along with its joint venture partners, completed the recapitalization of Jericho Plaza by securing a new 2-year (subject to three 1-year extension options) floating rate mortgage with an interest rate of 4.15% over LIBOR.

The initial funding was approximately $75 million with a total expected funding of $100 million. The refinancing closed simultaneously with a series of transactions culminating in the property being owned in a new venture that continues to include SL Green and Onyx Equities, along with other partners.

The venture will implement a capital improvement plan that includes lobby and elevator cab renovations, addition of a conference facility, and landscaping upgrades.

SL Green, which owns an 11.67 percent non-controlling interest in the venture, received approximately $8.4 million in net proceeds from the refinancing and will continue to share management/leasing responsibilities with Onyx Equities.

SL Green also secured construction financing of a retail development site at 719 Seventh Avenue. The 2-year (subject to one 1-year extension option) $44 million loan features a floating interest rate of 3.05 percent over LIBOR, with the ability to reduce the spread to 2.55% upon achieving certain hurdles. SL Green, which owns a 75 percent interest in the asset, received approximately $21 million in net proceeds at the closing of the transaction, with the balance of the loan proceeds being used to complete the construction.

Located in Times Square, 719 Seventh Avenue will become a prime retail flagship location featuring approximately 10,000 square-feet and an extensive LED signage program. Construction completion is estimated to occur prior to the 2016 holiday season.

SL Green President, Andrew Mathias, commented, “The successful completion of these transactions provides evidence that liquidity continues to be available for high-quality borrowers.

“The refinancings of 800 Third and Jericho represent another stride in our effort to extend the term of secured debt maturities, reduce cost and generate incremental proceeds, while the construction financing secured at 719 Seventh speaks to SL Green’s ability to recognize value and lock in low borrowing rates for a property set to benefit from its prime retail location.”