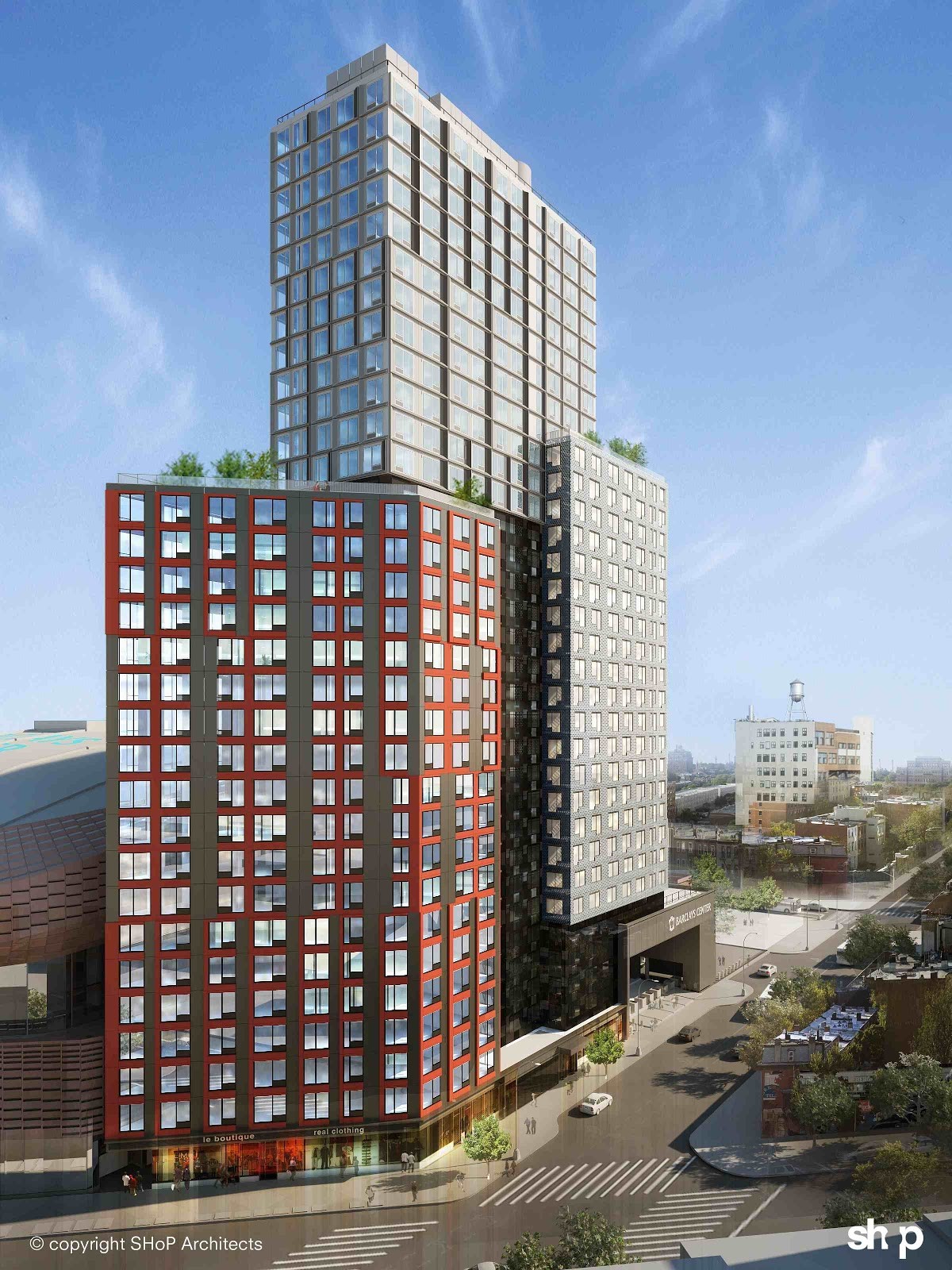 Skanska has terminated its construction agreement with Forest City Ratner for an Atlantic Yards modular apartment tower, sending the dispute over the project into a new round.

In a statement issued today (Tuesday), Skanska justified the step by alleging Forest City Ratner did not address unspecified “material breaches” under the agreement.

Work at the Atlantic Yards B2 Project, set to become the tallest modular tower in the world at 32 stories, has been interrupted for weeks, prompting the two firms to exchange lawsuits.

In essence, the dispute between the two joint-venture partners is over who has to foot the bill for recent cost over-runs and design flaws at the site.

While Forest City Ratner demands that Skanska stick to the agreed-upon price despite the over-runs, the construction firm wants to renegotiate the terms of the contract.

Today, the court granted a preliminary injunction, forcing both sides to re-start the dispute process mandated in the construction agreement, but Skanska’s termination of the agreement makes it unlikely the two sides will reach a resolution soon.

In strongly worded statements, the two firms blamed each other for the impasse.

Skanska USA Building’s COO Richard Kennedy spoke of an “incredibly disappointing day.” “We could not continue to incur millions of dollars in extra costs with little hope that Forest City would take responsibility for fixing the significant commercial and design issues on the project,” he said in a statement.

Forest City Ratner CEO MaryAnne Gilmartin accused Skanska of “deplorable and disappointing tactics that show remarkable indifference to the wellbeing of these workers and the project.”

She also implied Skanska is using its stop-work order to blackmail Forest City Ratner into agreeing to its terms.

“We will continue to rigorously pursue our options through the courts to get B2 built,” Gilmartin added.

Skanska’s exit from the joint venture is the new low for a project that was once heralded as the future of residential construction.

In late 2012, Patricia Lancaster, clinical professor at the NYU Schack Institute, had praised the project as a potential role model for others to follow. “I think that the construction industry needs to be revolutionized, and there are particular circumstances surrounding this time and that project that has the potential to be revolutionary,” she said. займ онлайн