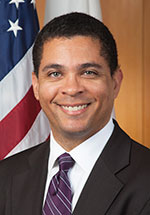 A decade after a major rezoning drive, Downtown Brooklyn is still dealing with growth and commuting issues. Now city officials are considering a change in strategy.

“We need to take a long hard look at our incentive structure as well as the existing physical stock,” said head of the Economic Development Corporation, Kyle Kimball at the Massey Knakal Brooklyn Real Estate Summit last week. Kimball warned that there could be “constraints” on Brooklyn’s ability to add commercial space in the near future if changes weren’t made to the current strategy.

In May of 2004, Downtown Brooklyn was rezoned following a unanimous vote by the City Planning Commission.

The intent of the restructure was to develop “strategic infrastructure investments to create a dynamic downtown with 18,000 jobs in new, desirable commercial space, new housing, retail, open space and improved transit connections,” according to a statement released at the time of the decision.

The rezoning was slated to generate approximately 4.5 million square feet of commercial space, but the past decade has produced only 250,000 s/f.

Despite concerns over plodding commercial growth, affordable housing remains a necessity if the borough is to prosper, according to deputy mayor Alicia Glen.

“Where we are rezoning a site for private development use,” said Glen, “developers will be required to provide affordable housing to build a building. The level of affordability has yet to be determined across different rezonings but affordable housing will be required in any development seeking a rezoning or building in a newly rezoned neighborhood.”

While attracting new commercial tenants and providing dwellings for its employees to call home is a large part of the battle, the Summit was dominated by the reveal of an aggressive solution to commuting issues in and out of the borough.

CityRealty CEO Daniel Levy revealed a Gondola system, the East River Skyway, that would likely cost between $75 and $125 million to construct.

While the project has yet to be approved, Sam Schwartz, president and CEO of Sam Schwartz Engineering, spoke with Real Estate Weekly about its feasibility.

“I think the major issues will be where to place the terminals,” said Schwartz. “One could take a look at the terminal location for the tram that goes to Roosevelt Island from 2nd Avenue. As long as we can find a property that’s close in size it shouldn’t be any problem.ˮ

Schwartz is ultimately optimistic that gondolas could be a realistic option for Brooklyn commuters.

“Bottom of vehicle has to be 135 feet above mean-high water when it’s crossing the navigable portion of the east river,” Schwartz advised. “Gondolas can achieve that kind of height in a short distance.

“I can’t of think anything that prevents it from happening other than money and finding square footage — that’s probably a half acre — that’s needed for having station.”

de Blasio picks up the baton in city’s eco-battle