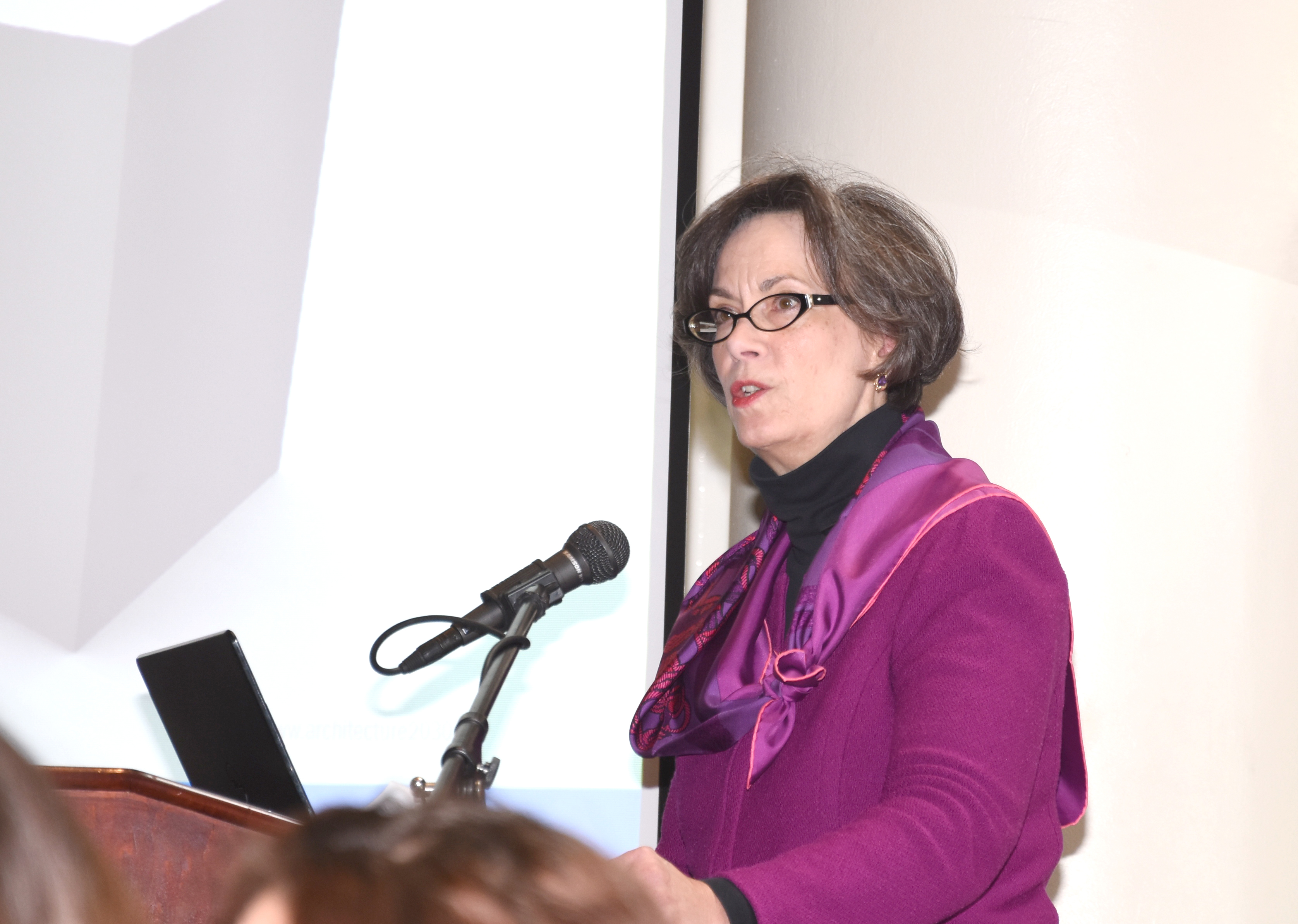 The trend of green building is beginning to bloom and industry leaders like Skanska are here to reap its harvest.

During the Commercial Real Estate Women of New York’s February luncheon, Skanska’s chief sustainability officer Beth Heider spoke to a crowd of nearly 200 of the steps they’ve taken to lead the way for a future of green buildings.

“As chief sustainability officer…I am banking on sustainability to be a business driver for Skanska,” Heider said. “Because despite what’s going on in the current administration, the global financial market, US businesses, and cities nationwide are reaping the benefits of investing, designing, and building a more sustainable and resilient way.”

According to Heider, Skanska and similar companies have the opportunity to influence the propsective landscape, as buildings created in the next few years will account for three-fourths of America’s future building stock.

Skanska is committed to a greener future as they’ve been involved in cutting-edge building technology with several projects.

With certifications like LEED—and its relatives like WELL and Envision—found throughout the market today, Skanska is ensuring their ventures can contribute to the environment instead of adding to its detriment.

In Houston, Texas, the Capitol Tower was able to earn its LEED Platinum designation through various commitments, including the use of a chilled beam HVAC system. Heider said the public doubted the system’s efficiency in a state with scorching temperatures like Texas, but Skanska was able to prove them wrong while also providing a better building.

“Naysayers said you can’t do that in Houston, it’s too hot, it’s too humid,” Heider said. “But we’re delivering a system that will not only be more comfortable, but it will promise to be healthier and it’s helping the building to achieve LEED Platinum.”

Skanska isn’t just invested in constructing buildings as they also tackled Expo 2, a civil infrastructure project that would extend the LA Metro’s light rail service from Culver City to Santa Monica. The Expo 2 project scored an Envision Platinum certification, the LEED-equivalent for infrastructure and the highest designation that shows they carefully considered the environmental impact, the material used, and the most efficient processes.

In other projects, Skanska wanted buildings to generate more energy than necessary to function. With the American Geophysical Union’s headquarters in Washington, D.C., Skanska renovated the entire building with air filtration, solar concentrators, and heat recovery systems so it would be net positive on energy usage. Positive energy buildings can then use the surplus energy to charge other things outside the house, like electric cars or appliances, and even sell their excess to utility companies.

And as an ultimate testament to their green commitments, Skanska is also challenging themselves with the design of the Chesapeake Bay Brock Environmental Center as a Living Building. In order to be designated as a Living Building, the structure would have as much impact on the environment as a flower, according to the International Living Future Institute, who originated the Living Building Challenge. The facility, completed in 2015, produces nearly twice the energy it uses, processes all of its wastewater on site, and collects and purifies more potable water than it demands, Heider said of the building features.

So with all these LEED-like certifications growing in popularity for the last 20 years, building quality has also improved by raising the floor of what is the norm. The problem now, Heider said, is convincing some of their clients to also raise their sustainability goals in comparison to other structures in the area.

To tackle this, Skanska is working with the US Green Building Council to develop a market insight tool that gauges where a building would rank compared to the market by showing you range of average energy, water usage, and other statistics for a certain location. Heider explained that the USGBC has been beta-testing this app on Skanska projects, but is hopeful to roll out the market insights tool to the public by the end of the year.

But so far, green building and the investment into it has seen continued growth, Heider said. According to CBRE’s 2017 National Green Building Adoption Index, buildings across 30 US office markets certified through LEED or ENERGY STAR slightly increased to 38 percent from 37 percent the year prior. But the percentage has grown significantly since 2005, where it stood at only 5 percent, the report noted.

As the trend continues, Heider and Skanska are betting that society will follow the trend and hope to see a greener building as a norm. For her, the benefits of achieving sustainability and green buildings throughout the country is worth the effort and money poured into it.

“As we are banking on sustainability, I ask you, wouldn’t it be just awful if climate [change] turns out to be just a hoax and we ended up with thriving businesses and healthy children?” Heider said, jokingly.