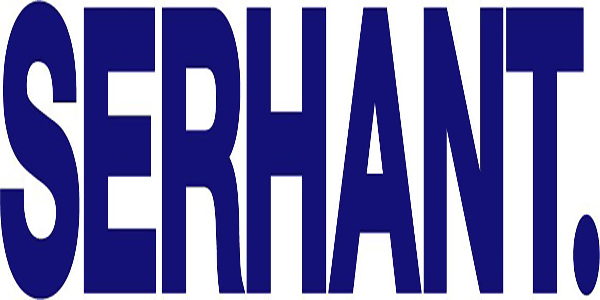 SERHANT., a multidimensional real estate brokerage that sits at the intersection of media, entertainment, education and technology, today announced that it has acquired Engineer Influence, a performance marketing and executive personal branding agency, and tapped the company’s founder and CEO Calvin Hamilton as the firm’s Director of Social Media.

In this newly created role, Hamilton will lead efforts to amplify SERHANT.’s digital marketing and help solidify SERHANT. as an industry leader in social media content production and distribution. In addition to the firm’s social media channels, Hamilton and his team have plans to bolster social media for SERHANT. agents that will help deepen their digital presence and drive more business.

While Hamilton officially joined SERHANT. in July, he had been on the team’s radar long before. Ryan Serhant happened to be one of Engineer Influence’s first clients and was immediately impressed with Hamilton. Serhant enlisted the agency to manage social media advertising for his personal brand, which gained about 700,000 followers on Instagram within a year, as well as his digital education platform, Sell It Like Serhant, which had an extremely successful launch and has since transformed into SERHANT. Ventures.

When Hamilton founded Engineer Influence in 2019, he was just 19 years old. He established an international presence with a team of nine employees across the U.S, UK, Canada, Mexico, Argentina and the Philippines that helped him reach multiple six-figures in annual revenue.

“SERHANT. is the most-followed real estate brand in the world and we have reached this position through a combination of leveraging entertainment, education and constant evolution,” added Ryan Serhant, CEO/ Founder and Broker, SERHANT. “The way we will stay #1 is by hiring people like Calvin: creators, social strategists, those who push the boundaries and create new categories and by creating positions for them where they are free to make a difference.”

Prior to his entrepreneurial endeavors, Hamilton spent nearly two years at VaynerMedia where he was hired by CEO Gary Vaynerchuk, to help oversee content production and distribution across Facebook, LinkedIn, Instagram and YouTube for his personal brand “GaryVee.” He also worked on a handful of projects for VaynerMedia’s Fortune 500 clients, including the launch of the “Apple Support” YouTube channel, optimization of Mountain Dew’s 2018 Super Bowl commercial on YouTube and production of the “#AskGaryVee with Chase for Business” with JPMorgan Chase. Hamilton is also an advisor at SoaR Gaming, a gaming and lifestyle brand located in Toronto; as well as Founder of createcontent.io, an online content creation platform that helps businesses outsource their content marketing needs quickly and affordably.