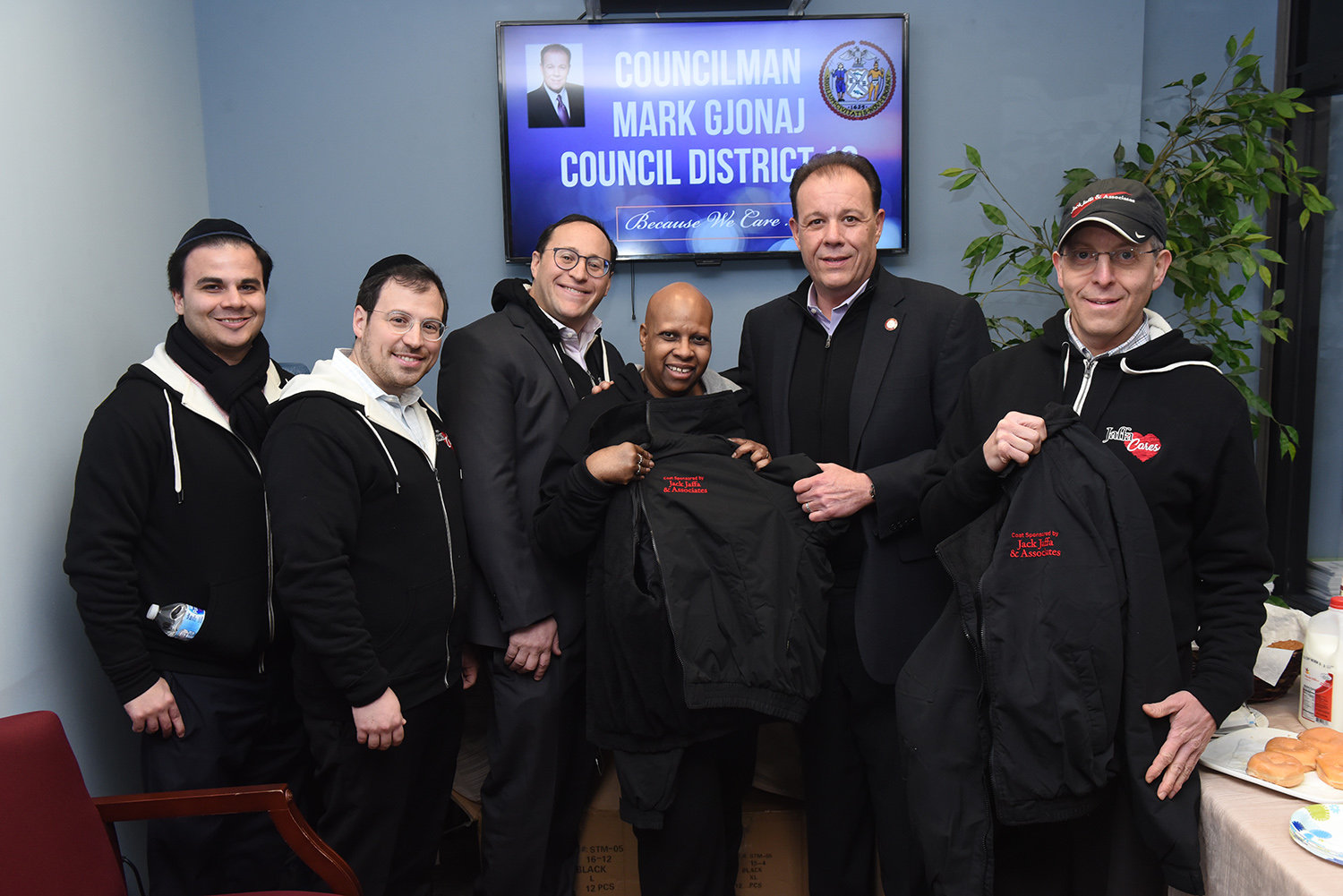 Thousands of New Yorkers’ lives have been changed for the better due to the joint efforts of Councilmembers Torres, Deutsch, Salamanca, Cornegy and Gjonaj, as well as Catholic Charities and JaffaCares – the philanthropic arm of Jack Jaffa & Associates, New York’s largest violations removal service providers.

This joint venture with some of the city’s most prolific charities and influential politicians had its origin on back in December 2017 when 13 people including 5 children, tragically lost their lives in the Belmont fire started by a toddler who had access to an unprotected stove.

Jack Jaffa, CEO of Jack Jaffa & Associates reached out to over 30 Councilmember offices and together distributed thousands of stove knob safety covers to their constituents.

The launch of the initiative took place on December 4th, 2018 at a press conference at the location of the tragedy in the Bronx, where the relationships were solidified, and the groundwork was laid out for the next initiative – The New York Warm Initiative.

Over the ensuing weeks, Jack ordered hundreds of winter coats in all sizes and together with a select group of city council board members and in conjunction with Catholic Charities, worked through the logistics of combining forces to reach the needy. “They have the coats and we have the people” said Fr. Eric Cruz of the partnership. “This is an exciting moment to forge a new friendship and surprise the needy”.

Alice, one of the recipients of the coat drive, wrote to the Jaffa team remarking on the efficiency, compassion and attitude of the Jaffa staffers who ran the event. “In these trying times, it’s always heartwarming to meet such lovely people who not only preach about caring but actually practice it.”

Borough president Ruben Diaz Jr. thanked Jack for “doing God’s work”. While the coats were being given out and seeing the gratitude from the recipients, Councilman Mark Gjonaj expressed his heartfelt sentiments to the press, “as you can see, Jack, you are making a difference in the lives of many”.

“There are many people with good will, there are few however, who make an impact like Jack Jaffa & Associates is making both for the community at large, in the halls of legislature and on behalf of our clients”, said Michael Jaffa, COO of Jack Jaffa & Associates. “It’s all about giving back and we are blessed to have such incredible partners”.

JaffaCares, which is Jaffa’s philanthropic division is not slowing down anytime soon either. There are several initiatives in the pipelines, some of which may lead to be of great value to Jaffa clients on many levels. There’s good reason that Jack Jaffa & Associates is the largest building violation monitoring and removal firm in NYC and growing. Their forward thinking and out of the box approach to acting on behalf of their clients, while never forgetting about the individual, truly makes them a leader in the greatest city in the world. Find out more at: http://www.jaffacares.com/