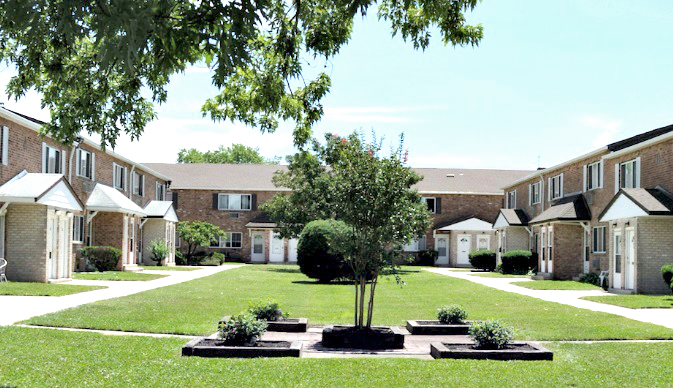 In the Metro Philadelphia apartment submarket, where the vacancy rate remains below the Northeast average, Gebroe-Hammer Associates has arranged three multi-family sales, including the $32.1 million trade of Woodland Village, located at 401 E. Gibbsboro Rd., in Lindenwold, N.J. The brokerage team of Senior Vice President Eli Rosen and Sales Associate Eli Herskowitz exclusively represented the seller and procured the buyer in the Camden West submarket sale.

In Lindenwold, an emerging enclave for single millennials and established executives with families who favor the borough’s lower cost of living as compared to Philadelphia, Rosen and Herskowitz orchestrated the trade of Woodland Village on behalf of the seller, Odin Properties LLC, and procured the buyer, a private investor. Built in 1970, the 546-unit garden-style community features a mix of one- and two-bedroom layouts ranging from 670 SF to 829 SF.

Adding to Gebroe-Hammer’s latest Greater Philadelphia transaction pace are two sales involving a total of four separate properties. Within Philadelphia proper, Rosen exclusively represented the seller and procured the buyer in the $3.1 million trade of 42 units at 6300 Magnolia St. and 6323 Carnation St., occupying two city blocks in the Germantown section of Philadelphia. He also closed the sale of two outer-suburb Delaware County properties comprised of 16 apartment-rental units located at 1214 2nd St., and 7-11 and 13-19 Upland Ave. in the two boroughs of Eddystone and Upland, respectively.

Cushman & Wakefield announced that the real estate services firm has been retained on an exclusive basis to market a five-story vacant commercial building for sale, located at 240 Fifth Avenue near Manhattan’s Madison Square Park in the booming NoMad district. The asking price is $27,000,000.

240 Fifth Avenue features five stories plus a basement and tremendous ceiling heights ranging from 10’-14’. The approximately 12,395 square-foot property is located between West 27th and 28th Streets and features 28’ of frontage. The property is vacant, offering a unique opportunity for an end-user or a mixed-use/boutique office investor that could benefit from the soaring rental market for both office and residential in this area.

With landmarks approval, the building could be redeveloped to approximately 28,170 total buildable square-feet and features approximately 15,775 square-feet of unused air rights. Due to an influx of new development and a surge in TAMI companies occupying the area’s office stock, the neighborhood has grown to include some of the city’s most popular restaurants, a dynamic retail environment and expanding residential community.

Houlihan-Parnes Realtors, LLC announced the sale of the Shrewsbury Arms apartments located at 1-19

Although not eager to sell, the ownership concluded the sales price should be accepted due to the current interest rate environment.

As Downtown Miami prepares for a wave of new development, one of the few remaining land sites in the area has traded in a $14.5 million sale to investor Yair Levy and his company Time Century Holdings. Located at 1 NE 1st Street in the heart of Downtown Miami’s Jewelry District, the Metro Mall site was listed by Mika Mattingly, Gerard Yetming and Linn Ashberg of Colliers International on behalf of seller Metro Mall Limited. The buyer was represented by Wedad Saad Anderson of New Capital Realty.

The sale marks the first purchase in South Florida for Yair Levy, a prominent New York-based investor and developer who has proactively diversified his portfolio of holdings after a contentious legal battle resulted in a ban from selling residential condominiums and co-ops in New York State. His firm has announced plans to renovate the existing 225,000 square-foot building that sits on the 33,730 square-foot corner lot into a jewelry center. With generous vertical T6-80 zoning under the Miami 21 ordinance, the site is also well-positioned for future development plans by the new buyer.

The site is positioned within a four-block radius of more than one hundred jewelry stores downtown.

The neighborhood is home to one of three jewelry districts in the United States and generated more than $850 million in sales during 2016 alone, signaling the continued upward trend of consumer spending and investment in the submarket.

This is a seven story elevator apartment building with 71 apartments and approximately 25 parking spaces and a laundry room.

Op-ed: To meet housing needs, public-private partnerships a must