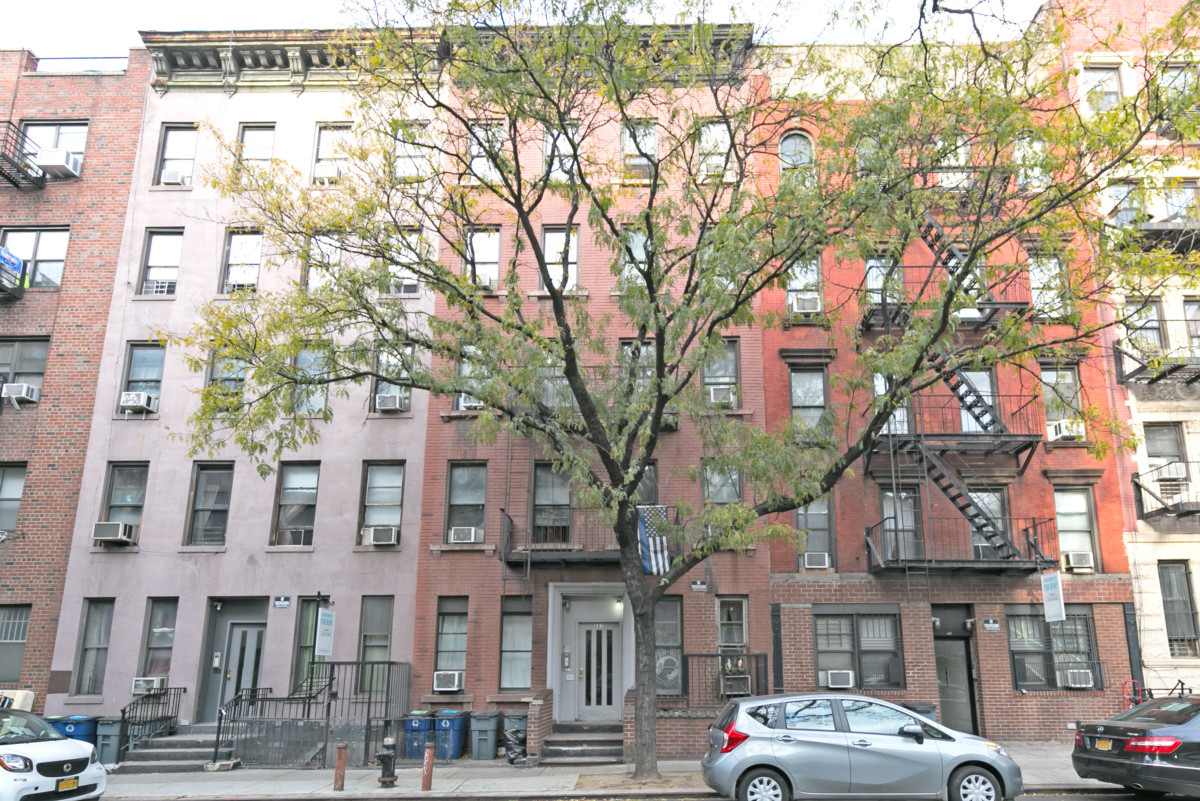 “HUBB NYC is very excited about this transaction and appreciative of the opportunity to work with the sellers and HFF,” said Jesse Terry, HUBB NYC Director of Acquisitions.  “We can only hope to acquire more assets like this one.”

“We’re thrilled to close the sale of this property, which is one of the largest Manhattan retail trades in 2017,” Rizzi said.

“The transaction demonstrates that there is still a healthy appetite for retail investments, particularly those with strong locations and stable cash flow.”

“A number of lenders aggressively pursued this opportunity; however, Allianz Real Estate of America was ultimately selected due to its outstanding track record and strong long-term, fixed-rate quote,” added Aiese.

The Sweden-based Akelius continues to expand its East Coast holdings. The company announced that it purchased 90 Clinton Avenue in Clinton Hill, Brooklyn, for $13.3 milion.

Ralf Spann, Akelius Country Manager US, said: “We will continue to look for opportunities to grow further, especially in Brooklyn and on Manhattan.”

Both the Capitol East Apartments at 816 East Street NE and the Lexington Apartments at 1114 F Street NE were built in 1927.and are located five kilometers east of the White House.

Business booming in Little Italy of The Bronx

Marco Lala has closed on the $26.5 million sale of a 10-building Bronx portfolio.

The Marcus & Millichap broker represented both the seller and the buyer, a partnership of Brooklyn Standard Properties and Cohen Commercial.

The portfolio comprises 104 residential units in the Fordham/Belmont neighborhood. The seller is L.A.L Property Management Corporation, a NYC development and property management company run by Leslie A. Lerner.

Lalla sold this portfolio for the original developer to the current seller almost 10 years ago as they were being built.

He said, “The properties are primarily rented to Fordham University students and St Barnabas medical students. Although rent stabilized, these properties are operated as a form of high-quality off campus housing.

“I’ve been calling the Little Italy section one of the Bronx’s best kept secrets. It’s actually a thriving sub market and major destination point amongst all the boroughs.ˮ

With this 10 building sale, Lalaʼs team has closed on over 60 properties in the neighborhood.

A & E Real Estate Holding has purchased another chunk of Ares Management’s portfolio.

Aaron Jungreis represented both the buyer and the seller, Ares Management.

Built between 1913 and 1941, the seven properties are comprised of both elevator and walk-up apartment buildings that sold for 14.5 times its annual rent roll. The cap rate is 4.25 percent.

Over the past three years, A&E has around 40 buildings from Ares Management.

In 2011, AREA bought Vantage out of its stake, and then, in 2013, Ares, a Los Angeles-based global alternative asset manager, acquired AREA Property Partners.

Cignature Realty Associates recently closed the sale of a three-building multifamily portfolio with 34 low-rent apartments in Hell’s Kitchen for $15.5 million.

The three adjacent five-story buildings were owned by the same long-term owner for 39 years and together total 24,515 s/f. They were built in 1901.

The buildings sold for 23.36 times the current annual rent roll and at a 2.38 percent cap rate. The price per square foot is $632.

Riverbrook continues to bulk up on residential

RBE and its partner, Blue Onyx Group, jointly purchased the property for $11.3 million.

The property is 94 percent occupied and the buyers intend  to upgrade the exterior of the property and interior units to increase rents, in conjunction with increasing the property’s operational efficiency, where RBE believes there to be significant additional upside to the operating margins.

Karly Iacono, associate director of Marcus & Millichap’s National Retail Group, said, “The high barriers to entry for new construction in West Mitford and the attractiveness of the market in Northern New Jersey for income-producing properties add to the intrinsic value of this asset.”

Iacono represented the seller, a private client. The buyer is a private investor undergoing a 1031 exchange.

Built in 2009, the property is located on West Mitford’s main retail corridor, Union Valley Road. A Shoprite-anchored plaza is directly across the street.

Savanna announced the acquisition of 31 West 27th Street, a 12-story, 144,500 s/f office and retail building located on 27th Street between Broadway and Sixth Avenue in NoMad.

The Beaux-Arts style building, featuring paneled limestone and cast-iron columns, originally constructed in 1910, is a loft-style building with open floor plates of 11,578 s/f and barrel-arched ceilings.

Savanna plans to implement a capital improvement plan that includes renovations of the lobby, building systems, façade, roofs, and sidewalk vault. It will also renovate and reposition the retail storefront.

Savanna has engaged Paul Amrich, Neil King, and Patrice Meagher of CBRE to lead office leasing efforts at the property.

Cooper Kramer, Managing Director of Savanna, commented, “Our aim is to implement strategic renovations that will make this property an even more compelling proposition for office tenants seeking the best of New York, as well as a prime retail destination within a dynamic area that continues to transform.”

Hodges Ward Elliott’s Will Silverman, Paul Gillen, and Daniel Parker represented the seller on the sale.

Holliday Fenoglio Fowler represented Harbor in the sale of The Addison at Princeton Meadows, a garden-style apartment community in Plainsboro.

HFF previously brokered the sale of the property to the seller in 2014.

The Addison at Princeton Meadows is located at 1912 Pheasant Hollow Drive in the affluent Princeton submarket. It has studio, one- and two-bedroom units averaging 759 s/f each, a fitness center, outdoor adult and children’s pools, basketball and tennis courts. It’s also located next to the Meadows at Middlesexgolf course.

“The demand for core plus multifamily in the State of New Jersey remains very high and investors are continuing to underwrite renovation premiums,” said Cruz.

TerraCRG and Rosewood Realty Group have been retained by Kushner Companies to sell two multifamily properties at 18 Sidney Place and 144 Willow Street, in Brooklyn Heights.

“This presents an incredible opportunity to purchase multifamily properties in one of the city’s most coveted neighborhoods,” said Laurent Morali, president of Kushner Companies.

“We’re thrilled to unveil these fully renovated buildings, which feature high-end finishes and an ideal location in the exclusive Brooklyn Heights Historic District.”

The buildings combine for 18,105 s/f and 29 residential units, of which 27 are market rate and two are rent stabilized units. There are 11 studio apartments, 14 one-bedroom s and four one-bedroom duplex apartments. 144 Willow Street has a 2B tax class, limiting New York City property tax increases.

“It is incredibly rare that something comes available for sale in Pound Ridge, an ultra-affluent market that commands lease rates and property values at the top end of the Westchester County market,” noted Colliers’ Enzennio Mallozzi, who is heading the assignment.

“The lack of suitable land for expansion makes the area even more attractive for investors.”

Pound Ridge stands out as one of the wealthiest communities in the United States based on average household income ($291,216) and median home price ($927,300), according to Mallozzi. The community sits just 30 minutes north of Manhattan by car.